Total replacement of fishmeal and fish oil in largemouth bass feed is both feasible and economically viable, according to a new study published in the journal Aquaculture Research. 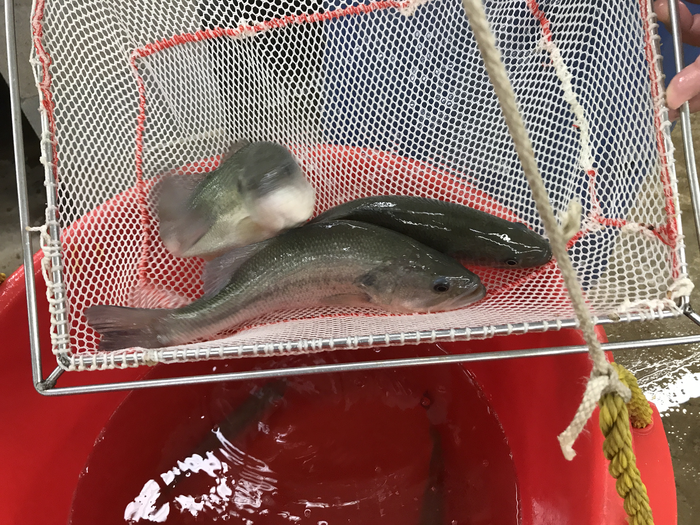 Total replacement of fishmeal and fish oil in largemouth bass feed is both feasible and economically viable, according to a new study published in the journal Aquaculture Research.

The fish fed experimental feeds without fishmeal or fish oil also had higher DHA-to-EPA ratios than those fed commercial feeds, with algae oil having the highest ratio. Consumers ultimately benefit from these higher amounts of heart and brain healthy DHA and EPA from eating the fish.

Largemouth bass, which is native to North America, was first introduced into mainland China in 1983. Today, the vast majority of the farm-raised largemouth bass is cultivated and consumed in China—an estimated 432,000 tons in 2018 according to the China Fishery Statistics Yearbook. As the world’s largest producer of farmed fish, China is working toward more sustainable farming practices nationwide.

“This will also come as good news for fish farmers in China at a time when consumers are shifting their appetites toward high-value species like largemouth bass that consume large amounts of fishmeal and fish oil,” said Ewen McLean, lead author of the study and principal at Aqua Cognoscenti. “Switching to locally sourced, and often cheaper feed ingredients could help put more money in the pockets of fish farmers.”

The price of fishmeal has increased 3.4-fold over the last 20 years, and the present-day cost is around $1429. On the other hand, the price for soybean meal, an often-used substitute for fishmeal in aquafeeds, has risen 2.8-fold over the same timeframe and is roughly half the price according to Index Mundi. Alternatives to fish oil, such as soybean and canola oils are on average less expensive as well and can be blended with other plant-based oils to meet fish nutritional needs while keeping costs low, as was done in this study.

According to a 2018 study in Nature Sustainability, if current use of fishmeal and fish oil by the animal feed sectors remain the same, forage fish populations will be overextended by 2050, or before.

Commercially valuable species such as salmon, cod and tuna, as well as marine mammals and seabirds depend on forage fish in the wild. Since over 50 percent of seafood is farmed, the variety of seafood on consumers’ plates could shrink without innovation in “fish-free” feeds, since they rely on wild-caught resources.

This study is a step towards removing the supply chain bottlenecks by testing more available and sustainable ingredients that will make seafood available into the future. The study was supported by the F3 – Future of Fish Feed’s Feed Innovation Network.

The F3 – Future of Fish Feed is a collaborative effort between NGOs, academic institutions, and private partnerships to accelerate the commercialization of innovative, substitute aquaculture feed ingredients to replace wild-caught fish.