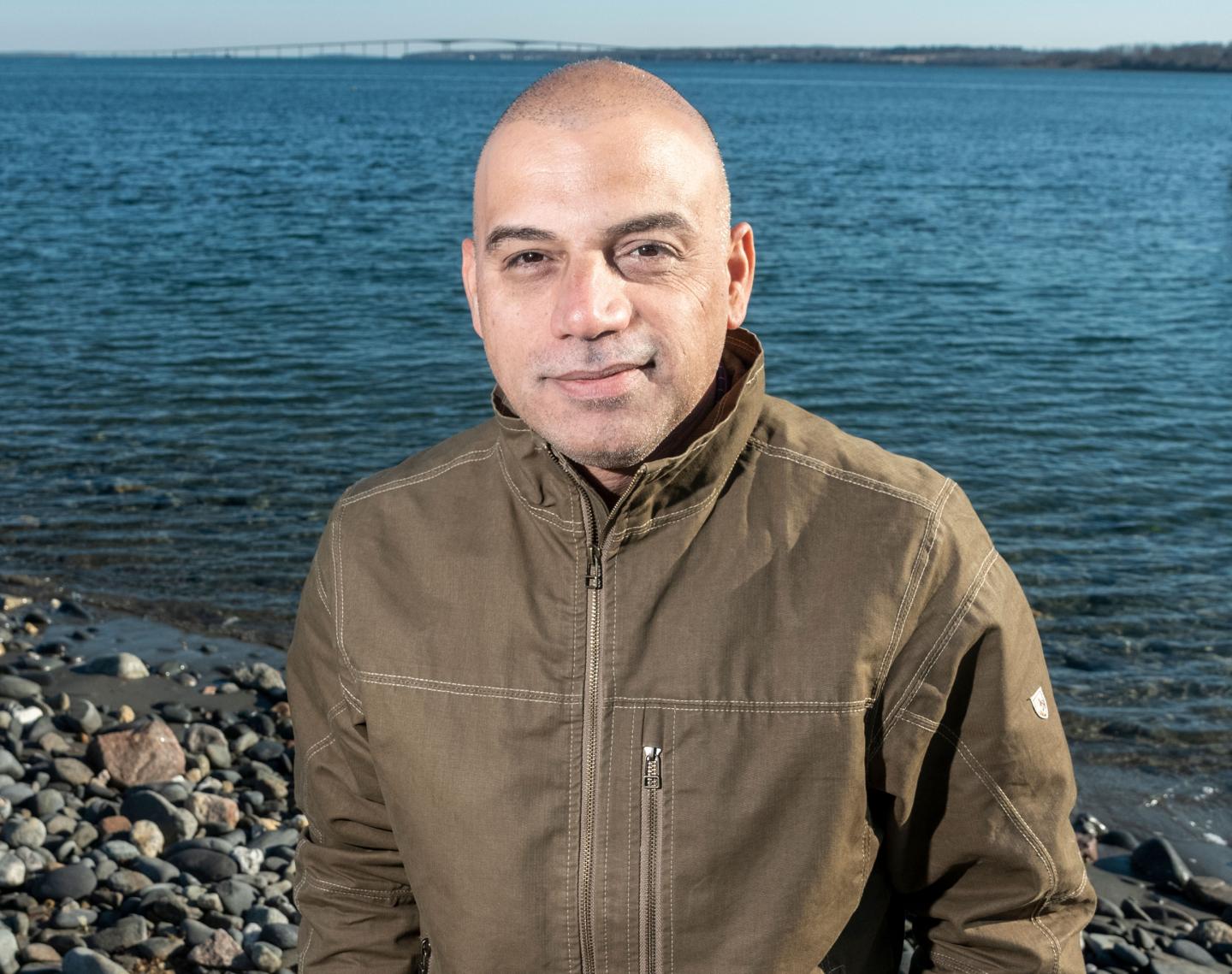 KINGSTON, R.I., — March 21, 2019 – Offshore renewable energy is an emerging and rapidly growing industry in the United States and around the world. With projects in motion to install approximately 24 gigawatts of proposed capacity for offshore wind energy in the U.S., the ocean presents the next vast and largely untapped renewable energy resource that could be harnessed to help meet the world’s growing demand for electricity.

“Fundamentals of Ocean Renewable Energy: Generating Electricity from the Sea,” written by M. Reza Hashemi, assistant professor in the Department of Ocean Engineering and Graduate School of Oceanography at the University of Rhode Island, in collaboration with Simon Neill, a reader in physical oceanography in the School of Ocean Sciences at Bangor University in Wales, U.K., is the first textbook of its kind on ocean energy.

“With the recent investments in academic and industrial research for the development of tidal, wave, offshore wind and other ocean renewable energy projects, the time was right for such a textbook,” said Hashemi. “There is an enormous untapped energy resource in the ocean with the potential to increase our energy independence and reduce our impact on the environment.

Over the past several years, great strides have been made in developing onshore wind and solar energy as ways to reduce our dependence on fossil fuels. In the Northeast – and particularly in Rhode Island – we are uniquely positioned to do the same as it relates to offshore renewable energy. Our proximity to the first U.S. offshore wind farm off Block Island, our strong connections to the marine industry, and URI’s own respected programs in the College of Engineering and Graduate School of Oceanography make us an ideal place to invest more in education and research in this area.”

In addition to this new 336-page textbook, Hashemi has published more than 35 peer-reviewed journal articles, primarily focused on ocean renewable energy and coastal engineering. His research focuses on ocean physics, mostly related to ocean renewable energy and coastal resilience (e.g. flooding and erosion). In addition, he has developed/co-developed and taught several undergraduate and graduate courses about renewable energy, including “Ocean Renewable Energy” and “Energy and the Environment,” at URI. Part of the motivation behind this book sprang from his desire to provide a textbook for these courses.

Published by Academic Press Elsevier, the book covers a range of ocean renewable energy topics. It presents the fundamental physics and theory behind ocean energy systems, covering both oceanographic and engineering aspects of ocean energy, and explores the most widely adopted conversion technologies, including tidal, wave, offshore wind, ocean thermal and currents.

Dr. Anne Bertolotti to present at the 6th Aging Research for Drug Discovery Forum in Basel

JAMA viewpoint: Physicians’ trust in one another is a care…