In the warm climate of ancient Canada, early primate relatives adapted to life in the high Arctic, albeit with limited biodiversity, according to a study published January 25, 2023 in the open-access journal PLOS ONE by Kristen Miller of the University of Kansas and colleagues. 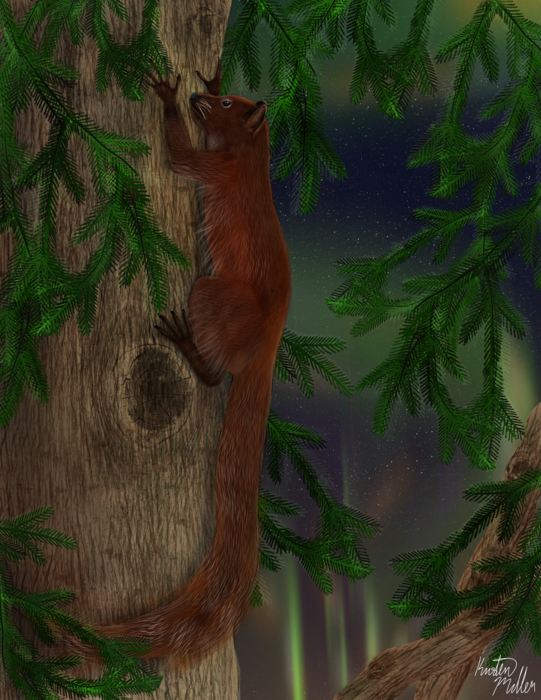 In the warm climate of ancient Canada, early primate relatives adapted to life in the high Arctic, albeit with limited biodiversity, according to a study published January 25, 2023 in the open-access journal PLOS ONE by Kristen Miller of the University of Kansas and colleagues.

The Eocene Epoch was a time of intense global warming, providing a crucial case study for examining how ecosystems react to changing climates. Fossils from Ellesmere Island, Canada provide evidence of a warm, swamp-like environment around 52 million years ago, despite half the year spent in Arctic winter darkness. In this study, Miller and colleagues identify two new species, the first primate relatives ever reported from this ancient Arctic ecosystem.

Based on fossil fragments of jaws and teeth, the researchers identified the new species as close relatives of early primates, here named Ignacius dawsonae and Ignacius mckennai. Compared to similar species from more southern localities, this pair features distinct adaptations for their unusual environment. Both species are relatively large, a common trait in northern mammals, and both exhibit dental features that suggest a diet of hard food items, possibly an adaptation for feeding on tougher foods during long, dark Arctic winters where softer meals were hard to come by.

During the Eocene, the lower latitudes of North America were home to many early primate relatives, but only these two species are known from this Arctic community, adding to previous evidence that this ecosystem experienced limited biodiversity compared to more southern habitats. The researchers suggest that while warming climates allowed certain organisms to migrate northward, such movement might be limited by factors such as long periods of Arctic darkness. Such insights are crucial for predictions about how ecosystems might react to modern warming climates.

The authors add: “Global warming is transforming Arctic ecosystems in ways that are difficult to predict, but ancient episodes of global warming show how future changes in the Arctic might unfold. The first primate-like fossils ever recovered north of Arctic Circle show that these tropically adapted mammals were able to colonize the Arctic during an ancient episode of global warming approximately 52 million years ago by adopting a new diet of nuts and seeds that enabled them to survive six months of winter darkness.”

In your coverage please use this URL to provide access to the freely available article in PLOS ONE: https://journals.plos.org/plosone/article?id=10.1371/journal.pone.0280114

Funding: This research has been supported by a grant (2017-2021) from the David B. Jones Foundation (dbjonesfoundation.org) to KCB. The funders had no role in study design, data collection and analysis, decision to publish, or preparation of the manuscript.