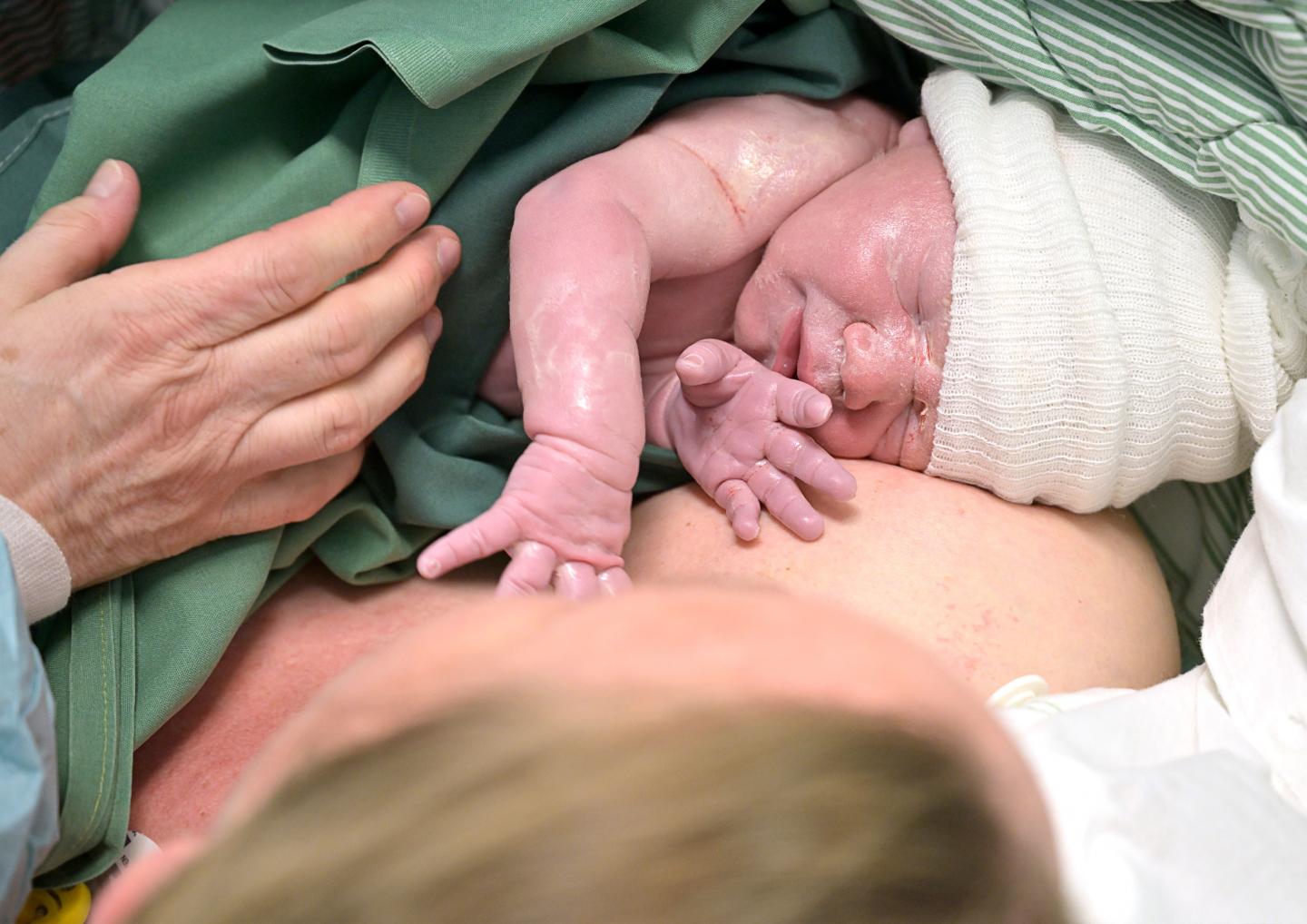 A boy 48 centimeters long, weighing 2900 grams, is the first baby born after the technological shift in Gothenburg’s world-leading research on uterine transplantation. The birth, with the planned cesarean delivery (C-section), took place on Monday April 8th and the whole family is doing fine.

“It’s a fantastic feeling to deliver such a special, longed-for child. To have been part of the whole process, from the first meeting with the couple to the uterus transplant, and now to see everyone’s joy when what we’ve hoped for becomes reality. It’s simply wonderful,” says Pernilla Dahm-Kähler, a leading robot-assisted surgeon and gynecologist on the team and research scientist at Sahlgrenska Academy, University of Gothenburg.

This baby is the first to be born within the scope of this research project. He has come into the world after a uterine transplantation in which the donor, the recipient’s mother, was operated on with robot-assisted keyhole surgery. This method is considerably less invasive for the donor than traditional open surgery.

“This is an extremely important step towards developing the surgery involved in uterine transplantation, and its safety. For the first time, we’re showing that the less invasive robot-assisted surgical technique is practicable.”

The donor is operated on through one-centimeter incisions in the abdomen. The robotic arms holding the surgical instruments are guided by two surgeons, one on each side of the patient. Each surgeon sits at a personal workstation a few meters away, with a joystick-like tool and magnified 3D screen image that allows immense precision for operating deep inside the lower abdomen.

Towards the end of the procedure, another incision is made so that the uterus can be removed. It is then immediately inserted in the recipient by means of open surgery. The new technique makes a big difference for the donors, who generally feel better afterwards and get back on their feet faster.

Niclas Kvarnström is the transplant surgeon in charge within the project, and the person who performs the intricate task of connecting vessels in the uterus recipient.

“In the future, we’re also going to be able to transplant the uterus in the recipient using robot-assisted keyhole technique.”

In the current case, the transplantation was carried out at Sahlgrenska University Hospital in October 2017. Ten months later an embryo, which had come into being through IVF (in vitro fertilization) before the transplantation, was inserted in the transplanted uterus, and a few weeks later the doctors were able to confirm pregnancy, with a distinct heartbeat. The pregnancy has been free from complications, with the mother in good health throughout; now, it has thus ended with a planned C-section at 36 weeks pregnant.

The child now born is the number nine in Sweden following a uterus transplant and number one in what the researchers call “the Robot Project” — in which more pregnancies and babies are expected in the years ahead. Six transplantations were performed in 2017-2018, and the team is also posed to perform the first uterine transplant using an organ from a deceased donor.

To date, a total of 15 babies worldwide have been born from a transplanted uterus. Besides the nine born within the scope of this Sahlgrenska Academy research, there are two in the United States and one in each of Brazil, Serbia, India and China.

Mats Brännström points out the great importance of the technique, developed over more than 15 years’ research at Sahlgrenska Academy, now also functioning elsewhere in the world — in several cases following direct technology transfer from the team at Sahlgrenska.

More about the research: https://sahlgrenska.gu.se/english/research/uterus

State alcohol policies may affect aggression- and driving-related harms from…

InDepth Pharmaceuticals moves ahead with diagnostic to predict kidney…