Pollution up to 5 times over international guidelines 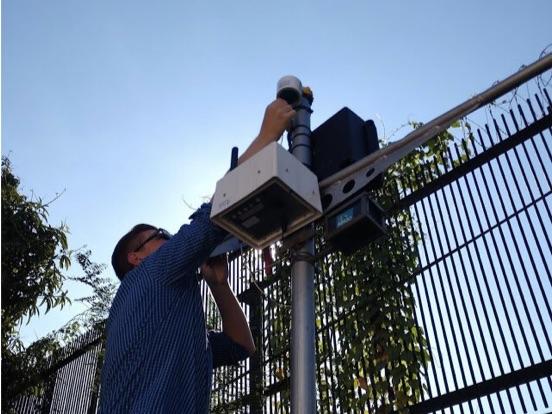 Ambient air pollution is a global public health crisis, causing more than 4.9 million premature deaths per year around the world. In Africa, it has surpassed AIDS as the leading cause of premature death. According to one study, air pollution–specifically, fine particulate matter (PM2.5)–may cause at least as many as 780,000 premature deaths annually in Africa and worsen a significant number of diseases, including asthma, lung cancer, and chronic obstructive pulmonary disease.

Kinshasa, capital of the Democratic Republic of the Congo, and Brazzaville, capital of the Republic of Congo, are both large metropolises. However, neither Kinshasa (population 14. 3 million) nor Brazzaville (population 2.4 million) have had comprehensive air quality monitoring programs. There are no national ambient air quality standards in either country, according to an analysis done by the UN Environment Programme.

A new study, led by Lamont-Doherty Earth Observatory atmospheric scientist Daniel Westervelt and Columbia University undergraduate student Celeste McFarlane, has yielded the first-ever multi-year ambient PM2.5 dataset in Kinshasa and Brazzaville. The team deployed a cadre of low-cost sensors and interpreted data in the context of changing weather and changing human activity related to COVID-19 stay-at-home orders. The study was supported by two local universities and their scientists in both cities, and is published online on Aerosol and Air Quality Research.

What it shows is concerning. During the investigation, which began in March 2018, researchers found PM2.5 is highest during the dry season–June, July, and August–when it is up to five times higher than World Health Organization guidelines. It is lower in the remaining months, thanks in part to rainfall, but even then, it is more than four times higher than WHO guidelines.

The study also found that last year’s stay-at-home and lockdown directives in response to COVID-19 corresponded to a 40% decrease in PM2.5.

“We were able to demonstrate that it is possible to robustly characterize air quality in African megacities using well-calibrated, relatively simple, cheap devices,” Westervelt said.

He added that given the health risks from air pollution, this data is urgently needed to draw attention to the problem. Researchers hope this study will lead to more concerted efforts to characterize sources of air pollution and develop strategies to mitigate the negative health impacts.