Firearm suicides fell worldwide since 1990, but rose in 31 countries

From 1990 to 2019, deaths from suicide by firearm declined throughout the world, but some countries saw an increasing trend. Irena Ilic of the University of Belgrade, Serbia, and colleagues present these findings in the open-access journal PLOS ONE on May 25, 2022. 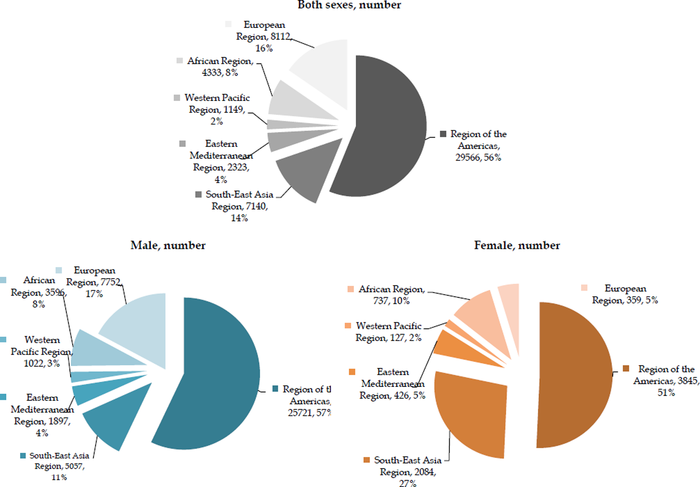 From 1990 to 2019, deaths from suicide by firearm declined throughout the world, but some countries saw an increasing trend. Irena Ilic of the University of Belgrade, Serbia, and colleagues present these findings in the open-access journal PLOS ONE on May 25, 2022.

Firearm suicides represent a significant public health concern in many countries. Tracking and understanding firearm suicide statistics can help inform efforts to reduce deaths. However, few studies have examined death rates from suicide by firearm at a global scale.

To improve understanding of this issue, Ilic and colleagues analyzed firearm suicide data for men and women from 204 countries and territories, spanning the period from 1990 to 2019. Using this data, they calculated age-standardized mortality rates from suicide by firearm; this measurement accounts for variations in firearm suicide mortality rates observed between different age groups and the different proportions of people of different ages making up different countries’ populations.

By 2019, the analysis found that 52,694 firearm suicide deaths occurred worldwide, giving an age-standardized mortality rate of 0.65 deaths per 100,000 people. Worldwide, rates were six times higher for men than for women in this year (45,110 deaths in men and 7,584 in women). The highest firearm suicide rates, for both men and women, were in Greenland and the U.S., followed by developed nations including France, Canada, Finland, Switzerland, and Norway. Rates were lowest in China, Japan, and Singapore.

Worldwide, firearm suicides decreased between 1990 and 2019, with the biggest decreases seen in Singapore, Sri Lanka, Australia, and Switzerland. However, increases were seen in 31 countries, particularly in developing countries, including Jamaica, Venezuela, and Egypt. In some countries, such as Afghanistan, rates increased for women but not for men.

The authors note that the data used for this study may suffer from incompleteness for some countries, as well as a lack of standardization of suicide data between countries. Nonetheless, the findings could help inform public health efforts to reduce firearm suicides around the world.

In your coverage please use this URL to provide access to the freely available article in PLOS ONE: https://journals.plos.org/plosone/article?id=10.1371/journal.pone.0267817