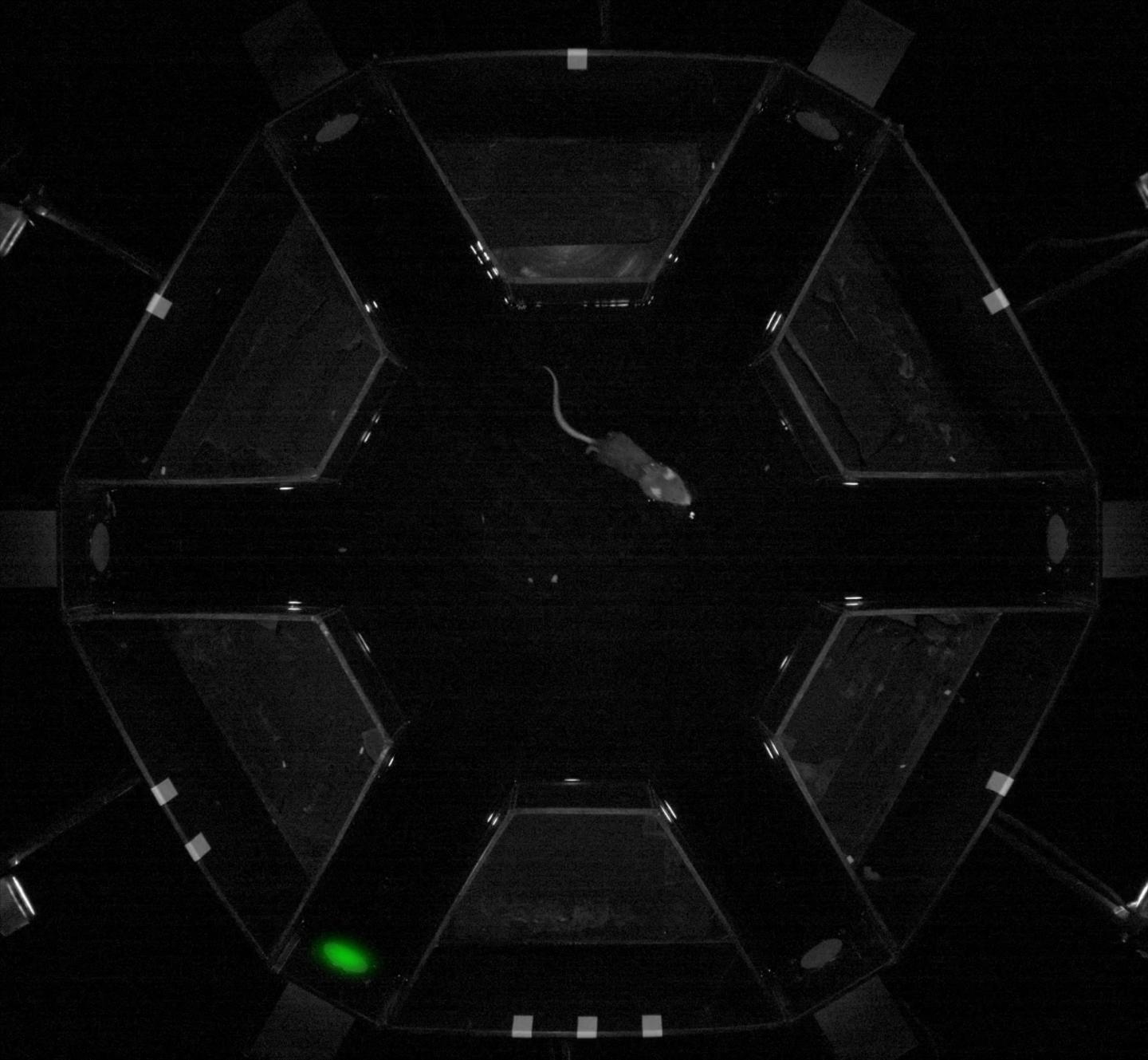 How mammals perceive light changes between night and day. Researchers at Aalto University and the University of Helsinki discovered that mice were better at finding a dim light in pitch-darkness in experiments done at night time compared to ones done during the day time. The scientists were surprised to find that this effect had very little to do with any changes in the eye itself, and was instead controlled by how the mice actually searched for light in the dark, and how their brains processed signals at night vs. day. The results are exciting for neuroscientists interested in how animals and humans can see, and biologists interested in how the time of day alters our bodies, including sensory processing.

Many types of animals behave differently during day and night time. While the “body clock” has long been known, its effect on how different parts of the body function still aren’t fully understood. For instance, researchers knew that the retina, the part of the eye that detects light, has its own circadian rhythm. The team at Aalto and Helsinki Universities were interested in seeing if the eye’s internal clock affected vision, so they modified one of their previous experiments to find out.

‘Our research group is able to link if a mouse can find a dim light in the dark to the mouse’s underlying retinal nerve signals at the sensitivity limit of vision.’ said Professor Petri Ala-Laurila, the research group leader. ‘This allowed us to explore how the day/night cycle changes the mouse’s visual capability, both down in the neural circuit level and all the way up to behaviour responses at the sensitivity limit of vision’

Finding your way in a pitch-dark maze

Earlier this year, Professor Ala-Laurila’s group demonstrated how the eyes of mice detect faint light in near-total darkness. This allowed them to link the mammalian visually-guided behaviour to individual neural impulses, an important world-first for neuroscience. The experiment involved placing a mouse in a maze in total darkness, with a faint light next to the exit of the maze. The mouse is trained to know that the light leads to the way out. They repeated this experiment for this new study, doing some of the tests during the day, and some during the night. They observed that the behaviour change – the mice were better at spotting the light at night than during the day. They were expecting this result, but they also observed that the nerve impulses leaving from the retina themselves did not cause the difference, which was a surprise.

So, if the nerve signals from the eyes aren’t changing, how could the mice be seeing better at night? The researchers were able to answer this using their new laboratory set up. A big part of the technique invented by the group at Aalto involves using high-tech night vision cameras and their own deep-learning based software to accurately track how the animals moved, and what they could see. The team observed that during the night time experiments, the mice searched for the light more effectively by scanning the environment for example by turning around more. Once the night group learned this behavioural strategy after searching at night, they were then also able to use it during the day, solving the maze puzzles quicker in day experiments than identical mice who’d never attempted it at night.

‘Previously, it had not been possible to measure behaviour as accurately as our group now can, so researchers had to treat mice as having a predefined set of behavioural rules in experiments like this. It’s exciting to now show that even in the simplest of tasks – finding a light in the dark – animals can use vastly different behavioural strategies and, what’s more, we are able to quantify day/night differences in them.’ said Sanna Koskela, a PhD student at Helsinki University and the first author of the paper in Current Biology which published the results.

Internal Clock effects on the eye

The team now hope to further investigate the effects the circadian rhythm has on the eye. Although this specific test doesn’t appear to show any signal effects from time of day, it is just one of many visual tasks the eye can perform at low light level, and others may yet still show circadian influence.

‘We now have a remarkable opportunity to study sensory performance from the retina to behaviour in dim light, including things like how circadian rhythm controls it. Our next set of experiments will explore how the brain processes weak signals originating from increasing and decreasing light intensities in the retina at different times of day and night. This will help us understand more deeply how mammals see at low light levels.’ said Professor Ala-Laurila

Tweaks behind the rebirth of nearly discarded organic solar technologies

Light pollution can suppress melatonin production in humans and animals

Birds and bats have strange gut microbiomes — probably because…