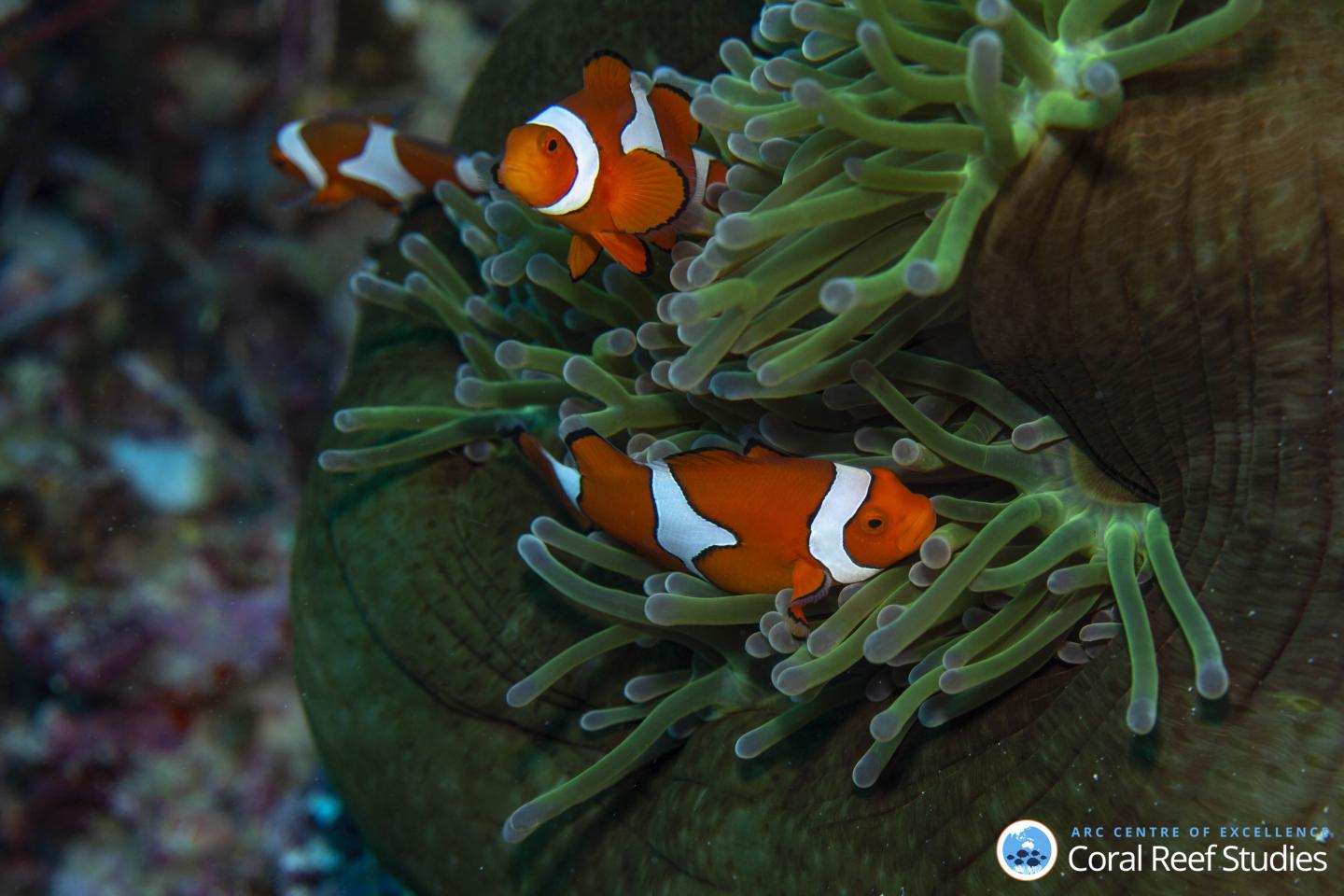 In a study published today, scientists report that the long-term success of clownfish depends more on living in a good neighbourhood than it does on good genes.

The natural home of the clownfish is the anemone, but not all anemones are equal. Study co-author Professor Geoff Jones, from the ARC Centre of Excellence for Coral Reef Studies at James Cook University (Coral CoE at JCU), says the reproductive success of the clownfish depends almost entirely on having a high-quality anemone home.

“For a clownfish, it’s not ‘who’ you are, but ‘where’ you are that matters for your future reproductive success,” Prof Jones said.

“In terms of their genes, clownfish are as good as they can be at finding a suitable habitat. The rest comes down to luck–of being in the right place at the right time.”

“The success of big families that extend over many generations is linked to high-quality habitats, not their shared genes.”

The quantitative genetic study comprises ten years of research on the coral reefs of Papua New Guinea. Family trees were established for the entire clownfish population at an island in Kimbe Bay, a well-known biodiversity hot spot. The team of scientists identified each fish individually and sampled its DNA to establish who was related to whom over five successive generations.

After constructing Kimbe Island’s clownfish family tree, the researchers were able to assess the ability of the population to persist and the genetic potential to adapt to increasingly rapid environmental change. Unfortunately, the potential is almost nil.

“There are no particular genetic variants that contribute more offspring to the next generation. The quality of the host anemone contributes most to the ability of the clownfish to renew its population,” Prof Jones said.

The scientists say that if high-quality anemones remain healthy, this will ensure the clownfish population can persist.

However, anemones, and coral reefs in general, are under direct threat from the impacts of climate change.

In increasingly warming waters, corals are more susceptible to bleaching. The process is the same for anemones — their symbiotic algae leave when under stress. If they stay away long enough then the anemone starves to death, killing the fish’s home at the same time.

The study is the first of its kind to evaluate the genetic capacity of a natural marine population to adapt to environmental change. This was otherwise largely the domain of evolutionary studies of species on land.

It is not surprising that intergenerational relationships in a marine population had yet to be sampled, according to co-author Dr Benoit Pujol, an evolutionary biologist from France’s National Centre of Scientific Research (CNRS).

“Working out who is related to whom in the marine environment is extremely challenging,” Dr Pujol said.

“Long-term genetic datasets for individuals within a marine population are incredibly rare. Until now, we just haven’t had the data required to answer this question.”

“But now that we have it, we find that Nemo is at the mercy of a habitat that is degrading more and more every year,” added co-author Dr Serge Planes, a Director of Research at France’s National Centre of Scientific Research (CNRS).

“To expect a clownfish to genetically adapt at a pace which would allow it to persist is unreasonable,” he said.

“Their future depends on our ability to maintain the quality of their habitat,” the authors conclude.

Students chowing down tuna in dining halls are unaware of mercury…

New in the Hastings Center Report: Federal right-to-try, the…