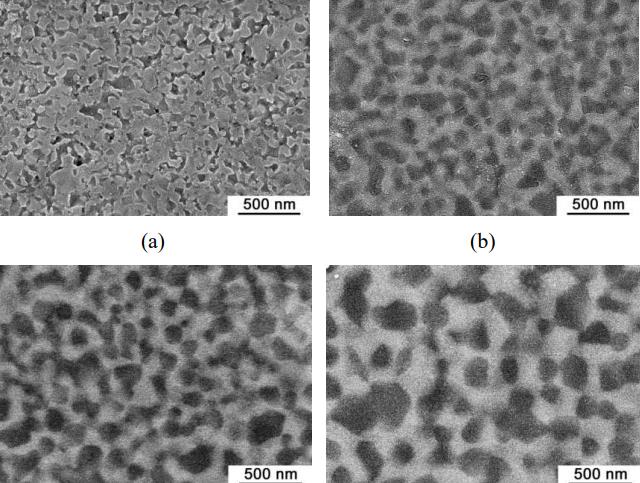 Scientists from Far Eastern Federal University (FEFU) teamed up with colleagues from Institute of Chemistry (FEB RAS), Institute for Single Crystals (Ukraine), and Shanghai Institute of Ceramics (Chinese Academy of Sciences) to develop Y2O3?MgO nanocomposite ceramics with uniform distribution of two phases, microhardness over 11 GPa, and average grain size of 250 nm. It capable of transmitting over 70% of IR-range with wavelength up to 6,000 nm. A related article was published in Ceramics International.

Due to the submicron size of the grains and their even distribution in the whole volume of the material, the yttrium oxide and magnesium oxide (Y2O3?MgO) ceramics possesses advanced optical, thermophysical, and mechanical properties (thermal stability, thermal conductivity, hardness, etc.) and surpasses its single-phase commercial analogs Y2O3 and MgO by these parameters. The team managed to achieve such advanced characteristics thanks to an innovative method – spark plasma sintering of yttrium and magnesium oxide nanopowders. This method is being actively developed at FEFU and the Institute of Chemistry (FEB RAS).

The new material can be used in modern high tech production processes, for example, to manufacture shielding windows for IR systems in aerospace engineering.

“To develop the Y2O3?MgO nanoceramics with uniform distribution of two phases, our colleagues had to solve a complex problem of even distribution of particle contact points in Y2O3 and MgO nanopowders. To do so, they used the method of self-propagating glycine-nitrate synthesis with the excess of glycine and nitric acid. Due to the use of reaction systems with the excess of glycine, a large quantity of nucleation centers was generated within a short time in the course of composite nanopowders synthesis, and the uniformity of Y2O3 and MgO nanoparticle sizes was reached. Large volumes of gases emitted in the course of the reaction secured the isolation of the particles and prevented aggregation. Under these conditions the consolidation of the powders took place mainly because of plastic deformation without grain boundary sliding, turning, and further coalescence of the grains. Temperature differences in the whole volume of the compact were reduced to the minimum in the course of sintering,” said Denis Kosyanov, the head of the research team at FEFU, and a senior researcher at the Center for the National Technological Initiative, FEFU.

According to the scientist, Y2O3?MgO ceramic nanocomposites have been actively studied all over the world for only a couple of years. They are considered promising materials for operations in the IR range and are known for increased mechanical and thermal stability.

The new material has staggered structure with 1:1 phase volume ratio. Its average grain size is 250 nm, and microhardness is over 11 GPa. The ceramics transmits over 70% of light in the IR range with wavelength up to 6,000 nm.

The material was manufactured from Y2O3 and MgO nanopowders with controlled particle sizes. The powders were compacted using a fast consolidation method called spark plasma sintering. The procedure took 8 minutes and was carried out at the temperature of 1,300°? and under the pressure of 60 MPa. This method helped the scientists suppress diffusion mass transfer and prevent the growth of the grains beyond the critical size (~400 nm).

“The IR transparency of Y2O3-MgO nanocomposites increases with the increasing of sintering temperatures, and top values are reached at 1,300-1,350°?. This is due to the increase of sample density, grain growth, and the reduction of grain boundary length. At higher sintering temperatures the balance of the system shifts, the staggered structure of the Y2O3 and MgO grains is broken, and the so-called abnormal grain growth takes place,” concluded Denis Kosyanov.

FEFU runs a Materials priority project and a Center for National Technological Initiatives in Neurotechnologies, VR, and AR Technologies (grant No. 1/1251/2018 dated October 16, 2018). The researchers working in these areas develop scientific and technical bases for multifunctional ceramic materials to be used in microelectronics, lighting technologies, and radiochemistry.

D.Yu. Kosyanov is gratefully acknowledging the Ministry of Science and Higher Education of the Russian Federation (Grant No. 3.2168.2017/4.6).

Progressive gender beliefs in teen boys may be protective against violence

Researchers teleport information within a diamond