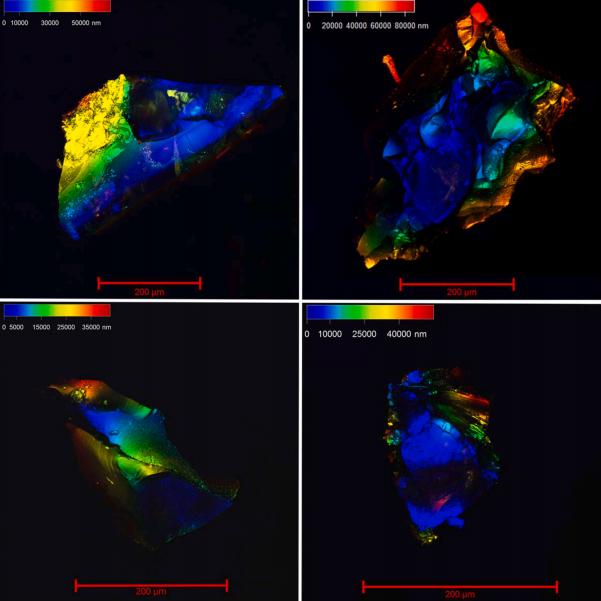 Astrophysicists of Far Eastern Federal University (FEFU) with colleagues from Russia and oversea have revealed that large and dense particles with irregular shapes possess a 10 nm silicate feature introduced in lots of comets and protoplanetary discs. The outcome based on 15 examples of olivine silicate studied doesn’t meet Mie theory provisions applied for comet particles modelling and capable of helping to reconsider the results of data. A related article appears in Icarus.

A silicate feature of a measured space object unfolds as a series of peaks in a certain region of the infrared spectrum. They are typical for silicates, minerals forming the mass of Earth rocks. The group of peaks lays in the spectrum at wavelengths of 9.2, 10.0, 10.5, 11.2 and 11.9 micrometres. Since they are all close to a wavelength of 10 microns, the phenomenon got a name as “a ten-micron silicate feature”.

Studying the light spectrum of dust particles of protoplanetary disks and comets with a silicate feature, many scientists use the Mie theory for modeling. The theory restricts the size and shape of particles, suggesting that particle shall show a silicate feature only if it is spherical and of a size smaller than 1 micrometer, or bigger which comes along with a porous structure or constitution of individual small fragments.

“Yet such a structure of particles does not correspond to what we see in high-precision images took during the study of comet 67P / Churyumov-Gerasimenko, and is not in agreement with a part of the ground-based studies, which allows us to draw up a number of questions to the modeling method.” Ekaterina Chornaya said, a Ph.D. student at the FEFU School of Natural Sciences. “We set up an experiment to find out whether it is possible to reproduce the silicate feature in sufficiently large olivine particles, which can be represented as analogues of cosmic dust. The selected particles had a size much more than 1 micron and a dense structure, which already put off the restrictions of the Mie theory. The olivine particles were not porous and did not consist of separate small fragments, but we have proved that they also have a silicate feature.”

The outcome of the experiment puts aside the restriction of the mandatory sphericity and size of particles with a ten-micron silicate feature. It can significantly affect our knowledge about comets and deep space.

Young astrophysicists from FEFU University Ekaterina Chornaya and Anton Kochergin have been studying the microphysical properties of cometary dust for several years. They investigate the principles of cosmic dust particles motion considering solar radiation affect and conduct laboratory experiments with comet dust particles analogues. The purpose of the research is to shed light on the evolutionary processes of the solar system. This is the basic research direction that many scientific groups around the world are engaged in.

The practical measurements (polarimetry and photometry of comets) FEFU scientists carry out on the base of the Ussuriysk Astrophysical Observatory of the Institute of Applied Astronomy of the Russian Academy of Sciences.

Olivine particles were investigated using the latest equipment on the base of the research and educational center “Nanocenter” run in FEFU.