Fear of rejection vs. joy of inclusion: Faith communities from LGBTQ+ perspectives

“I was interested in conducting peer-reviewed research that illuminated the gap of the healing stories about how LGBTQ+ people engaged in faith communities in ways that were beneficial to them,” said Megan Gandy with the WVU School of Social Work. 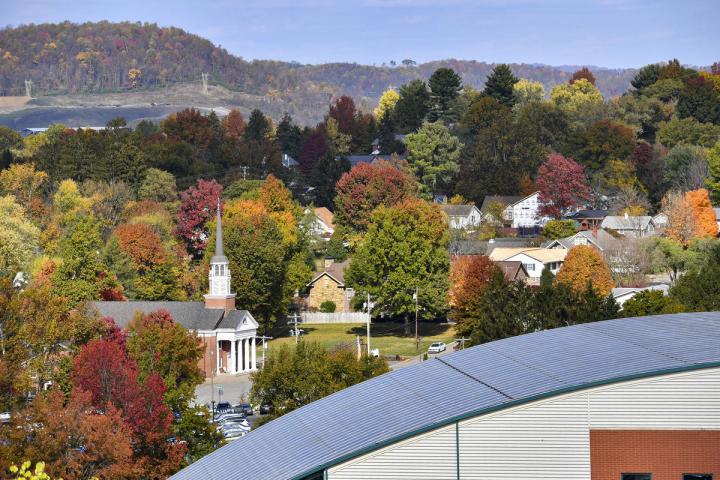 MORGANTOWN, W.Va. – Some LGBTQ+ people want to be part of faith communities. And though they have concerns about inclusion, they hope to find a faith community that feels like a home, based on West Virginia University research.

Megan Gandy, BSW program director at the WVU School of Social Work, is a lesbian and former fundamentalist evangelical Christian whose personal experiences told a story that differed from research available in 2015 when she conceptualized her study.

Gandy wanted to tell the whole story: that LGBTQ+ people can also benefit from faith communities. Her findings are published in Spirituality in Clinical Practice.

“I was interested in conducting peer-reviewed research that illuminated the gap of the healing stories about how LGBTQ+ people engaged in faith communities in ways that were beneficial to them,” Gandy explained.

For the study, Gandy and her colleagues Anthony Natale and Denise Levy, interviewed 30 participants from the nonprofit Q Christian Fellowship, formerly known as the Gay Christian Network. Gandy and her team asked participants about their experiences in faith communities with the goal of exploring why they stay in those communities.

One major theme stood out to Gandy: The fear of rejection vs. the joy of inclusion. For those that stay, the sense of a inclusion is a feeling of indescribable joy and relief.

“This theme illustrated how much psychological stress is involved in the fear of rejection for LGBTQ+ people who choose to stay in faith communities,” she said. “That fear can have detrimental effects on the physical and mental health of LGBTQ+ people in the form of what’s called ‘minority stress.'”

“However, the joy of inclusion was a way to alter that stress, eliminate it and even heal from it,” she said. “LGBTQ+ people who were completely included in their faith communities experienced joy that they didn’t know was possible. It was a part of the research that really lifted up my spirits, and was even something that many participants wanted to share with other LGBTQ+ people who weren’t involved in a faith community but who wanted to be.”

Not all stories were feel-good ones.

One participant, identified with a pseudonym as “Olivia,” lost her job as a priest because her church didn’t have a policy that accepted transgender or gender-diverse leadership. Although, the church was in one of the more well-known denominations that has accepted gay and lesbian people for decades and allowed them to become ordained.

“If she came out as gay or lesbian, she would have kept her job, and much of the extreme difficulties associated with unemployment she has faced since would never have happened,” Gandy said. “That felt like a gut-punch to me because sexual minorities don’t often see themselves as privileged in the church, but compared to transgender and gender diverse people, apparently some do have more privileges than they realize.”

Gandy emphasized that, although her study provides many interesting insights, it doesn’t represent all LGBTQ+ individuals in faith communities.

However, the findings might be “transferrable” to other LGBTQ+ people, meaning that the study could be relatable to those not in the study, she said. Gandy hopes it is.

“They (the participants) wanted to send the message that it is possible to find a home and a family in a faith community, even if you’ve experienced rejection and shame from other faith communities,” she said. “Those words of ‘home’ and ‘family’ were prominent in the stories that participants told, and held importance for how deep the connection felt for these LGBTQ+ people.”

Citation: “We shared a heartbeat”: Protective functions of faith communities in the lives of LGBTQ+ people