In Florida, recreational fishing is a year-round operation. In 2019, it attracted more than 4 million anglers and generated 88,501 jobs and more than $9 billion in revenue. Unfortunately, these activities are increasingly reporting shark depredation, where a shark partially or completely consumes a fish before a fisherman can get it out of the water. 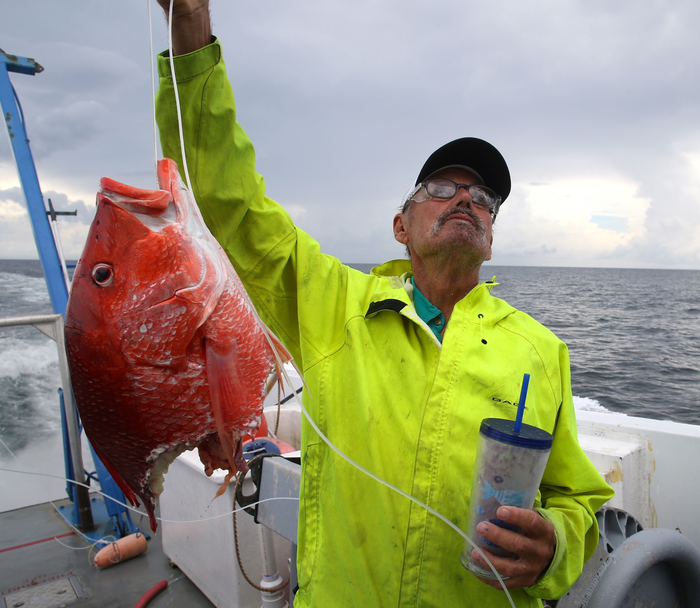 In Florida, recreational fishing is a year-round operation. In 2019, it attracted more than 4 million anglers and generated 88,501 jobs and more than $9 billion in revenue. Unfortunately, these activities are increasingly reporting shark depredation, where a shark partially or completely consumes a fish before a fisherman can get it out of the water.

Shark depredation causes a range of negative biological and economic impacts. The depredators themselves also may suffer by becoming bycatch as they consume the target catch, particularly in commercial fisheries, or more likely in a recreational setting, severing the line and suffering sub-lethal effects from the embedded hook. Fishermen also must contend with increased handling time, gear repairs, or costs associated with shifting fishing locations to avoid these interactions.

There have been no attempts to quantify shark depredation in recreational fisheries of the southeastern United States, which heavily support economies across multiple Gulf of Mexico and south Atlantic states. Moreover, data to identify how widespread the issue is and what types of mitigation are needed is sparse. However, understanding this issue without involving stakeholders is impossible.

Scientists from Florida Atlantic University’s Harbor Branch Oceanographic Institute in collaboration with Mississippi State University have found an innovative way to address this issue using a citizen-science approach. FAU Harbor Branch has received a $195,306 grant from the National Oceanic and Atmospheric Administration (NOAA) to work with recreational fishermen and collaboratively evaluate the issue. Researchers will use onboard surveys, videos, genetic analyses and social media to obtain data that will produce the capacity to assess the prevalence of shark depredation in recreational fisheries.

“Few studies have quantified the impact of depredation in recreational fisheries,” said Matt Ajemian, Ph.D., principal investigator, assistant research professor, and director of The Fisheries Ecology and Conservation Lab at FAU Harbor Branch. “Incorporating fishermen’s knowledge into a scientific process gives them more confidence in scientific results, promotes trust, and more importantly, increases the quantity and quality of data. We hope to develop a deeper understanding of the specific concerns and beliefs inherent to this stakeholder group.”

The researchers also will use a recently established forensic method to identify depredators by swabbing the bites left on target fish that the anglers retrieve. This swab technique developed by collaborator Marcus Drymon, Ph.D., an assistant extension professor from Mississippi State University, collects remnant DNA left behind from the shark’s mouth, which is subsequently analyzed at a laboratory using meta-barcoding.

“An additional benefit of this approach is that it directly involves the angler who has experienced depredation in the research process, thus fostering trust and buy-in,” said Drymon. “These cooperative surveys will occur with several local fishing charters located along Florida’s Atlantic coast throughout the project period, assessing shark impacts in both bottom and pelagic recreational fisheries.”

Social media also is playing a role in the research. Last year, Ajemian’s team worked with a Facebook group of anglers who shared their photographs and videos of depredation events on this social media platform. The group quickly gained nearly 5,000 followers with about 300 submissions in just a few months, primarily from the Florida east coast. From these submissions, researchers identified depredated fish species based on provided text and/or photographs/videos and fishing method (hook-and-line, spear, commercial).

“The data we have collected from the Facebook group show the potential benefits of a social media-based approach to engage fishermen in reporting, which has uncovered the potential breadth and complexity of the issue and the various fishery management groups that will need to interact,” said Ajemian. “We will continue to partner with these Facebook members on our current project.”

The project brings together researchers with complementary expertise including fishery ecology, shark biology and behavior, quantitative techniques, among others. The multi-disciplinary team includes co-PI Lauran Brewster, Ph.D., a senior research fellow and Michael McCallister, MSc., research coordinator, both within the Fisheries Ecology and Conservation Lab at FAU Harbor Branch. They will work with Ajemian to compile data sets, plan field sampling, and conduct statistical analyses. Findings from the project also will be used to develop multiple education and outreach products with Mississippi State University, and leverage a current NOAA RESTORE grant being led by MSU.