In a novel research study published in the Journal of Parkinson’s Disease, investigators found that fatigue symptoms in Parkinson’s Disease are associated with low diastolic blood pressure, paving the way for developing targeted treatments 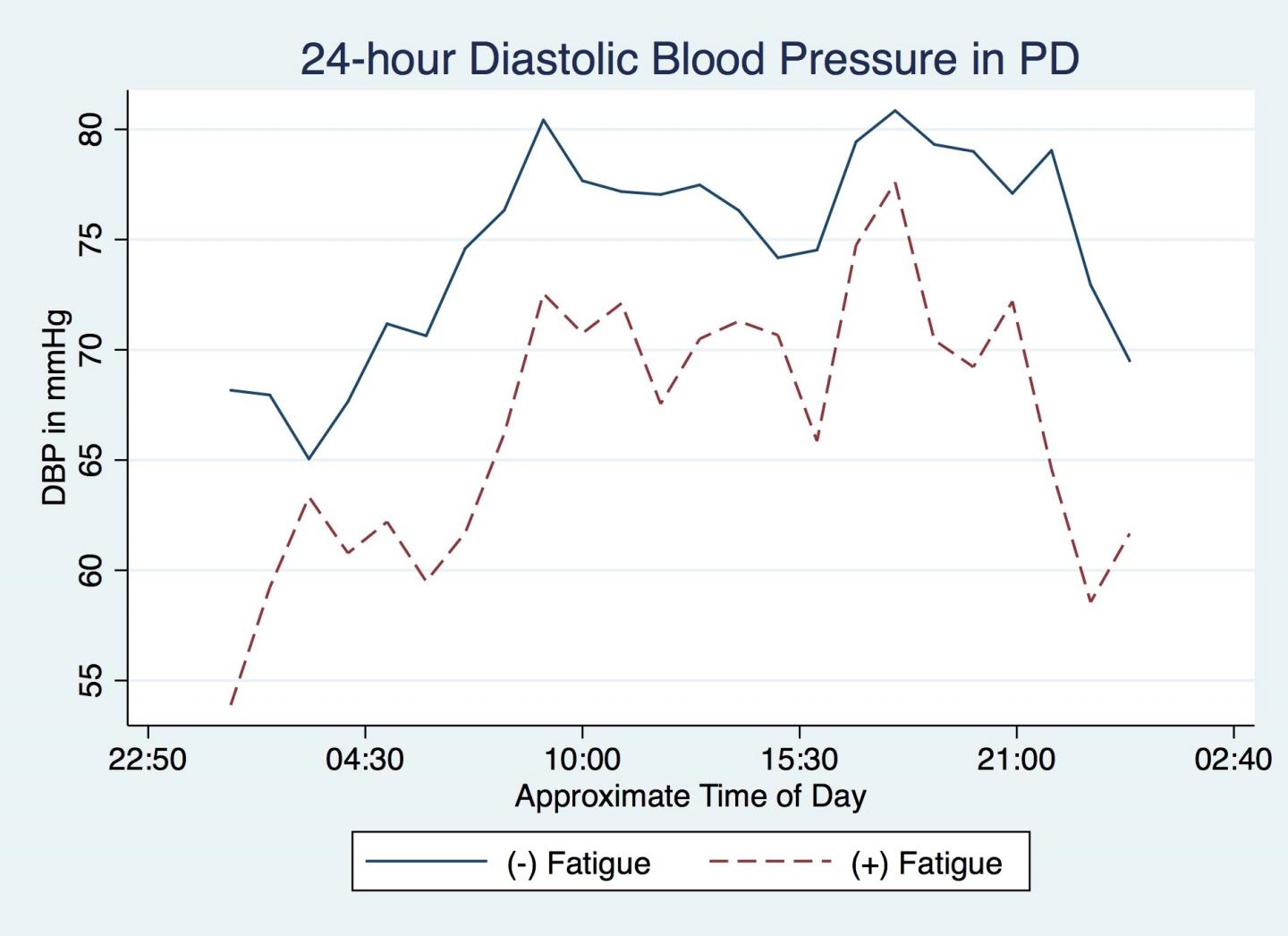 Amsterdam, NL, August 22, 2019 – Fatigue is a common debilitating symptom in Parkinson’s disease (PD). A novel research study has found that fatigue symptoms in PD are associated with small but persistent reductions in diastolic blood pressure (DBP) throughout the day, report scientists in the Journal of Parkinson’s Disease.

PD is a slowly progressive disorder that affects movement, muscle control and balance. It is the second most common age-related neurodegenerative disorder affecting about 3% of the population by the age of 65 and up to 5% of individuals over 85 years of age. Fatigue is a disabling non-motor symptom that affects about half of all individuals with PD. A 2015 systematic review on this topic confirmed the absence of high quality evidence supporting any particular PD fatigue treatment.

“The majority of people with PD consider fatigue, defined as diminished energy levels or increased perception of effort that is disproportionate to attempted activities, to be one of their three biggest symptomatic concerns. But despite its high prevalence and disabling nature, we know relatively little about its underlying causes,” explained lead investigator Vikas Kotagal, MD, MS, Department of Neurology, University of Michigan and Veterans Affairs Ann Arbor Health System (VAAAHS) and GRECC, Ann Arbor, MI, USA. “Understanding the biological basis for fatigue in PD is a key step towards designing effective treatments. This is an important goal for the field of PD clinical research.”

Investigators conducted a cross-sectional study research assessment of 35 people with PD recruited from the Ann Arbor Veterans Affairs Health System, all of whom wore a 24-hour blood pressure monitor to track their blood pressure hourly while they were at home. Researchers asked participants about the presence of fatigue symptoms and grouped them into two categories: those with fatigue and those without.

The data demonstrate study participants with fatigue symptoms had lower mean DBP compared to those without fatigue. The differences were most notable in the morning.

“This is a novel finding that we hope may open the door for new, currently untapped ways to treat fatigue symptoms in PD,” commented Dr. Kotagal. “We hope these results will help move us towards better treatments for PD fatigue. If we can design and test treatments that increase DBP without worsening the harmful cardiovascular effects of high systolic blood pressure (SBP), we may be able improve fatigue symptoms in PD. Our data may also have implications on the off-target side effects of some classes of antihypertensive medications when used by patients with PD and fatigue.”

SBP, the top number typically given when blood pressure values are presented, is commonly used to describe people’s blood pressure because it is a good marker for atherosclerosis and cardiovascular disease. It often gets more attention than DBP, which is typically presented at the bottom. DBP gets comparatively less attention but may better reflect the type of autonomic dysfunction that is common in PD.