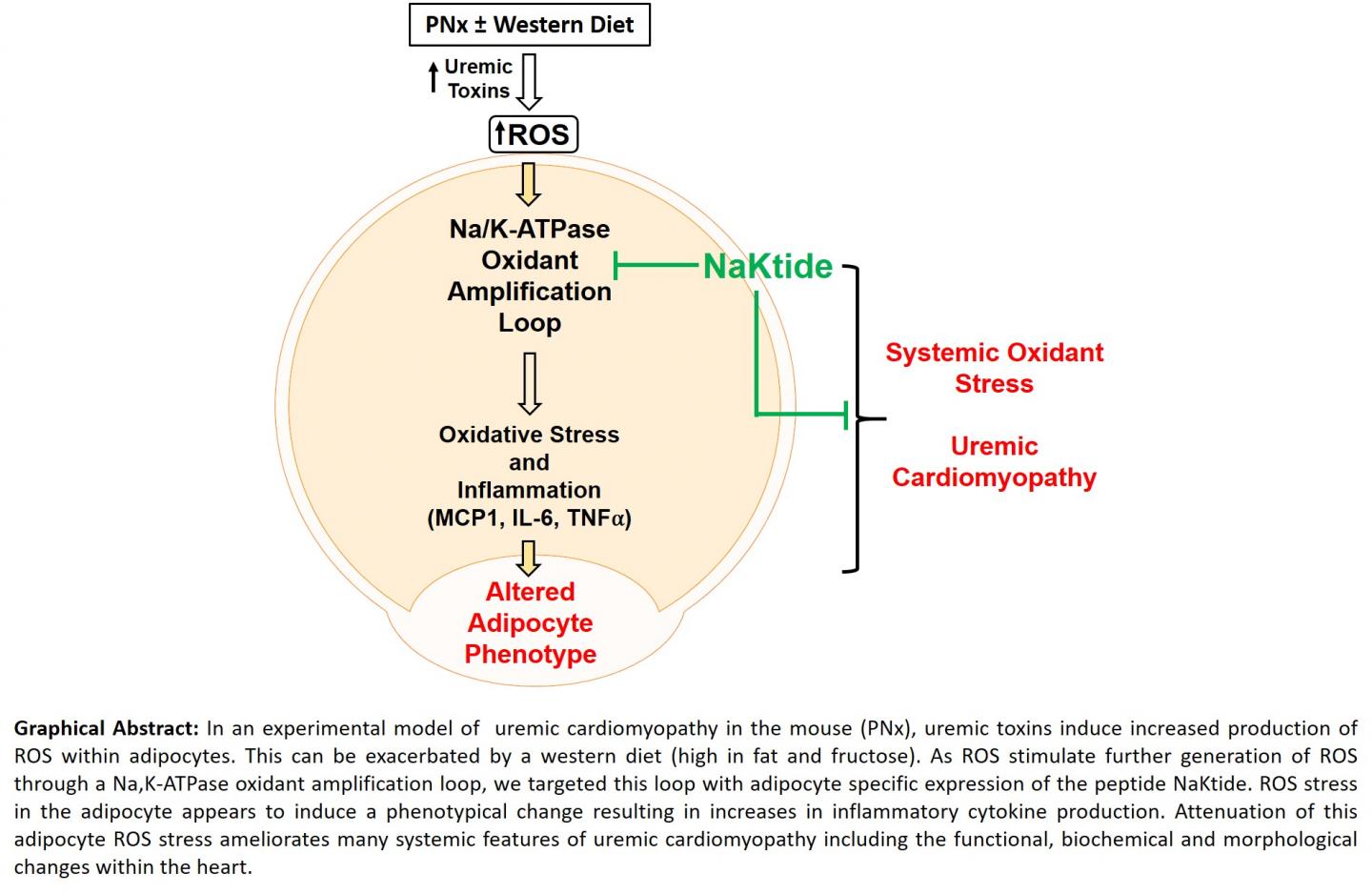 HUNTINGTON, W.Va. – New research from a team at the Marshall University Joan C. Edwards School of Medicine reveals the central role of fat cells in the systemic oxidant stress observed in renal failure-associated cardiomyopathy.
The research, published June 25 in the Journal of the American Society of Nephrology, is the first publication to demonstrate such an important role for fat cells known as adipocytes in a disease previously thought to have little involvement of such tissues.
Using a mouse model of experimental renal failure and a diet enriched in fat and fructose to simulate a western diet, the researchers found that production of the peptide NaKtide in fat cells inhibited the signaling function of the sodium pump, Na/K-ATPase. The peptide also prevented the development of renal failure-associated cardiomyopathy as well as other consequences of renal failure such as anemia. Targeting NaKtide production to skeletal muscle cells with a similar manipulation had essentially no effect on the cardiomyopathy or anemia in mice with experimental renal failure.
“This research provides an important breakthrough with translational application and demonstrates that Na/K-ATPase oxidant-amplification loop and/or adipocytes are potential targets for disease intervention,” said lead author Komal Sodhi, M.D., associate professor of surgery and biomedical sciences at the Marshall University Joan C. Edwards School of Medicine.
Future research will help determine if these findings can be confirmed in humans, representing a novel and successful therapeutic target in chronic renal failure.
“According to this novel study, targeting this oxidant amplification loop in adipocytes could serve as a viable clinical strategy for the prevention and treatment of renal failure-associated cardiomyopathy,” said Joseph I. Shapiro, M.D., dean of the Joan C. Edwards School of Medicine and the study’s senior author.

Asteroid impact, not volcanoes, made the Earth uninhabitable for dinosaurs