Faster screen of biologicals for growth stimulants, disease protection in wheat and corn 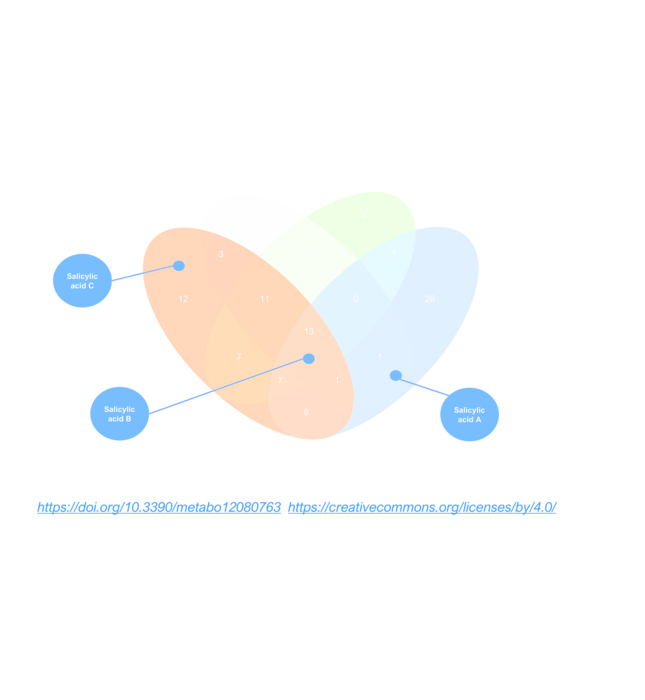 Rhizobacteria can protect crops from abiotic and biotic stresses by boosting plant growth and plant self-defence. Farmers apply the bacteria as seed coatings or inoculants. ‘Biologicals’ are friendly to the environment and can reduce the need for chemical fertilizers and pesticides.

For crops such as wheat, corn and tomatoes, plant-beneficial bacteria living in their root zone can significantly protect plants and boost their growth. Bacterial protection can be effective also when plants are stressed.

In a study published in Metabolites, researchers from the University of Johannesburg (UJ) show a much faster approach for screening bacteria for potential use as natural fertilizers and pesticides.

They grew four strains of promising rhizobacteria in the laboratory. Then they analyzed the signalling molecules the bacteria produced with metabolomic techniques.

Using a new approach, they identified a surprising haul of 121 different volatile organic compounds (VOCs) produced by just the four strains. This is between 10 and 20 times what most current published research studies identify.

Among the 121 VOCs, they found three forms of salicylic acid. These VOCs were produced by three of the four strains of bacteria.

“Salicylic acid is a plant hormone that plays a big role in plant growth and induction of resistance against disease,” says Dr Msizi Mhlongo. Mhlongo is the lead author of the study and senior lecturer at the UJ Department of Biochemistry.

Methyl salicylate is better known outside research circles for being the chemical behind the smell of ‘wintergreen’, which is added to body lotions, sports injury patches and food.

“Methyl salicylate is volatile and can travel right around the plant in the air. But it is also a mobile signal within the plant – it can travel from the roots to the leaves of a plant. The ‘roots can tell the leaves to wake up and trigger resistance’ – using methyl salicylate. This form of resistance is Systemic Acquired Resistance (SAR)” says Prof Ian Dubery, also from the UJ Department of Biochemistry and supervisor of the study.

The researchers used high-resolution mass spectrometry to differentiate between the 121 VOC molecules.

“It is the instrument’s sensitivity, high scanning rate, and its ability to distinguish molecular masses that are very close to each other, that made this possible. Also, the software’s ability to separate out molecular peaks,” adds Mhlongo.

All three forms of salicylic acid they found, are valuable for their ability to trigger Induced Systemic Resistance (ISR) in some crops. ISR is the root-driven ‘induced immune system’ that helps plants protect themselves when they are stressed or under attack. Farmers can boost ISR in their crops with rhizobacteria seed coatings or inoculants.

“We were looking for the important signal molecules that these bacteria secrete to trigger a state of resistance in plants,” says Dubery.

“Not all bacteria in the rhizosphere are active inducers of SAR or ISR. The purpose of this study was to find out which strains are better at inducing ISR,” he adds.

They used Southern African strains of the rhizobacteria Pseudomonas koreensis, Pseudomonas fluorescens, Lysinibacillus sphaericus and Paenibacillus alvei. Prof Nico Labuschagne from the University of Pretoria supplied the strains from his collection of rhizobacteria isolates.

Previous glass house trials by Labuschagne in South Africa had identified the four strains for their biostimulant and bio-pesticide potential for wheat, corn and tomatoes.

“In general, the process of screening bacteria starts with isolating them from an environment such as a type of soil or wetland. You can screen them for the presence of a single molecule or a group of molecules. Then you would screen for safety, followed by glass house trials, then field trials, before releasing them commercially,” says Dubery.

During times of abiotic stresses, the rhizobacteria help defend their partner plants. This could be lack of water, high temperatures, or high salinity in the soil. Also, during biotic stresses such as being infected by fungi, viruses or pathogenic bacteria; or threatened by weeds or other plants; rhizobacteria step up to boost the chemical defences of their partner plants.

The rhizobacteria accomplish all of this by producing volatile organic compounds (VOCs), such as those identified by the UJ researchers.

The VOCs act as communication signals such as ‘calling for help’, biochemical defences and biofertilizers in a variety of ways.

Rhizobacteria can signal to other microbes using VOCs, says Mhlongo. Microbes can signal to plants. It is even possible for plants to signal to microbes, he adds. They have previously authored a comprehensive review of research on this topic that the current study draws upon.

The results of the study show the high number of signalling molecules produced by the four strains of bacteria. Follow-up work would need to investigate the volume, concentration, and consistency of production.

“Plant growth promoting rhizobacteria (PGPR) are crop specific. What works well for tomatoes, wheat, and maize (corn) might not work for spinach. This kind of research helps us know which plant-specific bacteria will promote growth and induced resistance”, he adds.

VOC analyses like this study can create ‘biomarkers’ for future studies, adds Mhlongo. As an example, one could define the three forms of salicylic acid they found in this study as a biomarker for induced plant resistance SAR and ISR.

Then, when screening other rhizobacteria for inducing plant resistance, it’s not necessary to go do glass house trials or field trials to rule out non-starters. Instead, one can do a similar analysis of the VOCs from those bacteria, using high-resolution mass spectrometry. This makes it possible to rule out strains or combinations of strains early on, which do not produce a desired group of molecules such as the different forms of salicylic acid.

The authors declare no conflict of interest. The funders had no role in the design of the study; in the collection, analyses or interpretation of data; in the writing of the manuscript; or in the decision to publish the results.