Faced with choice overload, Indian farmers say, ‘I’ll have what he’s having’ 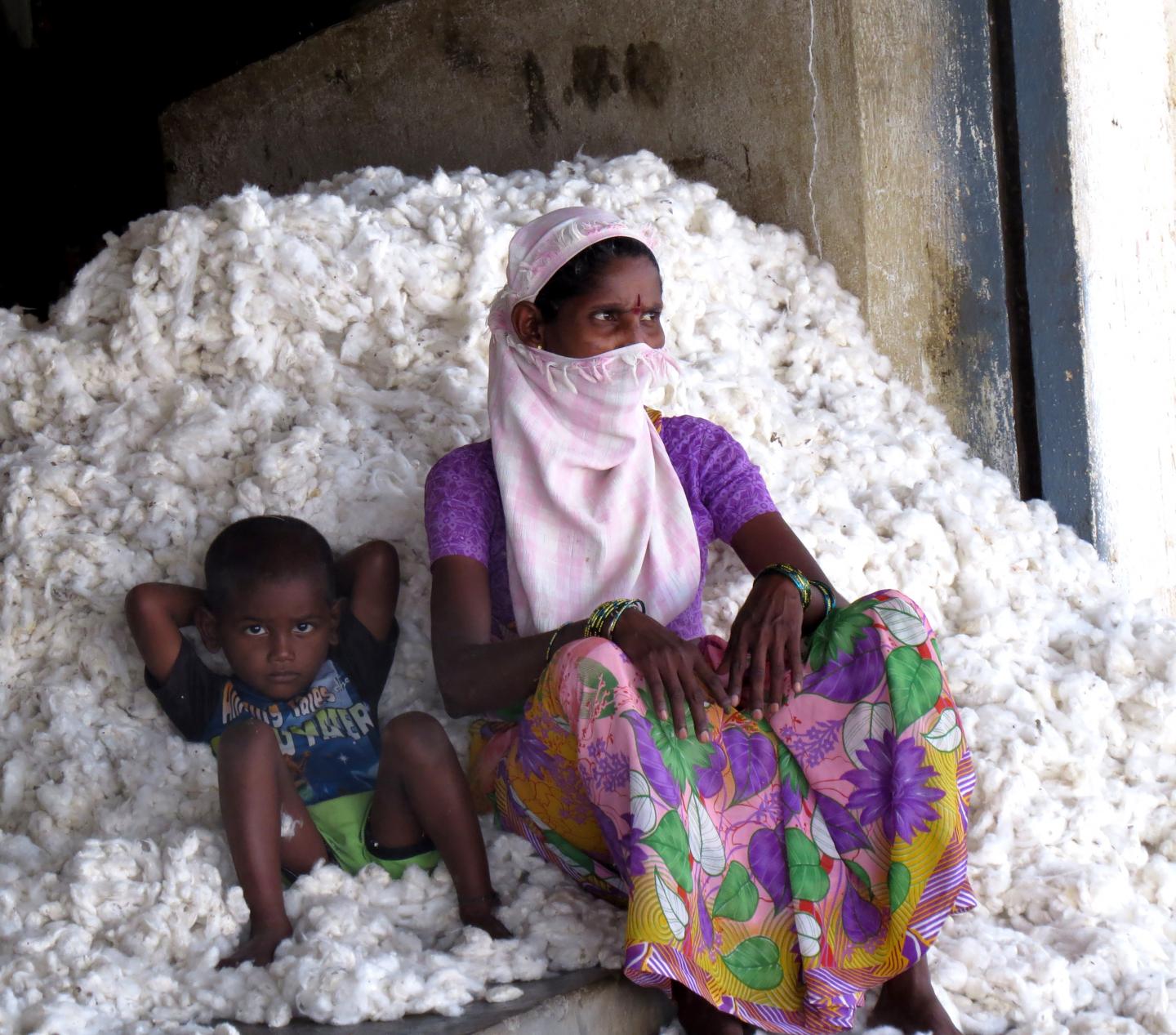 Suicide rates among Indian farmers remain high, accounting for more than 12,500 deaths in the country in 2015, according to a government report. While many have blamed climate change for farmers’ distress, the issue is likely much more complex.

After the Indian government liberalized the economy in the 1990s, the agricultural sector went through a plethora of changes; national attention shifted from rural to urban landscapes, new development programs exacerbated inequality, and the government pulled back subsidies on fertilizers, pesticides, water and seeds. Shops stocking a previously controlled market of public agricultural goods were suddenly flooded with new private brands.

“Consumer scientists call this ‘choice overload.’ When you step into a supermarket and there are 70 types of mustard to buy, it becomes a stressful situation and people no longer want to deal with making that decision,” said Andrew Flachs, an environmental anthropologist at Purdue University. “When genetically modified seeds were first introduced, there were just three seeds. Now there are more than 1,200 and figuring out which particular seed to buy has become an incredibly difficult and confusing decision.”

India is the world’s second largest producer of cotton. The crop, which plays a dominant role in the country’s industrial and agricultural economies, is extremely pesticide intensive. When genetically modified seeds were being debated in the 1990s, Indian cotton accounted for nearly half of the pesticides sprayed in the country, despite being planted on only five percent of the farmland. Genetically modified cottonseeds are now widely available, (which should, in theory, reduce pesticide use), but national yields have largely stagnated and use of pesticide sprays has increased over the last decade.

Telangana, a state in southern India, is a major cotton producer where most seeds are sown by small farmers. It’s also where the peak of farmer suicides in the 1990s happened, which is one reason many thought introducing genetically modified seeds would be a good idea.

To figure out how farmers here decide which seeds to plant, Flachs conducted surveys while living in Indian villages from 2012 to 2018. He talked to members of farming households about their experience with genetically modified cottonseeds and asked how they rationalized their purchasing choices in a seed market that’s nearly bursting at the seams. The findings were published in the journal American Anthropologist.

Flachs argues that without help and expertise from government agencies, cotton farmers in Telangana rely on scripts: socially learned mental maps that reflect local rules, values and expectations. Since 2008, many farmers in the region have planted one brand of seeds en masse, with some brands being planted by more than half the cotton farmers in the area. Yet the following year, they abandon these seeds in favor of a new brand, justifying their choices in hopes of achieving “manci digubadi,” or good yield. As a social scientist, Flachs saw this as a testable question.

“The line that came up constantly was, ‘I’m doing this to achieve a good yield,'” Flachs said. “That makes sense if you don’t think about it too much, but four years in, I had data saying actually this decision has nothing to do with yield.”

Yields for the six most popular seeds during the study period were all within the normal range of variation for cotton as a whole, even as farmers repeatedly abandoned and adopted new seeds. This suggests that farmers don’t have a reliable measure for what constitutes a good yield, or at least that they can’t reach their desired potential because of the inherent variability of external factors such as weather, water and pests.

What, then, drives these farmers’ seed choices? Flachs argues that when they say they’re pursuing a good yield, they’re actually chasing a piece of India’s success story.

“Using genetically modified seeds they see in flashy advertisements is their way of performing their modernity. It’s something they see people doing in the rich villages,” he said. “They’re using technology to be as successful as they can so that they can help their families. That’s at the core of how people are making these agricultural decisions – it doesn’t have to do with yields, or economic payoff, or agronomy – in this particular context, what’s making and breaking Indian agriculture and GMOs in the developing world is people reckoning with being good farmers, good parents, good members of the community. It’s entirely a social decision.”

The best thing Indian policy-makers could do to help these farmers, Flachs said, is to slow down or regulate the influx of new seeds each season. There needs to be a way to reduce anxiety and choice-overload associated with agricultural decisions.

“But if we understand this as more of an existential question, then this isn’t really about seeds at all. We need to improve the quality of life for Indian cotton farmers, whether that means better roads or more reliable irrigation, both of which are huge problems in India,” Flachs said. “Cotton agriculture has grown with the introduction of genetically modified seeds, and people have put a lot of money into growing them, which has created a lot of debt. This is a social problem about justice, not just an agricultural problem about crop pests.”

Memories of movement are replayed randomly during sleep

How do gliomas evolve?

Light therapy for immune cells helps with side effects of cancer…