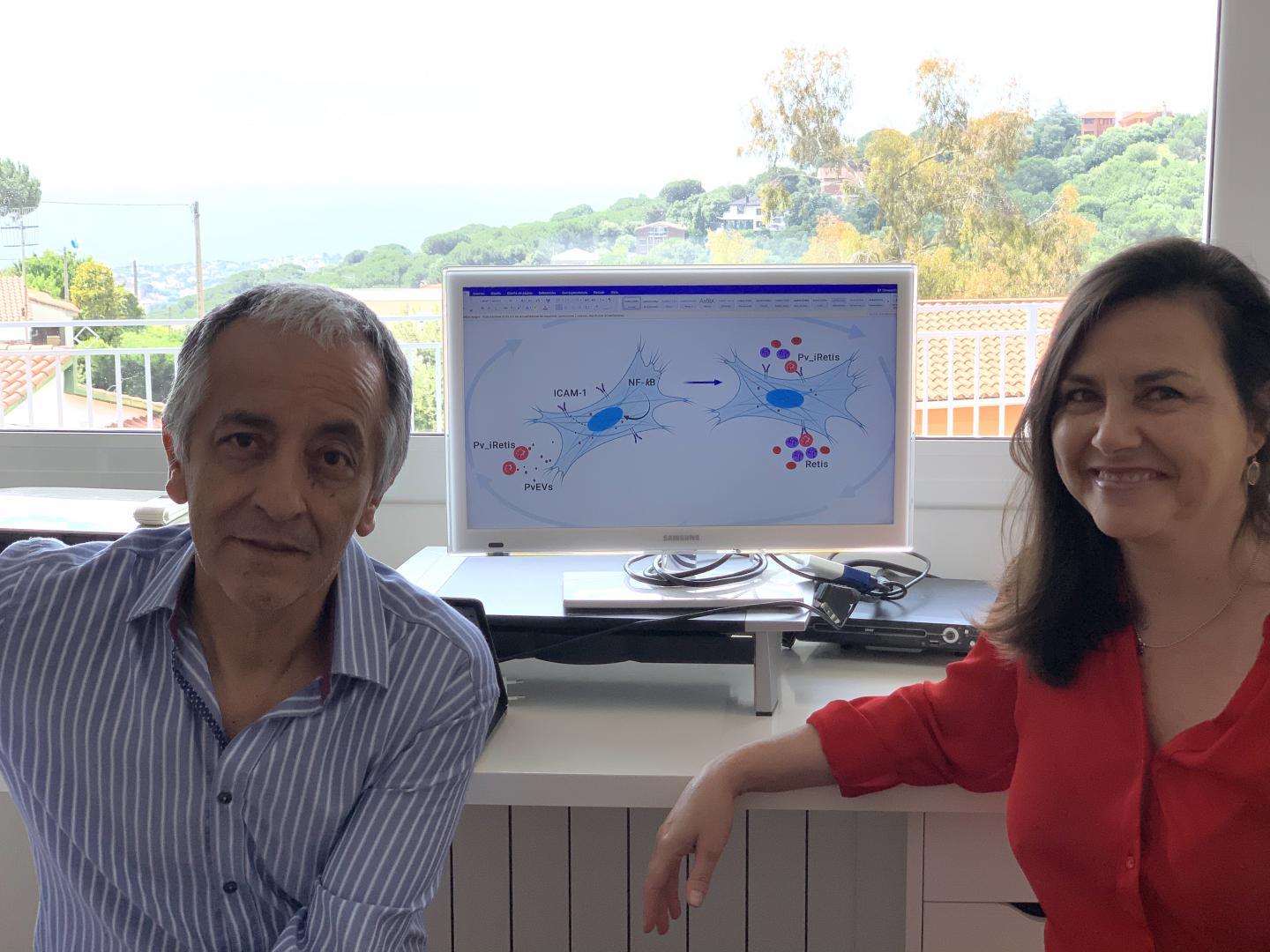 Plasmodium vivax is the most widely distributed human malaria parasite, mostly outside sub-Saharan Africa, and responsible for millions of clinical cases yearly, including severe disease and death. The mechanisms by which P. vivax causes disease are not well understood. Recent evidence suggests that, similar to what has been observed with the more lethal P. falciparum, red blood cells infected by the parasite may accumulate in internal organs and that this could contribute to the pathology of the disease. In fact, the team led by Hernando A. del Portillo and Carmen Fernández-Becerra, recently showed that P. vivax-infected red blood cells adhere to human spleen fibroblasts thanks to the surface expression of certain parasite proteins, and that this expression is induced by the spleen itself. “These findings indicate that the spleen plays a dual role in malaria vivax,” says ICREA researcher Hernando A del Portillo. “On one hand, it eliminates infected red blood cells. On the other hand, it may serve as a “hiding” place for the parasite.” This could explain why P. vivax can cause severe disease in spite of low peripheral blood parasitemia.

To understand the molecular mechanisms responsible for this adhesion process, the research team turned its attention to something they have been working on for the last few years: extracellular vesicles. These small particles surrounded by a membrane are naturally released from almost any cell and play a role in communication between cells. There is increasing evidence that they could be involved in a wide range of pathologies, including parasitic diseases such as malaria. “Our new findings reveal, for what we believe is the first time, a physiological role of EVs in infectious diseases,” says del Portillo, last author of the study.

The research team isolated EVs from the blood of patients with acute P. vivax infection or from healthy volunteers and showed a very efficient uptake of the former by human spleen fibroblasts. Furthermore, this uptake induced the expression of a molecule (ICAM-1) on the surface of the fibroblast which in turn serves as an “anchor” for the adherence of P. vivax-infected red blood cells.

“Our study provide insights into the role of extracellular vesicles in malaria vivax and support the existence of parasite populations adhering to particular cells of the spleen, where they can multiply while not circulating in the blood” says Fernández-Becerra, senior co-author of the study. “Importantly, these hidden infections could represent an additional challenge to disease diagnosis and elimination efforts as they might be the source of asymptomatic infections,” she adds.