Researchers have succeeded in reconstructing the evolutionary relationship between a 2-million-year-old giant primate and the living orangutan; it is the first time genetic material this old has been retrieved from a fossil in a subtropical area 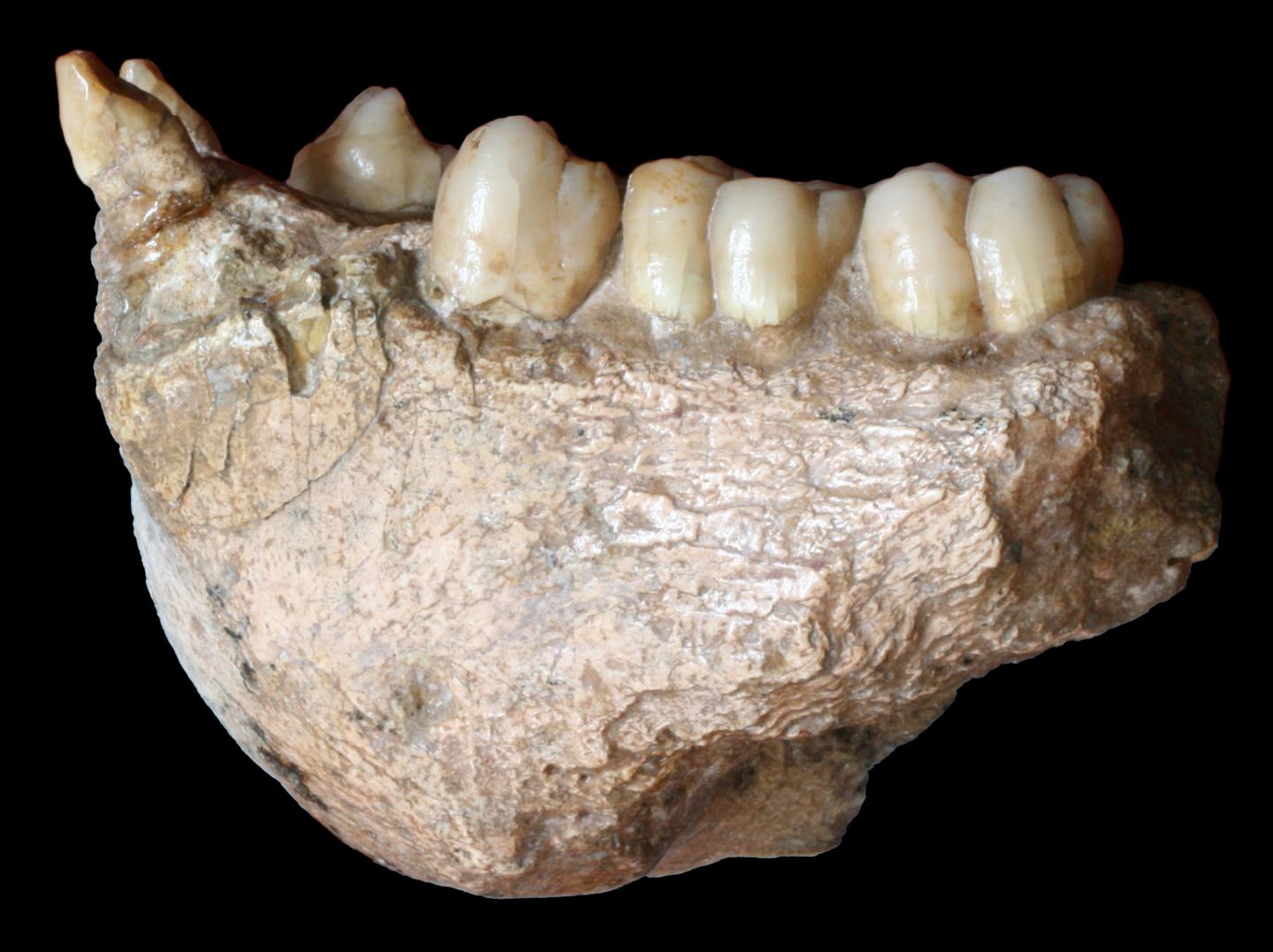 By using ancient protein sequencing, researchers have retrieved genetic information from a 1.9 million year old extinct, giant primate that used to live in a subtropical area in southern China. The genetic information allows the researchers to uncover the evolutionary position of Gigantopithecus blacki, a three-meter tall and may be up to 600 kg heavy primate, revealing the orangutan as its closest, living relative.

It is the first time that genetic material this old has been retrieved from a warm, humid environment. The study is published in the scientific journal Nature, and the results are groundbreaking within the field of evolutionary biology, according to Frido Welker, Postdoc at the Globe Institute at the Faculty of Health and Medical Sciences and first author of the study.

‘Primates are relatively close to humans, evolutionary speaking. With this study, we show that we can use protein sequencing to retrieve ancient genetic information from primates living in subtropical areas even when the fossil is two million years old. Until now, it has only been possible to retrieve genetic information from up to 10.000-year-old fossils in warm, humid areas. This is interesting, because ancient remains of the supposed ancestors of our species, Homo sapiens, are also mainly found in subtropical areas, particularly for the early part of human evolution. This means that we can potentially retrieve similar information on the evolutionary line leading to humans’, says Frido Welker.

Today, scientists know that the human and the chimpanzee lineages split around seven or eight million years ago. With the previous methodologies though, they could only retrieve human genetic information not older than 400.000 years. The new results show the possibility to extend the genetic reconstruction of the evolutionary relationships between our species and extinct ones further back in time, at least up to two million years – covering a much larger portion of the entire human evolution.

In a recent study, also published on Nature, Enrico Cappellini, Associate Professor at the Globe Institute and senior author on this study, initially demonstrated, together with an international team of colleagues, the massive potential of ancient protein sequencing.

‘By sequencing proteins retrieved from dental enamel about two million years old, we showed it is possible to confidently reconstruct the evolutionary relationships of animal species that went extinct too far away in time for their DNA to survive till now. In this study, we can even conclude that the lineages of orangutan and Gigantopithecus split up about 12 million years ago’, says Enrico Cappellini.

Sequencing protein remains two million years old was made possible by stretching to its limits the technology at the base of proteomic discovery: mass spectrometry. State of the art mass spectrometers and the top palaeoproteomics expertise needed to get the best out of such sophisticated instrumentation are key resources deriving from the decade-long strategic collaboration with Jesper Velgaard Olsen, Professor at Novo Nordisk Foundation Center for Protein Research and co-author on this study.

The mystery of Gigantopithecus

The fossil evidence attributed to Gigantopithecus was initially discovered in southern China in 1935, and it is currently limited to just a few lower jaws and lots of teeth. No complete skull and no other bone from the rest of the skeleton has been found so far. As a result, there has been a lot of speculation about the physical appearance of this mysterious animal.

‘Previous attempts to understand which could be the living organism most similar to Gigantopithecus could only be based on the comparison of the shape of the fossils with skeletal reference material from living great apes. Ancient DNA analysis was not an option, because Gigantopithecus went extinct approximately 300.000 years ago, and in the geographic area Gigantopithecus occupied no DNA older than approximately 10.000 years has been retrieved so far. Accordingly, we decided to sequence dental enamel proteins to reconstruct its evolutionary relation with living great apes, and we found that orangutan is Gigantopithecus‘ closest living relative’, says Enrico Cappellini.

The study of human evolution by palaeoproteomics will continue in the next years through the recently established “Palaeoproteomics to Unleash Studies on Human History (PUSHH)” Marie Sk?odowska Curie European Training Network (ETN) Programme.

The article ‘Enamel proteome shows that Gigantopithecus was an early diverging pongine’ has just been published in the prestigious scientific journal, Nature.

Something old, something new in the ocean’s blue

A dynamic genetic code based on DNA shape

Gender bias continues in recognition of physicians and nurses