Expression of a molecule in blood cells predicts atherosclerosis risk

The receptor CD69 protects against the formation of atherosclerotic plaques 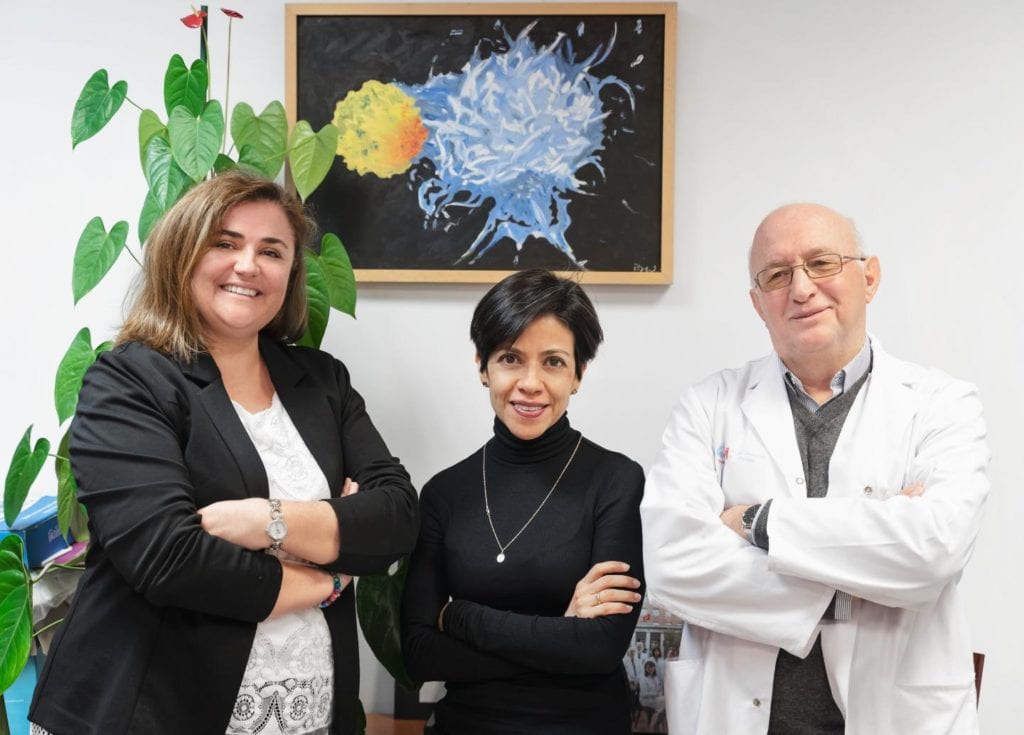 Earlier detection of cardiovascular disease is a step closer thanks to the findings of a research team at the Centro Nacional de Investigaciones Cardiovasculares (CNIC) led by Francisco Sánchez-Madrid and Pilar Martín. The scientists have found that the expression level of the molecule CD69 in blood cells inversely predicts the appearance of subclinical atherosclerosis (developing before symptoms appear) independently of classical cardiovascular risk factors.

Atherosclerosis is a disease characterized by the accumulation of lipid deposits in the artery wall, but the disease is usually not detected until after it has caused a clinical event such as a myocardial infarction or stroke. Because of the diminished quality of life experienced by affected individuals, treatment after symptoms appear is of limited benefit, and the long-term management of the disease is a major cost for health care systems.

The origin of atherosclerosis and its progression to acute myocardial infarction and stroke involve an essential contribution from the inflammatory immune response. However, according to Francisco Sánchez-Madrid, of the Hospital Universitario de la Princesa (Madrid), “the relationship between lipid metabolism and the immune response is not well understood. The established hypothesis is that oxidized low-density lipoproteins (LDLox) induce the recruitment of inflammatory immune cells and their accumulation in the plaque; however, there is also evidence that cells and tissues can respond to LDLox by inhibiting proinflammatory signals.”

The study was a collaboration between the CNIC research groups led by Sánchez-Madrid and Pilar Martín. The study identifies the molecule CD69 as a T cell receptor for oxidized lipoproteins that contributes to the control of inflammation and thus prevents the development of atherosclerosis. “Binding of LDLox to CD69 triggers the adoption of an anti-inflammatory profile by T lymphocytes that protects against the development of atherosclerosis in mice and humans,” explained Pilar Martín. For this research project, the team used mice lacking the CD69 gene. The project was supported by the Spanish Cardiovascular Disease Research Network (CIBER-CV) as was conducted in partnership with José Martínez González, whose group is based at the Instituto de Investigaciones Biomédicas in Barcelona (IIB-Sant Pau).

The clinical relevance of the study is demonstrated by the results of an analysis of lymphocyte-expressed CD69 in blood samples obtained from 305 participants in the PESA project (Progression of Early Subclinical Atherosclerosis). PESA is a prospective study that uses advanced imaging techniques to detect the presence of atherosclerotic plaques in overtly healthy individuals. This part of the study was conducted in partnership with the PESA project investigators Valentín Fuster and Borja Ibáñez and the CNIC technical units focused on Bioinformatics (Fátima Sánchez-Cabo), Genomics (Ana Dopazo), and Proteomics (Jesús Vázquez). The PESA study is a joint project between the CNIC and Banco Santander and is led by Dr. Fuster. The study evaluates the presence and progression of atherosclerosis in more than 4000 middle aged participants.

The results of the Circulation study show that the expression of CD69 in circulating lymphocytes correlates inversely with the presence and extent of subclinical atherosclerosis. Cardiovascular disease is the single largest cause of death in the world, and preventive strategies for this disease are therefore a major priority.

This study was made available online in September 2018 ahead of final publication in print this month.

The Centro Nacional de Investigaciones Cardiovasculares (CNIC), directed by Dr. Valentín Fuster, is dedicated to cardiovascular research and the translation of knowledge gained into real benefits for patients. The CNIC, recognized by the Spanish government as a Severo Ochoa center of excellence, is financed through a pioneering public-private partnership between the government (through the Carlos III Institute of Health) and the Pro-CNIC Foundation, which brings together 14 of the most important Spanish private companies.

Hubble sees the brightest quasar in the early Universe

Scienmag May 29, 2019
Credit: Kanazawa University Background Hepatocyte Growth Factor (HGF)*1) is a protein that acts as a cell growth…