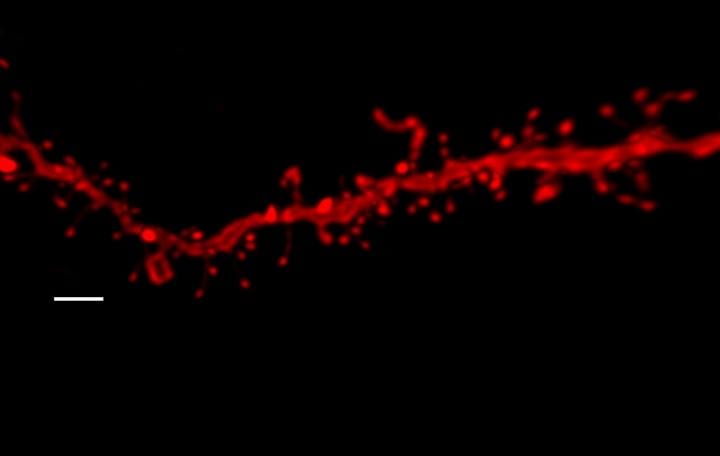 A new study conducted on laboratory animals shows that exposure to cannabis and stress during adolescence may lead to long-term anxiety disorders characterized by the presence of pathological fear. The work carried out by the Neuropharmacology Laboratory-NeuroPhar at Pompeu Fabra University, was led by the researchers Fernando Berrendero, now at Francisco de Vitoria University, and Rafael Maldonado, and has been published in the journal Neuropharmacology.

Cannabis remains the most commonly consumed illegal drug worldwide. Its regular use often begins during adolescence, which is especially troubling because this period is crucial for the brain to mature properly through the reorganization of the neuronal synapses.

Numerous preclinical and epidemiological data suggest that exposure to cannabinoids in adolescents may increase the risk of the onset of psychiatric illnesses in adulthood. The results of the National Drugs Plan show an increase in the consumption of cannabis and a recent review highlights that in recent years the perception of the risk of its consumption has diminished among the young population, from 12 to 17 years of age, the age group discussed in this article.

“In this study we have investigated the effects of simultaneous exposure to Δ9-tetrahydrocannabinol (THC), which is primarily responsible for the psychoactive properties of cannabis, and to stress during adolescence”, explain Rocio Saravia and Marc Ten-Blanco, first authors of the article. Specifically, they have studied how this exposure during adolescence affects the extinction of the memory of fear in adult mice.

Occasionally, a stimulus that should be neutral, as could be, for example, seeing the dentist in a white coat, is associated with a threatening one, which would be the pain we have felt upon previous visits to the dentist, and causes a fear response. Normally, fear reactions diminish over time as the conditioned stimulus ceases to be associated with the negative experience. This is known as fear extinction. But when fear extinction does not occur properly, anxiety disorders such as post-traumatic stress syndrome, phobias or panic attacks occur.

“We have observed that adolescent mice treated with THC and exposed to stress display impaired fear extinction in adulthood. However, this effect was not observed in animals exposed to these same two factors separately”, Fernando Berrendero explains. In addition, the resistance to fear extinction was associated with a decrease in neuronal activity in the basolateral amygdala and the infralimbic prefrontal cortex, suggesting a deregulation in the long term of the circuit that regulates fear.

“Our findings highlight the influence of environmental factors such as stress on the harmful effects of the exposure to cannabis during early ages and suggest that the consequences of early cannabis use greatly depend on the environment of its use”, explains Rafael Maldonado, full professor of Pharmacology at UPF. “The presence of stress situations, common among consumers of the substance, may worsen the harmful effects of cannabis”, he concludes.

Their study has also involved the researchers Humberto Gagliano, Antonio Armario and Raül Andero, of the Autonomous University of Barcelona. The article is part of a project funded by the Spanish National Drugs Plan.

MAA to honor authors of year's best writing in mathematics