Instead of ballooning into spheres, as once thought, early supernovae ejected jets that may have seeded new stars 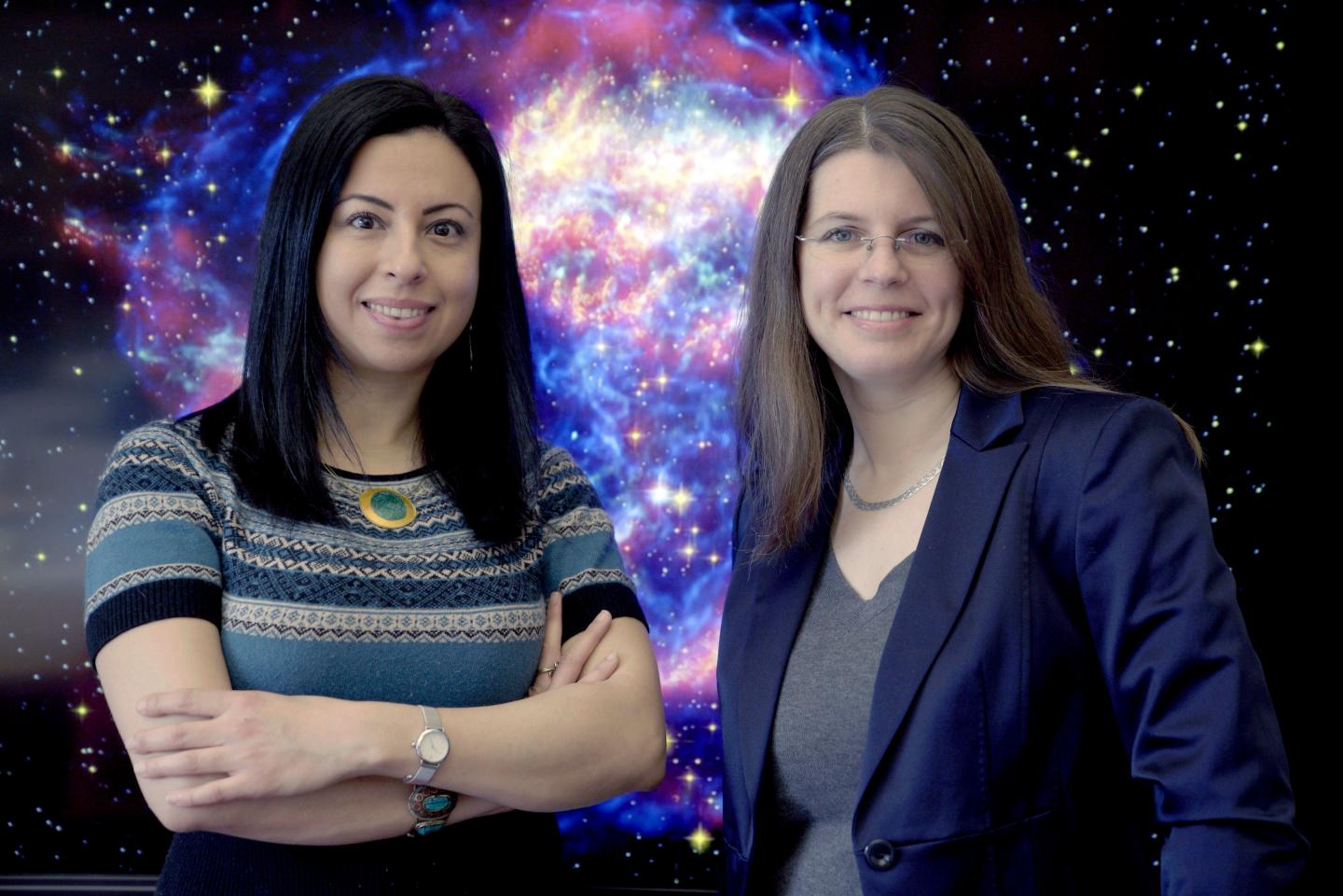 Several hundred million years after the Big Bang, the very first stars flared into the universe as massively bright accumulations of hydrogen and helium gas. Within the cores of these first stars, extreme, thermonuclear reactions forged the first heavier elements, including carbon, iron, and zinc.

These first stars were likely immense, short-lived fireballs, and scientists have assumed that they exploded as similarly spherical supernovae.

But now astronomers at MIT and elsewhere have found that these first stars may have blown apart in a more powerful, asymmetric fashion, spewing forth jets that were violent enough to eject heavy elements into neighboring galaxies. These elements ultimately served as seeds for the second generation of stars, some of which can still be observed today.

In a paper published today in the Astrophysical Journal, the researchers report a strong abundance of zinc in HE 1327-2326, an ancient, surviving star that is among the universe’s second generation of stars. They believe the star could only have acquired such a large amount of zinc after an asymmetric explosion of one of the very first stars had enriched its birth gas cloud.

“When a star explodes, some proportion of that star gets sucked into a black hole like a vacuum cleaner,” says Anna Frebel, an associate professor of physics at MIT and a member of MIT’s Kavli Institute for Astrophysics and Space Research. “Only when you have some kind of mechanism, like a jet that can yank out material, can you observe that material later in a next-generation star. And we believe that’s exactly what could have happened here.”

“This is the first observational evidence that such an asymmetric supernova took place in the early universe,” adds MIT postdoc Rana Ezzeddine, the study’s lead author. “This changes our understanding of how the first stars exploded.”

“A sprinkle of elements”

HE 1327-2326 was discovered by Frebel in 2005. At the time, the star was the most metal-poor star ever observed, meaning that it had extremely low concentrations of elements heavier than hydrogen and helium — an indication that it formed as part of the second generation of stars, at a time when most of the universe’s heavy element content had yet to be forged.

“The first stars were so massive that they had to explode almost immediately,” Frebel says. “The smaller stars that formed as the second generation are still available today, and they preserve the early material left behind by these first stars. Our star has just a sprinkle of elements heavier than hydrogen and helium, so we know it must have formed as part of the second generation of stars.”

In May of 2016, the team was able to observe the star which orbits close to Earth, just 5,000 light years away. The researchers won time on NASA’s Hubble Space Telescope over two weeks, and recorded the starlight over multiple orbits. They used an instrument aboard the telescope, the Cosmic Origins Spectrograph, to measure the minute abundances of various elements within the star.

The spectrograph is designed with high precision to pick up faint ultraviolet light. Some of those wavelength are absorbed by certain elements, such as zinc. The researchers made a list of heavy elements that they suspected might be within such an ancient star, that they planned to look for in the UV data, including silicon, iron, phosophorous, and zinc.

“I remember getting the data, and seeing this zinc line pop out, and we couldn’t believe it, so we redid the analysis again and again,” Ezzeddine recalls. “We found that, no matter how we measured it, we got this really strong abundance of zinc.”

Frebel and Ezzeddine then contacted their collaborators in Japan, who specialize in developing simulations of supernovae and the secondary stars that form in their aftermath. The researchers ran over 10,000 simulations of supernovae, each with different explosion energies, configurations, and other parameters. They found that while most of the spherical supernova simulations were able to produce a secondary star with the elemental compositions the researchers observed in HE 1327-2326, none of them reproduced the zinc signal.

As it turns out, the only simulation that could explain the star’s makeup, including its high abundance of zinc, was one of an aspherical, jet-ejecting supernova of a first star. Such a supernova would have been extremely explosive, with a power equivalent to about a nonillion times (that’s 10 with 30 zeroes after it) that of a hydrogen bomb.

“We found this first supernova was much more energetic than people have thought before, about five to 10 times more,” Ezzeddine says. “In fact, the previous idea of the existence of a dimmer supernova to explain the second-generation stars may soon need to be retired.”

The team’s results may shift scientists’ understanding of reionization, a pivotal period during which the gas in the universe morphed from being completely neutral, to ionized — a state that made it possible for galaxies to take shape.

“People thought from early observations that the first stars were not so bright or energetic, and so when they exploded, they wouldn’t participate much in reionizing the universe,” Frebel says. “We’re in some sense rectifying this picture and showing, maybe the first stars had enough oomph when they exploded, and maybe now they are strong contenders for contributing to reionization, and for wreaking havoc in their own little dwarf galaxies.”

These first supernovae could have also been powerful enough to shoot heavy elements into neighboring “virgin galaxies” that had yet to form any stars of their own.

“Once you have some heavy elements in a hydrogen and helium gas, you have a much easier time forming stars, especially little ones,” Frebel says. “The working hypothesis is, maybe second generation stars of this kind formed in these polluted virgin systems, and not in the same system as the supernova explosion itself, which is always what we had assumed, without thinking in any other way. So this is opening up a new channel for early star formation.”

This research was funded, in part, by the National Science Foundation.

PAPER: “Evidence for an aspherical Population III supernova explosion inferred from the hyper metal-poor star HE 1327-2326.”

ARCHIVE: Anna Frebel is searching the stars for clues to the universe’s origins

ARCHIVE: 3 Questions: Anna Frebel on searching for the oldest stars

ARCHIVE: Researchers identify one of the earliest stars in the universe

ARCHIVE: An element that’s rare on Earth is found far, far away

Scienmag Aug 19, 2019
A research renaissance into chip-based control of light-sound interactions could transform our 5G networks,…

How to tie microscopic knots