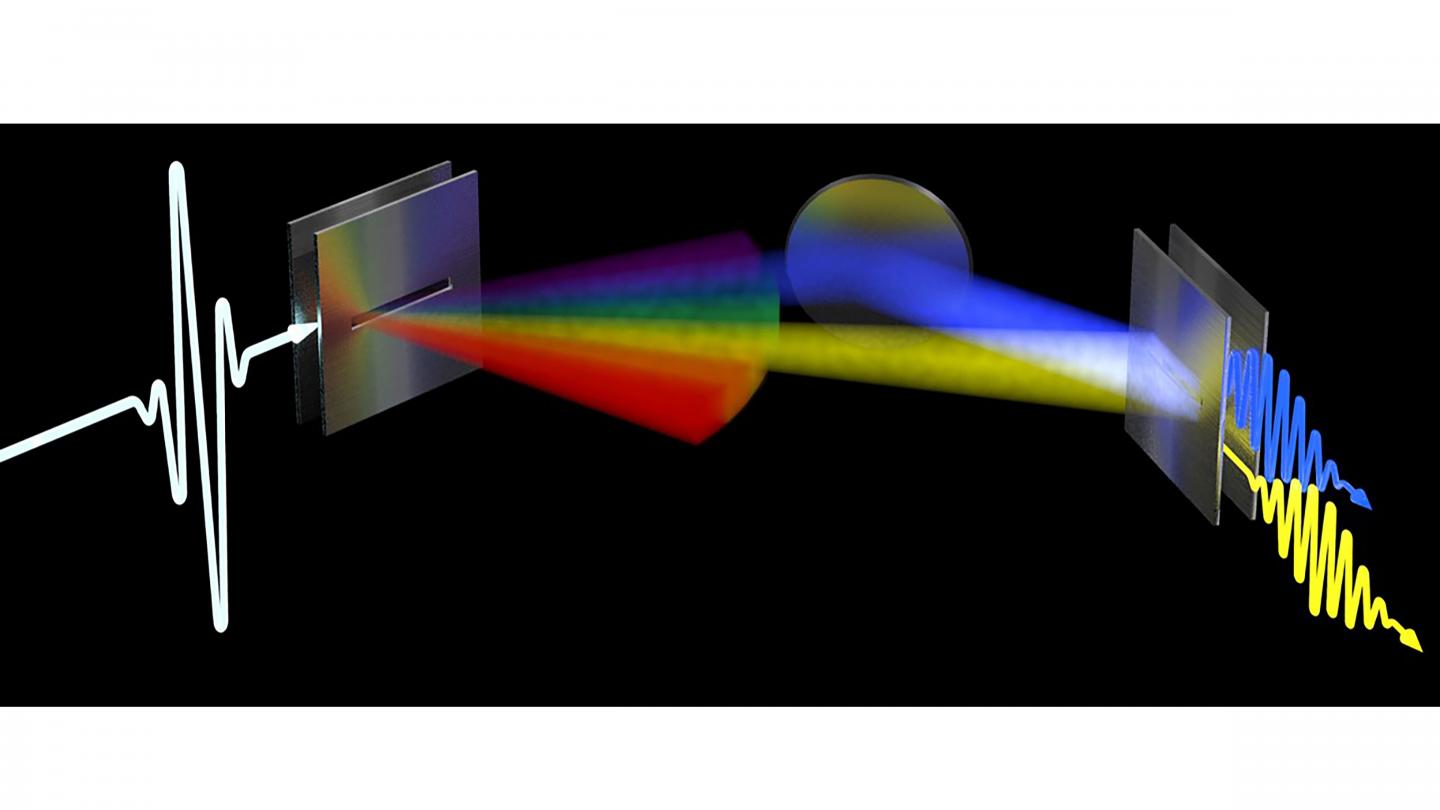 WASHINGTON, April 27, 2021 — If a base station in a local area network tries to use a directional beam to transmit a signal to a user trying to connect to the network — instead of using a wide area network broadcast, as base stations commonly do — how does it know which direction to send the beam?

Researchers from Rice University and Brown University developed a link discovery method in 2020 using terahertz radiation, with high-frequency waves above 100 gigahertz. For this work, they deferred the question of what would happen if a wall or other reflector nearby creates a non-line-of-sight (NLOS) path from the base station to the receiver and focused on the simpler situation where the only existing path was along the line-of-sight (LOS).

In APL Photonics, from AIP Publishing, those same researchers address this question by considering two different generic types of transmitters and exploring how their characteristics can be used to determine whether an NLOS path contributes to the signal received by the receiver.

“One type of transmitter sends all frequencies more or less in the same direction,” said Daniel Mittleman, co-author and an engineering professor at Brown, “while the other type sends different frequencies in different directions, exhibiting strong angular dispersion. The situation is quite different in these two different cases.”

The researchers’ work shows that the transmitter sending different frequencies in different directions has distinct advantages in its ability to detect the NLOS path and distinguish them from the LOS path.

“A well-designed receiver would be able to detect both frequencies and use their properties to recognize the two paths and tell them apart,” Mittleman said.

Many recent reports within academic literature have focused on various challenges involved in using terahertz signals for wireless communications. Indeed, the term 6G has become a buzzword to encompass future generations of wireless systems that use these ultrahigh-frequency signals.

“For terahertz signals to be used for wireless communications, many challenges must be overcome, and one of the biggest is how to detect and exploit NLOS paths,” said Mittleman.

This work is among the first to provide a quantitative consideration of how to detect and exploit NLOS paths, as well as a comparison of the behavior of different transmitters within this context.

“For most realistic indoor scenarios we can envision for an above-100 gigahertz wireless network, the issue of NLOS path is definitely going to require careful consideration,” said Mittleman. “We need to know how to exploit these link opportunities to maintain connectivity.”

If, for example, the LOS path is blocked by something, an NLOS path can be used to maintain the link between the base station and receiver.

“Interestingly, with a transmitter creating strong angular dispersion, sometimes an NLOS link can provide even faster connectivity than the LOS link,” said Yasaman Ghasempour, co-author formerly at Rice University and currently an assistant professor at Princeton University. “But you can’t take advantage of such opportunities if you don’t know the NLOS path exists or how to find it.”

APL Photonics is the dedicated home for open access multidisciplinary research from and for the photonics community. The journal publishes fundamental and applied results that significantly advance the knowledge in photonics across physics, chemistry, biology and materials science. See https://aip.scitation.org/journal/app.