After several years of developing the theoretical ideas, University of Illinois Urbana-Champaign researchers have validated multiple novel predictions about the fundamental mechanism of transport of atoms and molecules (penetrants) in chemically complex molecular and polymer liquid matrices. 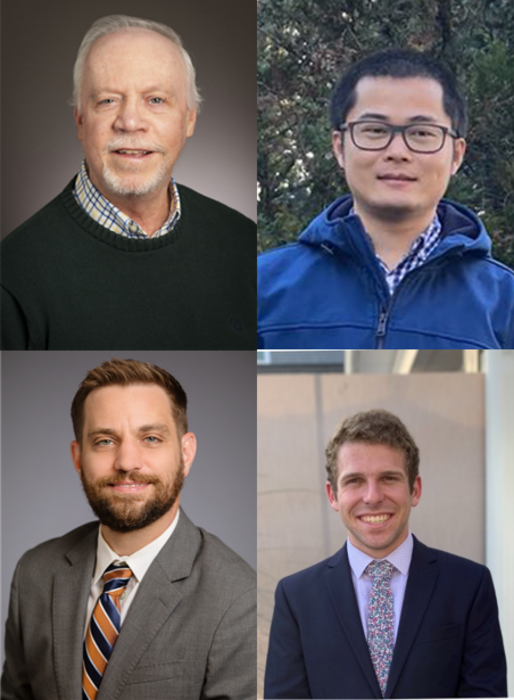 Credit: The Grainger College of Engineering at the University of Illinois Urbana-Champaign

After several years of developing the theoretical ideas, University of Illinois Urbana-Champaign researchers have validated multiple novel predictions about the fundamental mechanism of transport of atoms and molecules (penetrants) in chemically complex molecular and polymer liquid matrices.

The study, published recently in Proceedings of the National Academy of Sciences (PNAS) from Materials Science and Engineering (MatSE) Professor Ken Schweizer and Dr. Baicheng Mei, extended the theory and tested it against a large amount of experimental data. MatSE Associate Professor Chris Evans and graduate student Grant Sheridan collaborated on this research by providing additional experimental measurements.

“We developed an advanced, state-of-the art theory to predict how molecules move through complex media, especially in polymer liquids,” Schweizer said. “The theory abstracted what the important features are of the chemically complex molecules and of the polymeric medium that they’re moving through that control their rate of transport.”

The diffusion of penetrants in polymeric matrices has broad applications, including membrane separations, barrier coatings, drug delivery, and self-healing. However, controlling the rate of transport of penetrants through these matrices used in materials applications is a complicated process. How fast molecules move through a material can vary over 15 orders of magnitude depending on various features of the molecule and the matrix, most importantly the size of the molecule and the temperature.

After the theory was developed, the team scoured the literature to find as much experimental data as possible for various penetrant-matrix pairs. They were looking for data sets with the widest range of temperature to test their predictions: from high temperatures where polymers are rubbery, down to low temperatures where polymers ultimately vitrify into a solid glass, and for penetrants of very different chemical structures in diverse polymeric and molecular matrices. A total of 17 data sets were analyzed and Schweizer says “that we found very strong evidence for the new ideas of the theory.”

Changing temperature by even 30% can change the diffusivity of penetrant molecules by 10 orders of magnitude. As temperature is lowered, the diffusion gets slower and slower, and ultimately in a qualitatively more rapid manner that depends on the molecular nature of the penetrant and polymer matrix.

Schweizer explains, “When the molecule is small, and/or the temperature is high, the influence of its surroundings on its motion is simpler and it feels much less resistance. But when the molecule gets big enough, especially under sufficiently cold conditions, it effectively must push more of the surrounding material out of the way, and it becomes much more difficult to move. And that completely changes the temperature dependence, in a way that strongly amplifies the differences in the transport rate of different molecules which can be exploited to design more selective polymer membranes.”

Each penetrant and polymer matrix pair has its own fingerprint for the rate at which the molecule can move, and small changes of temperature or penetrant size can generate enormous changes in the rate of motion of the molecule. Of this result, Schweizer says “it is a spectacular experimental phenomenon.”

After validating this theory, “what comes out is not only an explanation of existing data, but a way to think about the synthesis of new molecules or new polymer materials with a tailored rate of temperature-dependent transport. It’s like inverse engineering,” Schweizer concluded.

This research was supported by the Department of Energy Basic Energy Sciences, via the Materials Research Laboratory at UIUC.