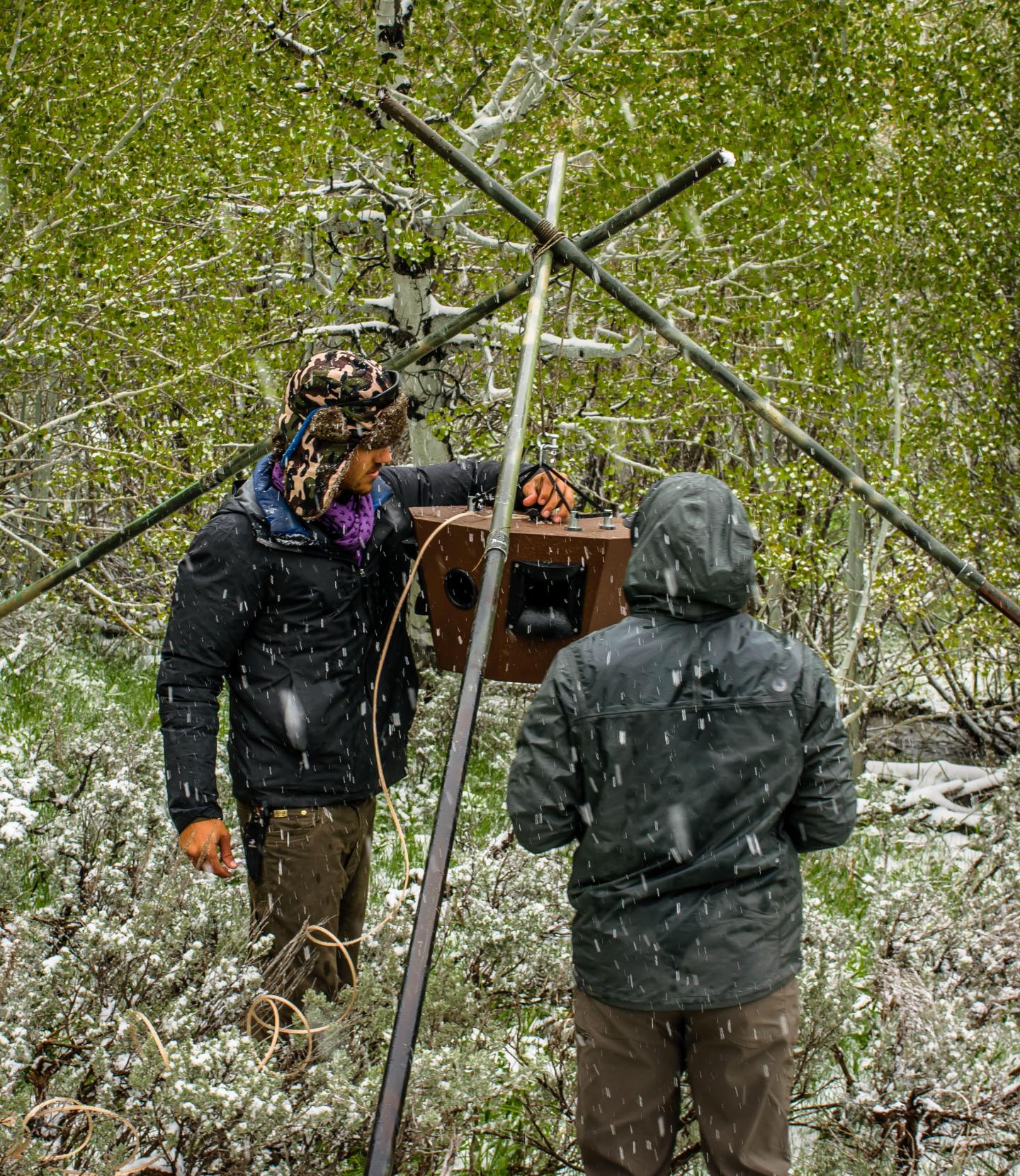 While many might consider a walk in the woods to be a quiet, peaceful escape from their noisy urban life, we often don’t consider just how incredibly noisy some natural environments can be. Although we use soothing natural sounds in our daily lives – to relax or for meditation – the thunder of a mountain river or the crash of pounding surf have likely been changing how animals communicate and where they live for eons. A new experimental study published in the journal Nature Communications finds that birds and bats often avoid habitat swamped with loud whitewater river noise.

Dr. Dylan Gomes, a recent PhD graduate of Boise State University and first author on the paper, summarizes the aims of the work this way, “naturally-loud environments have been largely neglected in ecological research. We aimed to test the hypothesis that intense natural noise can shape animal distributions and behavior by experimentally broadcasting whitewater river noise at a massive scale.” In fact, the scientists had to transport literal tons of gear across roadless terrain to place solar-powered speaker arrays in half of their 60 locations in the Pioneer Mountains of Idaho where they monitored bird and bat populations for two summers.

The speaker arrays were arranged along riparian areas, filling each bubbling brook with the auditory experience of a rushing whitewater river. The team took advantage of their experimental approach to broadcast both realistic reproductions of river noise, as well as river noise that had been shifted upwards in frequency to understand how the noise caused changes in animal numbers. “The prevailing hypothesis for why many animals avoid noise is called masking. Masking occurs when noise overlaps in frequency (what we perceive as pitch) with a biological signal or cue. By broadcasting noise of different frequencies, we hoped to assess the role that masking of important sounds, such as birdsong, plays in the avoidance of noisy places”, said the senior author of the study, Dr. Jesse Barber of Boise State University. The scientists found that overlap between background noise and song frequency predicted bird declines until acoustic environments became about as loud as a highway, at which point other forces, such as an inability to hear predators and prey, likely become more important.

Understanding how noise drives animals out of otherwise good habitat is clearly important, but what about the animals that stay behind? To study foraging in birds that remained in naturally-loud places the authors set out hundreds of caterpillar decoys made of clay across their study sites. By carefully examining the types of marks predators left in the clay, the scientists found that more noise meant less foraging by birds. This means that, even after controlling for the fact that fewer birds were found in loud places, birds were less efficient at visually hunting for these silent, decoy caterpillars in the presence of noise. This is not unlike the difficulty people can experience when trying to listen to a friend talk while a muted television is on, dividing our attention.

To understand how bats that remained in noise-exposed areas fared, the team deployed two foraging puzzles to solve. The first was a “robo-moth” that lured in bats with its insect-like wing beats. The second was a speaker playing a “mix tape” of cricket and katydid calls and insect walking sounds. After almost 150 nights of data collection the scientists found that, as the world gets louder, some bats switch from listening for prey sounds to using echolocation. Dr. Gomes explains, “this behavioral switch is likely driven by prey calls and footsteps being masked by river noise and this type of problem-solving likely explains why some bats can remain near the ruckus of a raging whitewater river”.

When putting all these pieces together, the authors argue that by studying how animals respond to noise sources that they have faced throughout their evolutionary history, we can get a better handle on how animals will deal with human-caused noise. Dr. Clinton Francis from California Polytechnic State University and Co-Principal Investigator of the study says, “our work showing that natural noise can structure where animals live and how they behave only increases the call to manage human-caused noise. The spatial and temporal footprint of anthropogenic noise is far greater than loud natural environments.”

Other co-authors on this paper include Dr. Cory Toth, a former postdoctoral researcher and Hunter Cole, a current Master’s student, both members of the Barber Lab at Boise State University. This work was funded by the National Science Foundation and was conducted on land owned and managed by Lava Lake Ranch.