Exercising at home has a positive effect on Parkinson’s patients 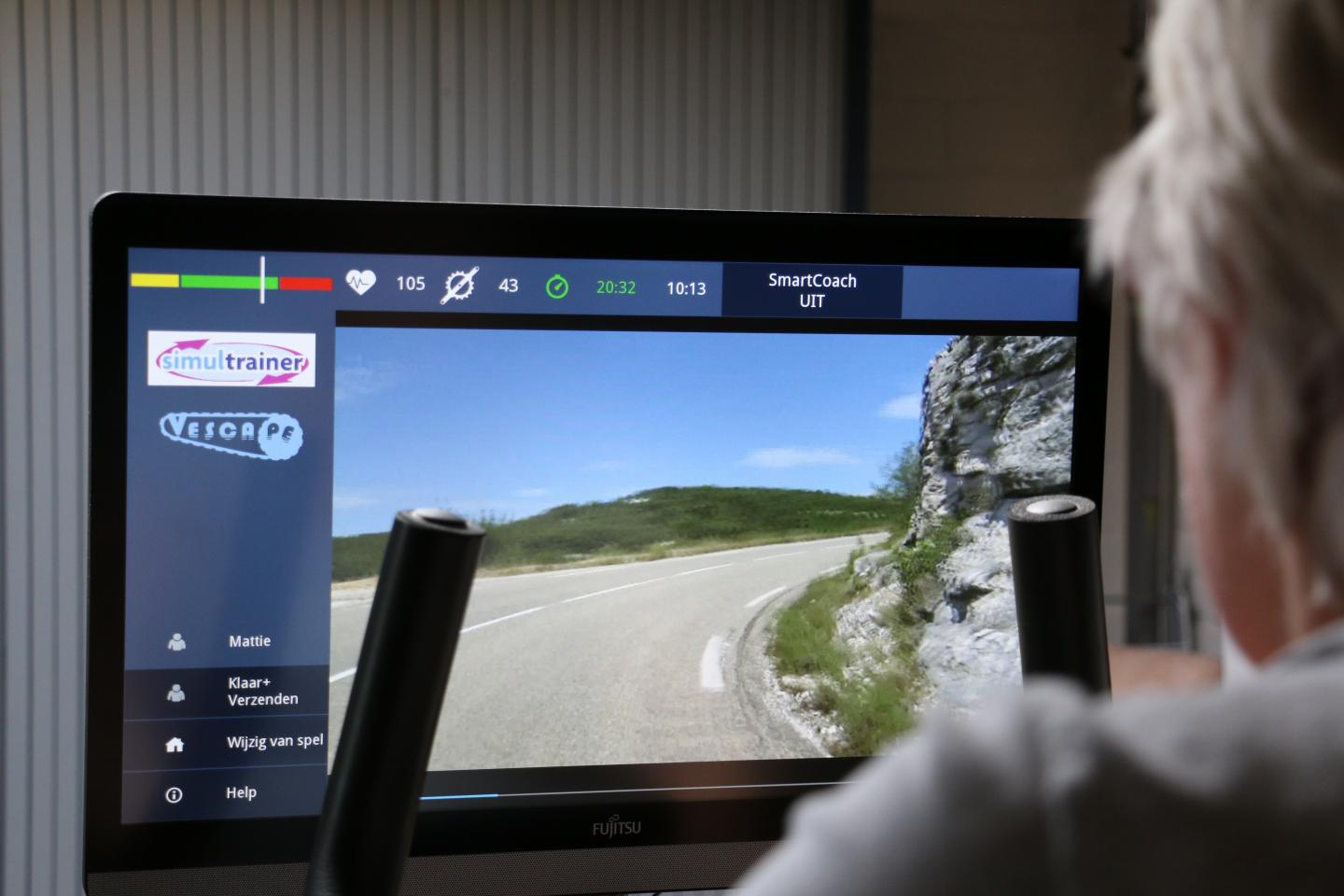 Even though exercise is known to be healthy, many people find it difficult to maintain an exercise program for a longer time. This applies even more to people with a chronic illness such as Parkinson’s disease, where physical and mental limitations are additional obstacles. The Park-in-Shape study, funded by ZonMW (Netherlands Organization for Health Research & Development), tested an innovative solution for this challenge. The participants were divided into two groups. Both groups had a motivational app at their disposal, which offered the participants rewards for exercising. The control group only performed stretching exercises, while the active intervention group was instructed to exercise for 30-45 minutes on a stationary bicycle at home, at least three times a week.

The active group’s exercise bikes were also equipped with motivating games, making the program more entertaining and challenging for the participants. For example, the participants could race against their own previous performance – a “ghost rider” – or against a group of other cyclists. The system adjusted the difficulty of the game to the patient’s heartbeat, making the challenge just right. The challenges also became more difficult as the participants got fitter.

Thanks to these motivating elements, the participants faithfully complied with the cycling exercise regime three times a week for 6 months. After the study, the cycling patients had a significantly better cardiovascular fitness, which has many obvious advantages. The motor disability of the cycling group was also significantly better: according to the gold standard (the MDS-UPDRS score), the cycling group scored on average 4.2 points lower than the control group. This is a rather large effect, comparable to that of several conventional Parkinson’s drugs. PhD candidate Nicolien van der Kolk: “We were pleasantly surprised that people with Parkinson’s disease were able to adhere to their exercise regimes so well. The beneficial effect on their motor disability was also large enough to be clinically relevant. As such, exercise is a very useful addition to the medication.”

The fact that this cycling exercise can take place entirely at home is a major advantage for patients, as this greatly enhances the feasibility of the treatment. Principal investigator Professor Bas Bloem: “This study is very important. We can now start researching whether much more long-term cycling can also slow the disease progression. Also, this new ‘exergaming’ approach that we have developed is very suitable to achieve long-term improvements in exercise behavior for patients with a range of other disorders that could also benefit from regular exercise.”

Scienmag Sep 20, 2019
Consuming cornstarch every few hours has been the only available option for survivalCredit: Tina Encarnacion/UConn…

New tunable nanomaterials possible due to flexible process invented by…