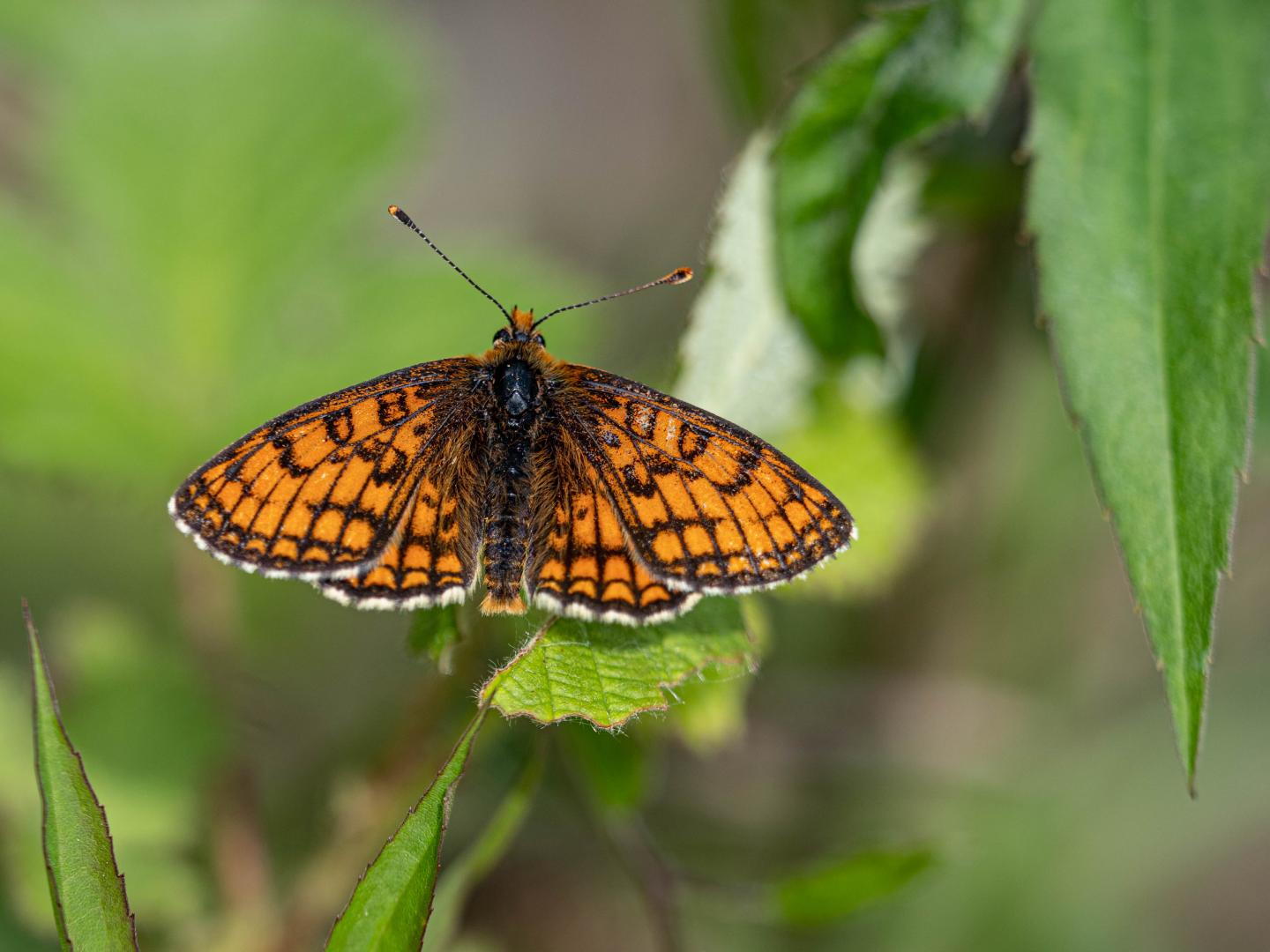 Nitrogen from agriculture, vehicle emissions and industry is endangering butterflies in Switzerland. The element is deposited in the soil via the air and has an impact on vegetation – to the detriment of the butterflies, as researchers at the University of Basel have discovered.

More than half of butterfly species in Switzerland are considered to be at risk or potentially at risk. Usually, the search for causes focuses on intensive agriculture, pesticide use and climate change. A research team led by Professor Valentin Amrhein from the University of Basel, however, has been investigating another factor – the depositing of nitrogen from agriculture and exhaust fumes from industry and traffic in soils via the air. In the journal Conservation Biology, the research team reports a connection between this unintentional fertilization and the low diversity of butterflies in Switzerland.

It was already known from previous studies that too much nitrogen leads to denser vegetation, but with a smaller selection of plant species. Nitrogen stimulates the growth of less demanding plants in particular, with more specialized species being displaced. “We wanted to find out whether a nitrogen surplus also indirectly affects the diversity of butterflies via this change in vegetation,” explains Dr. Tobias Roth, lead author of the study.

The team analyzed data from Biodiversity Monitoring Switzerland on the diversity and prevalence of plants and butterflies on 383 plots throughout Switzerland. The result was clear: the more nitrogen introduced via the air to the areas studied, the less diverse the vegetation and hence the butterfly species.

“As caterpillars, some butterfly species need certain plant species as food, or are dependent on a certain microclimate,” Roth explains. Over-fertilization results in open, warm and dry places becoming cooler, shadier and damper due to stronger plant growth.

The nitrogen surplus impacts the prevalence of a large number of butterfly species in Switzerland, such as those that prefer open and dry sites. The researchers saw the clearest effect in rare and endangered species. “Nitrogen from the air is likely to be an important factor in the reason why these species are endangered,” Roth remarks.

Existing literature on the diversity of butterflies explains the presence or absence of species primarily in terms of habitat quality or climate. A literature review by the research team revealed that plant diversity and vegetation density have so far received less attention. “We believe that the impact of nitrogen enrichment on butterflies has been underestimated,” says Amrhein. Nitrogen appears to play a similarly extensive role as climate change when it comes to butterfly diversity.

While the researchers do not see a simple approach for improving the situation, technical improvements continue to offer a certain potential. “In the past, slurry was sprayed on farmland, for example, and some of this was transferred to other areas of land by the wind,” Roth explains. Today, he says, drag hoses are used increasingly to apply the slurry directly to the soil. This reduces nitrogen input via the air to other areas where it is not wanted.

In addition, buffer zones and adapted landscape management can also help to partially mitigate the negative impact on sensitive habitats: this includes measures to prevent scrub encroachment, such as grazing or more frequent mowing. This is beneficial not only for demanding plant species, but also for butterflies. According to the researchers, however, there is ultimately no way around environmentally friendly consumer behavior when it comes to reducing unwanted nitrogen input, for example through the reduction of vehicle emissions and livestock farming. Around two thirds of nitrogen input into sensitive ecosystems in Switzerland today originate from ammonia emissions from livestock farming.