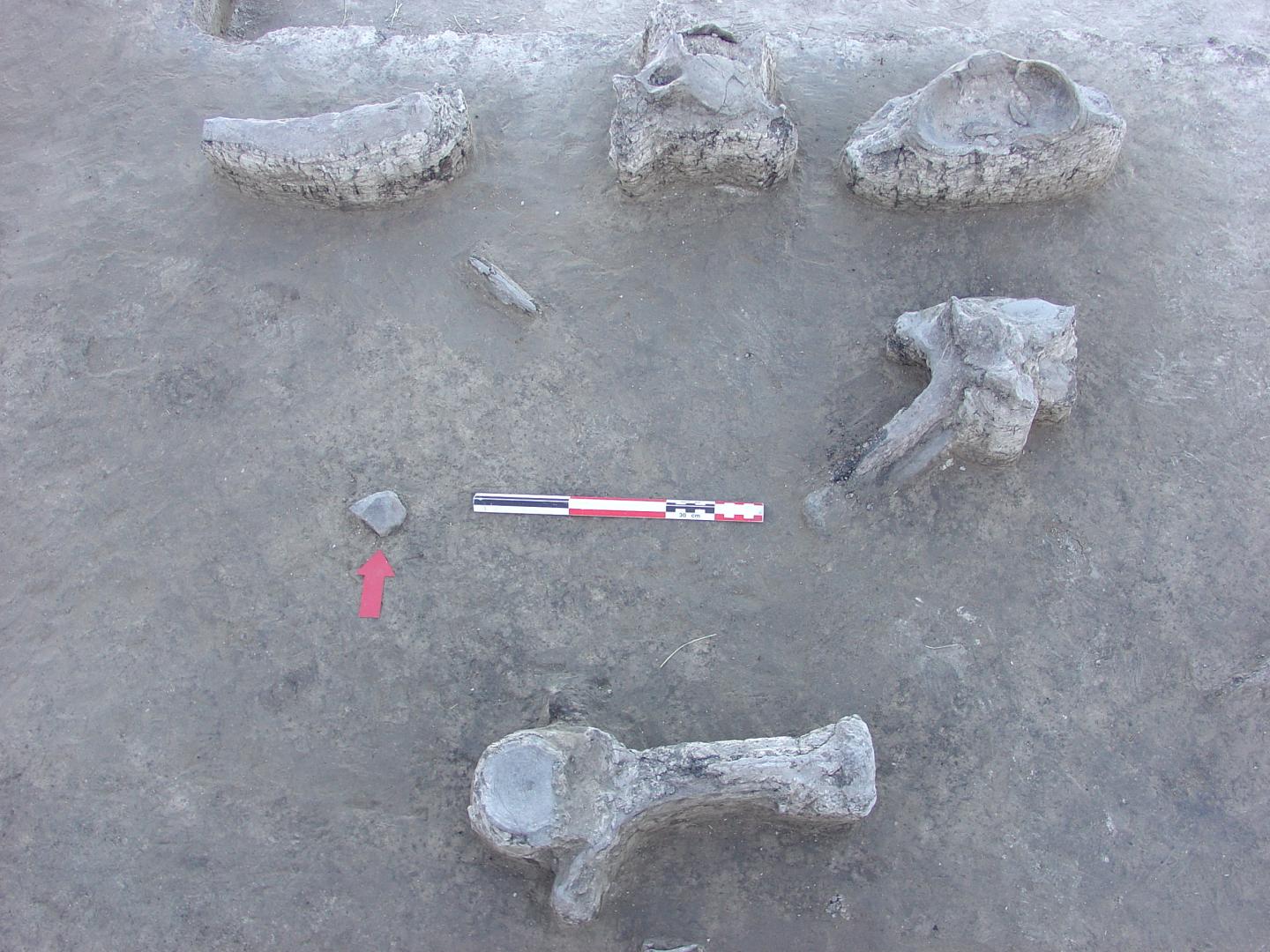 By re-dating giant ground sloth remains found in the Argentinian Pampas region using more advanced technology, scientists say they have provided evidence that humans hunted and butchered this animal near a swamp during the end of the Pleistocene. Based on their radiocarbon dates of this specimen, the authors say that their report challenges the popular hypothesis that megamammals from South America survived well into the Holocene in the Pampas, instead suggesting they took their last breaths in the Pleistocene. Loss of up to 90% of large animal species on ice-free continents occurred during the end of the Pleistocene, and many megafauna went extinct. To date, studies have suggested that humans and/or climate-driven events could be to blame for megafauna loss, but the causes and dynamics of megafauna extinction are hard to determine, and direct evidence of human predation on megafauna is scarce. The Argentinian archeological site Campo Laborde has produced many megafauna fossils, but accurate radiocarbon dating has been difficult on these bones because the fossils have very little collagen, making it hard to extract. Dating is also challenging because the collagen is heavily contaminated with sedimentary organic matter. To overcome this contamination, Gustavo G. Politis and colleagues thought to apply XAD purification chemistry, which can isolate the amino acids in a bone’s collagen, resulting in a more accurate radiocarbon date, they say. Only one bone from a giant ground sloth found at Campo Laborde contained collagen. This specimen was first dated in 2007 as being around 9,730 years of age (pegging it to the Holocene, which began around 11,650 years ago). Using accelerator mass spectrometry to radiocarbon date the amino acids of the specimen, Politis determined that the giant ground sloth bone better dated to around 10,570 years of age, plus or minus 170 years. According to the authors, contaminated collagen was the reason for the previous “younger” (Holocene) dates. In addition to the previously discovered lithic artifacts that were found around the giant ground slot and dated to around 11,800 and 10,000 years before present, this study “solidly dates” the killing and exploitation of the giant ground sloth to the late Pleistocene and does not support extinct megamammals surviving into the Holocene at Campo Laborde, the authors say.