Even mild or moderate COVID-19 can affect the cardiovascular system in young adults, study shows

A study conducted at São Paulo State University (UNESP) in Brazil shows that even mild to moderate infection by SARS-CoV-2 can cause an imbalance in the cardiovascular system of young adults without pre-existing diseases. The researchers also concluded that both obesity and a low level of physical activity are key factors in post-COVID that help alter the autonomic nervous system, which regulates such vital functions as blood pressure, heart rate and breathing. 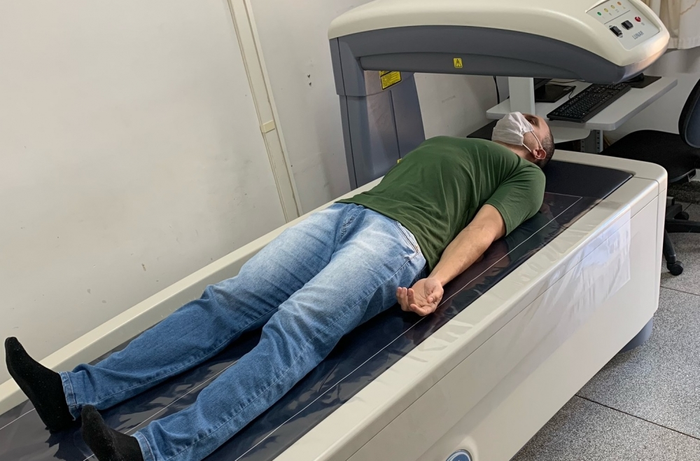 A study conducted at São Paulo State University (UNESP) in Brazil shows that even mild to moderate infection by SARS-CoV-2 can cause an imbalance in the cardiovascular system of young adults without pre-existing diseases. The researchers also concluded that both obesity and a low level of physical activity are key factors in post-COVID that help alter the autonomic nervous system, which regulates such vital functions as blood pressure, heart rate and breathing.

The study, which was supported by FAPESP, involved male and female patients aged 20-40 before they were vaccinated.

“The results offer elements that should encourage people even with mild symptoms of COVID-19 to seek a more detailed diagnosis. The processes triggered by the virus can have consequences of which the patient is unaware,” said Fábio Santos de Lira, principal investigator for the project. Lira is a professor in the Department of Physical Education at UNESP’s School of Sciences and Technology in Presidente Prudente, and one of the authors of an article on the study published in a special issue of the International Journal of Environmental Research and Public Health entitled “Impact of Lifestyle Interventions in Immune Response, Inflammation and Vascular Health”.

The study was part of a broader project called Fit-COVID, which aims to explain some of the gaps in scientific knowledge on the natural history of the disease with a specific focus on immune, inflammatory and metabolic markers, in parallel with an assessment of the time-related modulatory effects of physical activity and body composition.

The researchers recruited COVID patients in Presidente Prudente, a city in the interior of São Paulo state with some 232,000 inhabitants. In end-February 2022, it had 39,049 confirmed cases and 982 deaths from the disease.

The participants had been diagnosed by RT-PCR not more than six months previously and had mild to moderate symptoms of COVID. A control group comprised age-matched healthy subjects. A total of 57 people were evaluated, with 38 remaining as the study sample after exclusions owing to chronic disease, drug use, and vaccination, among other reasons.

The main finding was that the post-COVID patients, even having had mild to moderate symptoms, displayed augmented activity of the sympathetic nervous system (a division of the ANS that regulates the response to danger, intense effort and stress), diminished activity of the parasympathetic nervous system (the other division of the ANS, responsible for resting functions, digestion and energy conservation), and lower overall variability than the control group. In other words, heart rate was higher and the organism did less to mitigate this in the post-COVID patients.

In subjects who were overweight or obese, and/or physically inactive, autonomic heart rate modulation was less effective. According to the authors, the study provides new insights regarding the role of BMI and physical activity on post-COVID autonomic deregulation that may contribute to a better understanding of the pathophysiology and treatment of post-acute COVID symptoms.

“We didn’t expect such an altered cardiovascular system, because they were young and didn’t have other diseases. Our study shows that significant functional alterations are possible in people who have had COVID, even without severe symptoms. This heart rate variation, for example, could become arrhythmia in future,” said Luciele Guerra Minuzzi, a postdoctoral fellow at UNESP and a co-author of the article, alongside Ana Paula Coelho Figueira Freire, first author and a researcher at the University of Western São Paulo (UNOESTE), and Bruna Spolador de Alencar Silva, last author and also a postdoc at UNESP.

The variations were reflected in the subjects’ day-to-day activities, such as the capacity to perform physical exercises, climb staircases and even walk. They reported fatigue and weakness. A simple test such as a six-minute walk is sufficient to detect the problem.

According to Minuzzi, the group earlier found evidence of metabolic dysregulation in hospitalized severe COVID patients, including high levels of lipids in the bloodstream and altered glycemia.

A study published in August 2021 by scientists at Appalachian State University in North Carolina (USA) detected autonomic dysregulation in young adults recovering from COVID, but used an invasive method, whereas the Brazilian researchers opted for a simpler, cheaper and non-invasive method.

At the time, the conclusion was that the physiological impact of COVID on resting heart rate may last as long as two to three months, possibly owing to autonomic dysfunction. The results were attributed to exacerbated inflammation during COVID, not least owing to the release of inflammatory cytokines.

According to Lira, the researchers are now analyzing other results of the same tests and will publish further findings soon. The project involves a multicenter study, with scientists at the University of Coimbra and the Coimbra Polytechnic Institute (Portugal) also participating.

In addition, the same patients continue to be tracked after being vaccinated. They were assessed six weeks after taking the vaccine. The next assessment will be performed in the 18th month after vaccination.

Role of Body Mass and Physical Activity in Autonomic Function Modulation on Post-COVID-19 Condition: An Observational Subanalysis of Fit-COVID Study