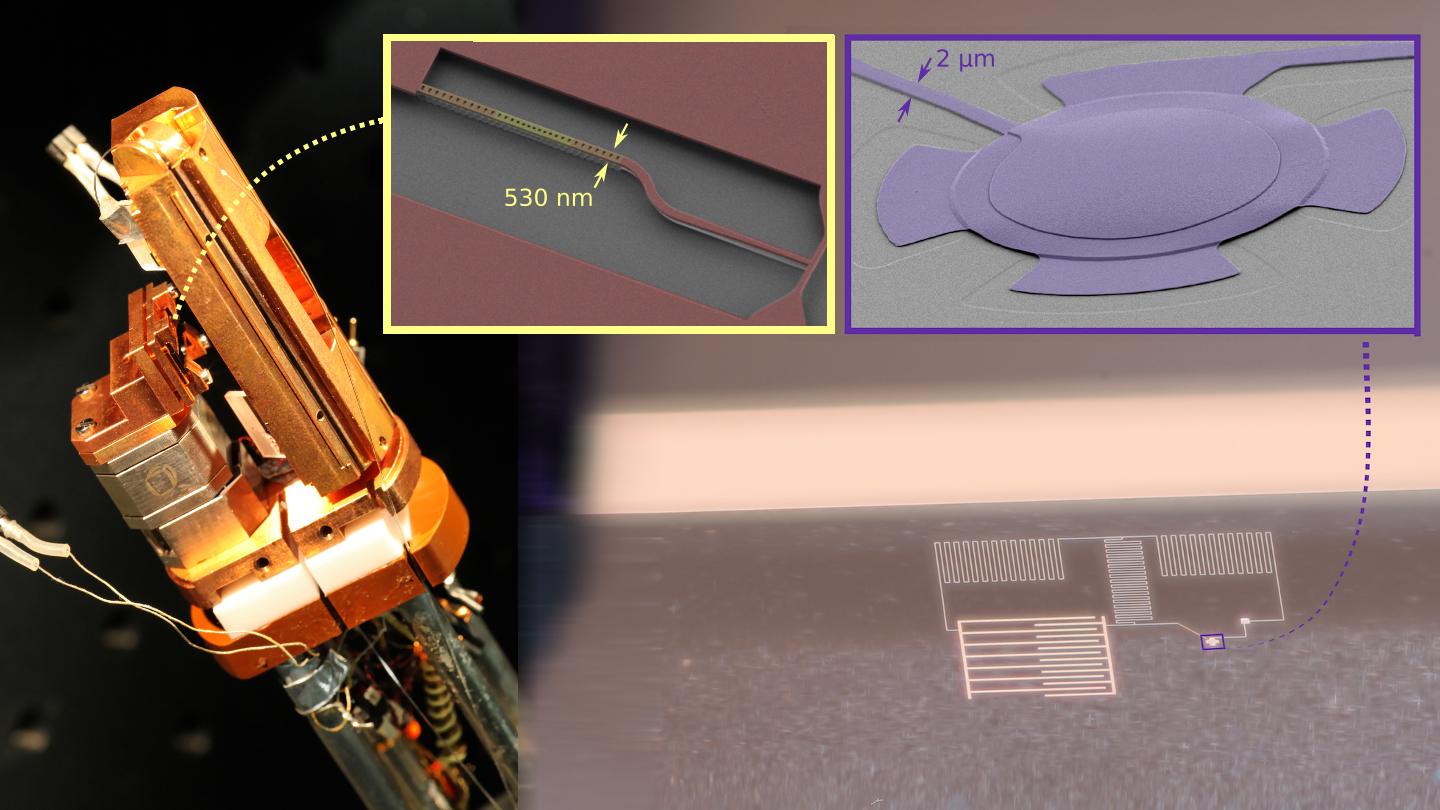 The limits of classical measurements of mechanical motion have been pushed beyond expectations in recent years, e.g. in the first direct observation- of gravitational waves, which were manifested as tiny displacements of mirrors in kilometer-scale optical interferometers. On the microscopic scale, atomic- and magnetic-resonance force microscopes can now reveal the atomic structure of materials and even sense the spins of single atoms.

But the sensitivity that we can achieve using purely conventional means is limited. For example, Heisenberg’s uncertainty principle in quantum mechanics implies the presence of “measurement backaction”: the exact knowledge of the location of a particle invariably destroys any knowledge of its momentum, and thus of predicting any of its future locations.

Backaction-evading techniques are designed specifically to ‘sidestep’ Heisenberg’s uncertainty principle by carefully controlling what information is gained and what isn’t in a measurement, e.g. by measuring only the amplitude of an oscillator and ignoring its phase.

In principle, such methods have unlimited sensitivity but at the cost of learning half of the available information. But technical challenges aside, scientists have generally thought that any dynamical effects arising from this optomechanical interaction don’t carry any further complications.

Now, in an effort to improve the sensitivity of such measurements, the lab of Tobias Kippenberg at EPFL, working with scientists at the University of Cambridge and IBM Research – Zurich, have discovered novel dynamics that place unexpected constraints on the achievable sensitivity. Published in Physical Review X, the work shows that tiny deviations in the optical frequency together with deviations in the mechanical frequency, can have grave results — even in the absence of extraneous effects — as the mechanical oscillations begin to amplify out of control, mimicking the physics of what is called a “degenerate parametric oscillator”.

The same behavior was found in two profoundly different optomechanical systems, one operating with optical and the other with microwave radiation, confirming that the dynamics were not unique to any particular system. The EPFL researchers charted the landscape of these dynamics by tuning the frequencies, demonstrating a perfect match with theory.

“Other dynamical instabilities have been known for decades and shown to plague gravitational wave sensors” says EPFL scientist Itay Shomroni, the paper’s first author. “Now, these new results will have to be taken into account in the design of future quantum sensors and in related applications such as backaction-free quantum amplification.”

Samples were fabricated at the Center of MicroNanoTechnology
(CMi) at EPFL and at IBM Reseach – Zurich.

Vampire bats give a little help to their ‘friends’

Beating the heat in the living wings of butterflies

Scienmag Feb 5, 2019
Overheated mice do not defend against flu in lab studyCredit: University of Tokyo CC-BY Heat waves can reduce the…

Predictable eSports: Amateurs and professionals sit differently on a…

Why do mosquitoes choose us? Lindy McBride is on the case