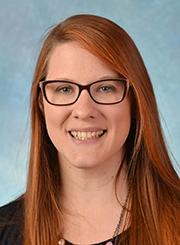 By ensuring ethnic diversity in a largescale genetic study, an international team of researchers, including a University of Massachusetts Amherst genetic epidemiologist, has identified more regions of the genome linked to type 2 diabetes-related traits.

The findings, published May 31 in Nature Genetics, broaden the understanding of the biological basis of type 2 diabetes and demonstrate that expanding research into different ancestries yields better results. Ultimately the goal is to improve patient care worldwide by identifying genetic targets to treat the chronic metabolic disorder. Type 2 diabetes affects and sometimes debilitates more than 460 million adults worldwide, according to the International Diabetes Federation. About 1.5 million deaths were directly caused by diabetes in 2019, the World Health Organization reports.

Cassandra Spracklen, assistant professor of biostatistics and epidemiology in the UMass Amherst School of Public Health and Health Sciences, is part of the international MAGIC collaboration. That group of more than 400 global academics conducted the genome-wide association meta-analysis, led by the University of Exeter in the United Kingdom.

“Our findings matter because we’re moving toward using genetic scores to weigh up a person’s risk of diabetes,” says Spracklen, one of the paper’s lead authors.

Up to now, some 88% of genomic research of this type has been conducted in white European-ancestry populations. “We know that scores developed exclusively in individuals of one ancestry don’t work well in people of a different ancestry,” Spracklen adds.

The team analyzed data across a wide range of cohorts, encompassing more than 280,000 people without diabetes. Researchers looked at glycemic traits, which are used to diagnose diabetes and monitor sugar and insulin levels in the blood.

The researchers incorporated 30 percent of the overall cohort with individuals of East Asian, Hispanic, African-American, South Asian and sub-Saharan African origin. By doing so, they discovered 24 more loci – or regions of the genome – linked to glycemic traits than if they had conducted the research in Europeans alone.

“Type 2 diabetes is an increasingly huge global health challenge- with most of the biggest increases occurring outside of Europe,” says Inês Barroso, professor of diabetes at the University of Exeter, who led the research. “While there are a lot of shared genetic factors between different countries and cultures, our research tells us that they do differ in ways that we need to understand. It’s critical to ensuring we can deliver a precision diabetes medicine approach that optimizes treatment and care for everyone.”

First author Ji Chen, a data science expert at the University of Exeter, adds: “Beyond the moral arguments for ensuring research is reflective of global populations, our work demonstrates that this approach generates better results.”

Though some loci were not detected in all ancestries, the team found it is useful to capture information about the glycemic trait in individual ancestries.

“This is important as increasingly healthcare is moving toward a more precise approach,” Spracklen says. “Failing to account for genetic variation according to ancestry will impact our ability to accurately diagnose diabetes.”