For the past 60 years the European Southern Observatory (ESO) has been enabling scientists worldwide to discover the secrets of the Universe. We mark this milestone by bringing you a spectacular new image of a star factory, the Cone Nebula, taken with ESO’s Very Large Telescope (VLT). 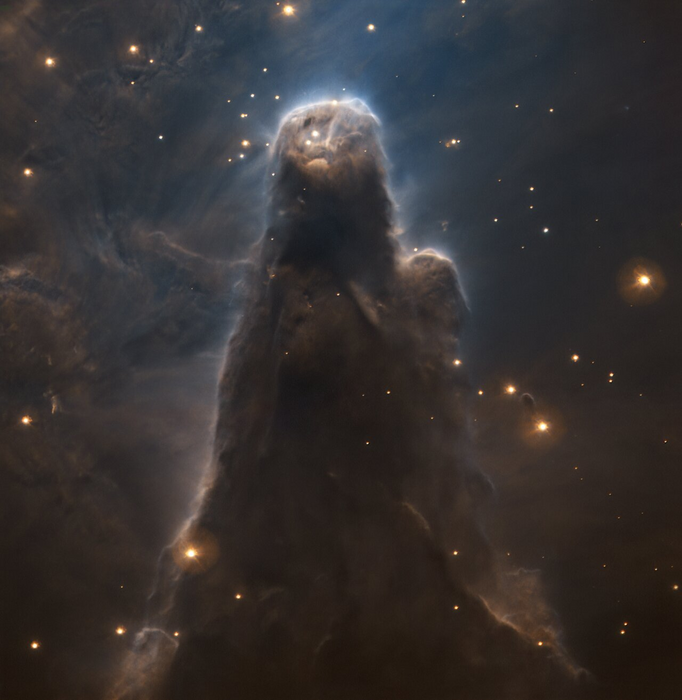 For the past 60 years the European Southern Observatory (ESO) has been enabling scientists worldwide to discover the secrets of the Universe. We mark this milestone by bringing you a spectacular new image of a star factory, the Cone Nebula, taken with ESO’s Very Large Telescope (VLT).

On 5 October 1962 five countries signed the convention to create ESO. Now, six decades later and supported by 16 Member States and strategic partners, ESO brings together scientists and engineers from across the globe to develop and operate advanced ground-based observatories in Chile that enable breakthrough astronomical discoveries.​

On the occasion of ESO’s 60th anniversary we are releasing this remarkable new image of the Cone Nebula, captured earlier this year with one of ESO’s telescopes and selected by ESO staff. This is part of a campaign marking ESO’s 60th anniversary and taking place in late 2022, both on social media under the #ESO60years hashtag, and with local events in the ESO Member States and other countries.

In this new image, we see centre-stage the seven-light-year-long pillar of the Cone Nebula, which is part of the larger star-forming region NGC 2264 and was discovered in the late 18th century by astronomer William Herschel. In the sky, we find this horn-shaped nebula in the constellation Monoceros (The Unicorn), a surprisingly fitting name.

Located less than 2500 light-years away, the Cone Nebula is relatively close to Earth, making it a well-studied object. But this view is more dramatic than any obtained before, as it showcases the nebula’s dark and impenetrable cloudy appearance in a way that makes it resemble a mythological creature.

The Cone Nebula is a perfect example of the pillar-like shapes that develop in the giant clouds of cold molecular gas and dust, known for creating new stars. This type of pillar arises when massive, newly formed bright blue stars give off stellar winds and intense ultraviolet radiation that blow away the material from their vicinity. As this material is pushed away, the gas and dust further away from the young stars gets compressed into dense, dark and tall pillar-like shapes. This process helps create the dark Cone Nebula, pointing away from the brilliant stars in NGC 2264.

In this image, obtained with the FOcal Reducer and low dispersion Spectrograph 2 (FORS2) on ESO’s VLT in Chile, hydrogen gas is represented in blue and sulphur gas in red. The use of these filters makes the otherwise bright blue stars, that indicate the recent star formation, appear almost golden, contrasting with the dark cone like sparklers.

This image is just one example of the many stunning and awe-inspiring observations ESO telescopes have made in the past 60 years. While this one was obtained for outreach purposes, the overwhelming majority of ESO’s telescope time is dedicated to scientific observations that have allowed us to capture the first image of an exoplanet, study the black hole at the centre of our home galaxy, and find proof that the expansion of our Universe is accelerating.

Building on our 60 years of experience ​in astronomy development, discovery and cooperation, ​ESO continues to chart new territory for astronomy, technology and international collaboration. With our current facilities and ESO’s upcoming Extremely Large Telescope (ELT), we will keep on addressing humanity’s biggest questions about the Universe ​and enabling unimaginable discoveries.​

The image in this release was created as part of the ESO Cosmic Gems programme, an outreach initiative to produce images of interesting, intriguing or visually attractive objects using ESO telescopes, for the purposes of education and public outreach. The programme makes use of telescope time that cannot be used for science observations. All data collected may also be suitable for scientific purposes, and are made available to astronomers through ESO’s science archive.