Consumers who are environmentally aware will likely warm up to the idea of using alternative proteins like insect meal in poultry feed if they’re given enough information about the health and environmental benefits, a new University of Alberta study shows. 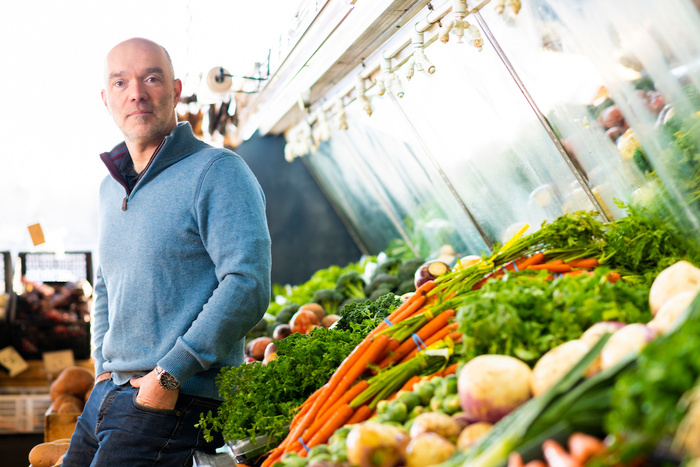 Consumers who are environmentally aware will likely warm up to the idea of using alternative proteins like insect meal in poultry feed if they’re given enough information about the health and environmental benefits, a new University of Alberta study shows.

Alternative poultry feed can make noticeable differences in the look of the meat — in this case more intense red and yellow hues — which makes consumer education important.

The use of the unusual proteins is still experimental, but when they eventually become commercially viable alternatives, food producers and policy makers need to be ready, said study co-author Sven Anders, an agricultural economist and professor in the Faculty of Agricultural, Life & Environmental Sciences.

“Producers need to get the labelling sorted out as these feeds are developed. If you want consumers to believe in these alternative products, you have to educate them about it, then they can decide — and hopefully we can overcome their rejection,” he said.

Anders said there are currently no regulations governing mandatory labelling of feed ingredients in the European Union or any other market, including the United States and Canada, but interest is growing in finding alternative sources of protein for animal feed.

Soybeans feed the majority of the world’s livestock but also gobble up massive amounts of arable land and water resources. Insects and algae can be grown much more sustainably. But people won’t start digesting the idea of insects or algae as part of their food chain if they aren’t given reliable information up front, Anders added. It’s a crucial step in getting consumer buy-in.

In the study, 1,197 German consumers were shown photographs of raw chicken breasts. Some of the chickens had been fed a standard diet of soybean meal. Others had been fed with either insect meal containing blackfly larvae or spirulina, a known dietary supplement made of blue-green algae. The two alternative protein sources produced more intense red and yellow hues in the meat.

Half of the participants were also given information about the nutritional and environmental benefits associated with each feed. The other half received no such information. Both groups were asked to choose repeatedly among random pairs of chicken products that differed in price, feed diets and labels with information about sustainability and health attributes.

Although participants’ preferences were mixed, those who were already interested in sustainability and who received information about the insect and algae-fed meat were more inclined to buy it, said Anders. Those environmentally aware consumers were also drawn to package labelling that promoted elevated levels of beneficial omega-3 acids in the alternatively fed chicken samples. When told about the insect meal or spirulina in the chicken, consumers who didn’t identify as environmentally conscious said they wouldn’t buy it.

“The findings show that providing information is a double-edged sword,” Anders said. “It can cause mainstream western consumers to react with disgust around insect- or algae-derived foods.”