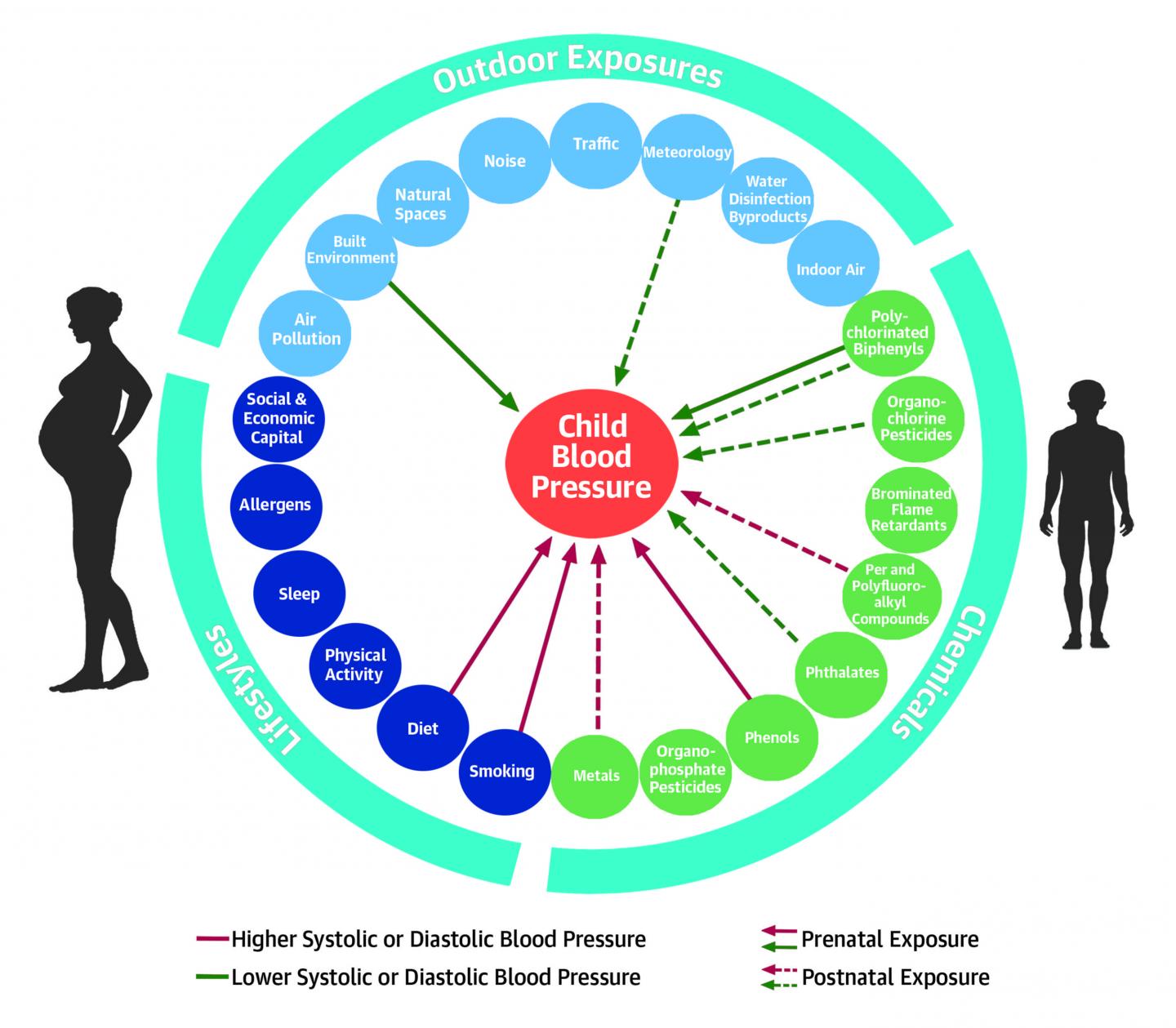 Human beings are constantly and simultaneously in contact with numerous chemical agents, meteorological conditions, and other exposures derived from our surroundings and everyday habits. Studying the effects of individual exposures is very challenging and can lead to misleading results, since exposures generally do not occur in isolation. Therefore, a new exposome-based approach–analysing all of an individual’s environmental exposures, starting in the prenatal period, rather than studying each exposure separately–has recently gained traction in the field of environmental epidemiology.

A new study led by the Barcelona Institute for Global Health (ISGlobal), a centre supported by “la Caixa”, used this holistic approach to analyse more than 200 environmental exposures during pregnancy and childhood. The study, published in the Journal of the American College of Cardiology, concludes that some of the exposures analysed could have an impact on blood pressure in children.

The study was carried out as part of the HELIX project, which compiles data from cohorts in six European countries (Spain, France, Greece, Lithuania, Norway and the United Kingdom), and included a total of 1,277 children and their mothers. Exposures were assessed during pregnancy and when the children were between 6 and 11 years of age. The children underwent a clinical examination that included blood and urine sample collection and blood pressure measurements.

“Our results show that, starting in the foetal stage, where we live, the food we eat, the air we breathe and the chemical compounds that reach our bodies can affect blood pressure before adolescence. This is important because evidence shows that children with high blood pressure are more likely to be hypertensive as adults,” commented ISGlobal researcher Charline Warembourg, the lead author of the study.

Statistical analysis revealed an association between various exposures and higher blood pressure in children. The exposures associated with increases in blood pressure included exposure to tobacco smoke and bisphenol-A (a plasticiser) during pregnancy and low and high fish intake during pregnancy (less than twice a week and more than four times a week, respectively).

“Some of the associations found in children in this study, such as tobacco smoke and bisphenol-A, had already been observed in adults in previous studies,” explained Warembourg. “Other associations, such as fish intake during pregnancy, are more difficult to interpret. Fish contains essential fatty acids that are necessary and beneficial, but we also know that it is a source of chemical compounds, which perhaps helps to explain why moderate fish intake is associated with better blood-pressure results.”

The study also identified exposures associated with lower blood pressure, such as higher outdoor temperatures during childhood and facility density in the neighbourhood where the mother lived during pregnancy. “Urban-design factors such as the number of shops, restaurants, parks and public-transport hubs determine how people use the city and get around, and they are important for health because they promote physical activity and social contact,” explained ISGlobal researcher Xavier Basagaña, the last author of the study.