Entomologists issue warning about effects of climate change on insects

In a new scientific review, a team of 70 scientists from 19 countries warned that if no steps are taken to shield insects from the consequences of climate change, it will “drastically reduce our ability to build a sustainable future based on healthy, functional ecosystems.” 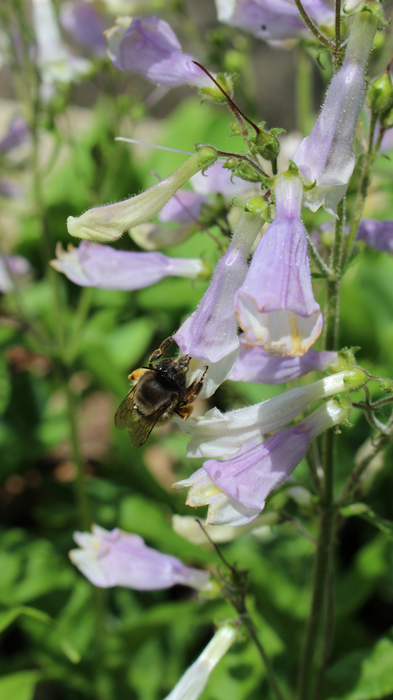 In a new scientific review, a team of 70 scientists from 19 countries warned that if no steps are taken to shield insects from the consequences of climate change, it will “drastically reduce our ability to build a sustainable future based on healthy, functional ecosystems.”

Citing research from around the world, the team painted a bleak picture of the short- and long-term effects of climate change on insects, many of which have been in a state of decline for decades. Global warming and extreme weather events are already threatening some insects with extinction—and it will only get worse if current trends continue, scientists say. Some insects will be forced to move to cooler climes to survive, while others will face impacts to their fertility, life cycle and interactions with other species.

Such drastic disruptions to ecosystems could ultimately come back to bite people, explained Anahí Espíndola, an assistant professor of entomology at the University of Maryland and one of the paper’s co-authors.

“We need to realize, as humans, that we are one species out of millions of species, and there’s no reason for us to assume that we’re never going to go extinct,” Espíndola said. “These changes to insects can affect our species in pretty drastic ways.”

Insects play a central role in ecosystems by recycling nutrients and nourishing other organisms further up the food chain, including humans. In addition, much of the world’s food supply depends on pollinators like bees and butterflies, and healthy ecosystems help keep the number of pests and disease-carrying insects in check.

These are just a few of the ecosystem services that could be compromised by climate change, the team of scientists cautioned. Unlike mammals, many insects are ectotherms, which means they are unable to regulate their own body temperature. Because they are so dependent on external conditions, they may respond to climate change more acutely than other animals.

One way that insects cope with climate change is by shifting their range, or permanently relocating to places with lower temperatures. According to one study cited by Espíndola and other scientists, the ranges of nearly half of all insect species will diminish by 50% or more if the planet heats up 3.2°C. If warming is limited to 1.5°C—the goal of the global Paris Agreement on climate change—the ranges of 6% of insects will be affected.

Espíndola, who studies the ways in which species respond to environmental changes over time, contributed to the sections of the paper that address range shifts. She explained that drastic changes to a species’ range can jeopardize their genetic diversity, potentially hampering their ability to adapt and survive.

On the other hand, climate change may make some insects more pervasive—to the detriment of human health and agriculture. Global warming is expected to expand the geographical range of some disease vectors (such as mosquitoes) and crop-eating pests.

“Many pests are actually pretty generalist, so that means they are able to feed on many different types of plants,” Espíndola said. “And those are the insects that—based on the data—seem to be the least negatively affected by climate change.”

The team noted that the effects of climate change are often compounded by other human-caused impacts, such as habitat loss, pollution and the introduction of invasive species. Combined, these stressors make it more difficult for insects to adapt to changes in their environment.

Though these effects are already being felt by insects, it is not too late to take action. The paper outlined steps that policymakers and the public can take to protect insects and their habitats. Scientists recommended “transformative action” in six areas: phasing out fossil fuels, curbing air pollutants, restoring and permanently protecting ecosystems, promoting mostly plant-based diets, moving towards a circular economy and stabilizing the global human population.

The paper’s lead author, Jeffrey Harvey of the Netherlands Institute of Ecology (NIOO-KNAW) and Vrije Universiteit Amsterdam, said in a statement that urgent action is needed to protect insects and the ecosystems they support.

“Insects are tough little critters, and we should be relieved that there is still room to correct our mistakes,” Harvey said. “We really need to enact policies to stabilize the global climate. In the meantime, at both government and individual levels, we can all pitch in and make urban and rural landscapes more insect-friendly.”

The paper suggested ways that individuals can help, including managing public, private or urban gardens and other green spaces in a more ecologically-friendly way—for instance, incorporating native plants into the mix and avoiding pesticides and significant changes in land usage when possible.

“It is true that these small actions are very powerful,” Espíndola said. “They are even more powerful when they are not isolated.”

Their paper, titled “Scientists’ warning on climate change and insects,” was published in Ecological Monographs on Nov. 7, 2022.