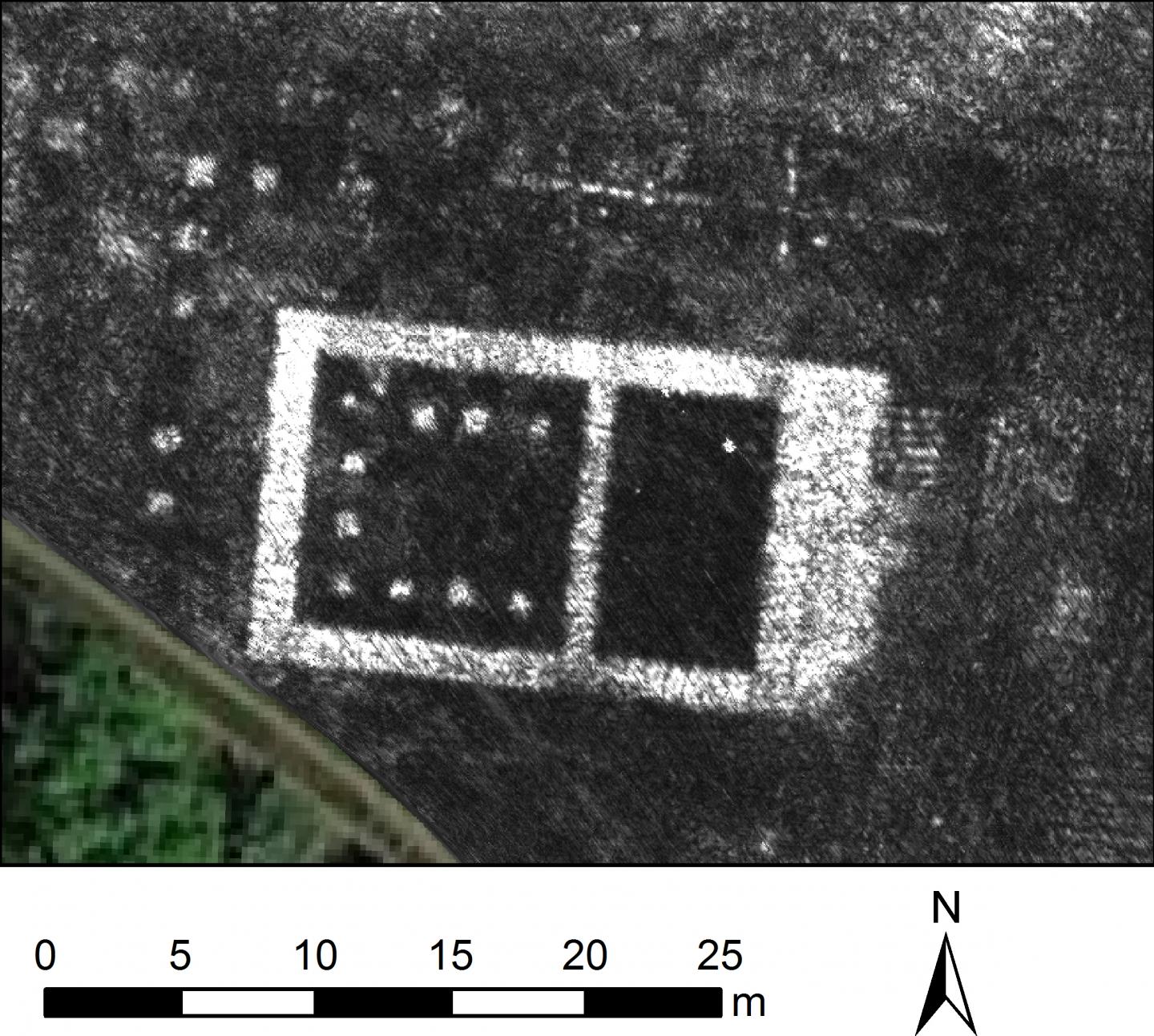 For the first time, archaeologists have succeeded in mapping a complete Roman city, Falerii Novi in Italy, using advanced ground penetrating radar (GPR), allowing them to reveal astonishing details while it remains deep underground. The technology could revolutionise our understanding of ancient settlements.

The team, from the University of Cambridge and Ghent University, has discovered a bath complex, market, temple, a public monument unlike anything seen before, and even the city’s sprawling network of water pipes. By looking at different depths, the archaeologists can now study how the town evolved over hundreds of years.

The research, published today in Antiquity, harnessed recent advances in GPR technology which make it possible to explore larger areas in higher resolution than ever before. This is likely to have major implications for the study of ancient cities because many cannot be excavated either because they are too large, or because they are trapped under modern structures.

GPR works like regular radar, bouncing radio waves off objects and using the ‘echo’ to build up a picture at different depths.* By towing their GPR instruments behind a quad bike, the archaeologists surveyed all 30.5 hectares within the city’s walls – Falerii Novi was just under half the size of Pompeii – taking a reading every 12.5cm.

Located 50 km north of Rome and first occupied in 241 BC, Falerii Novi survived into the medieval period (until around AD 700). The team’s GPR data can now start to reveal some of the physical changes experienced by the city in this time. They have already found evidence of stone robbing.

The study also challenges certain assumptions about Roman urban design, showing that Falerii Novi’s layout was less standardised than many other well-studied towns, like Pompeii. The temple, market building and bath complex discovered by the team are also more architecturally elaborate than would usually be expected in a small city.

In a southern district, just within the city’s walls, GPR revealed a large rectangular building connected to a series of water pipes which lead to the aqueduct. Remarkably, these pipes can be traced across much of Falerii Novi, running beneath its insulae (city blocks), and not just along its streets, as might normally be expected. The team believes that this structure was an open-air natatio or pool, forming part of a substantial public bathing complex.

Even more unexpectedly, near the city’s north gate, the team identified a pair of large structures facing each other within a porticus duplex (a covered passageway with central row of columns). They know of no direct parallel but believe these were part of an impressive public monument, and contributed to an intriguing sacred landscape on the city’s edge.

“The astonishing level of detail which we have achieved at Falerii Novi, and the surprising features that GPR has revealed, suggest that this type of survey could transform the way archaeologists investigate urban sites, as total entities.”

Millett and his colleagues have already used GPR to survey Interamna Lirenas in Italy, and on a lesser scale, Alborough in North Yorkshire, but they now hope to see it deployed on far bigger sites.

“It is exciting and now realistic to imagine GPR being used to survey a major city such as Miletus in Turkey, Nicopolis in Greece or Cyrene in Libya”, Millett said. “We still have so much to learn about Roman urban life and this technology should open up unprecedented opportunities for decades to come.”

The sheer wealth of data produced by such high-resolution mapping does, however, pose significant challenges. Traditional methods of manual data analysis are too time consuming, requiring around 20 hours to fully document a single hectare. It will be some time before the researchers finish examining Falerii Novi but to speed the process up they are developing new automated techniques.

Falerii Novi is well documented in the historical record, is not covered by modern buildings and has been the subject of decades of analysis using other non-invasive techniques, such as magnetometry, but GPR has now revealed a far more complete picture.

*GPR is so effective because it relies on the reflection of radio waves off items in the ground. Different materials reflect waves differently, which can be used to create maps of underground features. Although this principle has been employed since the 1910s, over the past few years technological advances have made the equipment faster and higher resolution.

The project was funded by the AHRC. Lieven Verdonck, from Ghent University, was employed on a post-doctoral fellowship from the Fund for Scientific Research–Flanders (FWO). The team is grateful for support from Soprintendenza Archeologia, Belle Arti e Paesaggio per l’Area Metropolitana di Roma, la Provincia di Viterbo e l’Etruria Meridionale. For further details see https://www.classics.cam.ac.uk/research/projects/beneath-the-surface-of-roman-republican-cities