A POSTECH research team led by Professor Gil-Ho Lee and Gil Young Cho (Department of Physics) has developed a platform that can control the properties of solid materials with light and measure them. 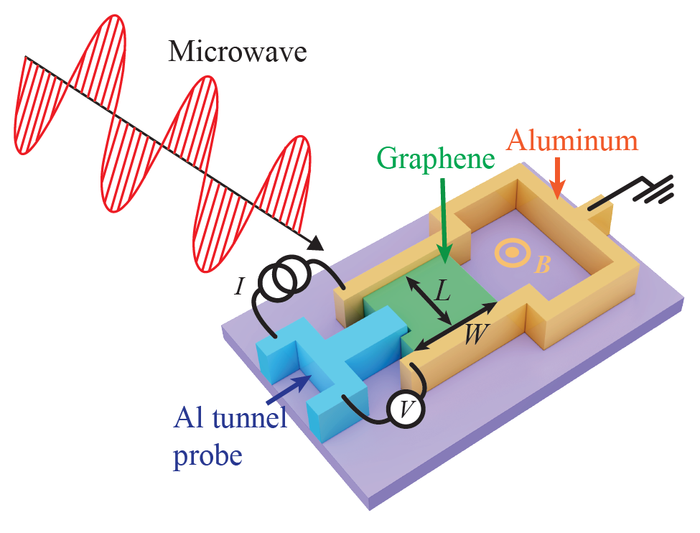 A POSTECH research team led by Professor Gil-Ho Lee and Gil Young Cho (Department of Physics) has developed a platform that can control the properties of solid materials with light and measure them.

Recognized for developing a platform to control and measure the properties of materials in various ways with light, the findings from the study were published in the top international academic journal Nature on March 15, 2022 (GMT).

The electrical properties of a material are determined by the movement of electrons in the material. For example, a material is defined as a metal if electrons can move freely, otherwise it is an insulator. In order to change the electrical properties of these solids, applying heat or pressure or adding impurities have been generally used. This is because the change in the position of the atoms in the solid changes the movement of electrons accordingly.

In contrast, the Floquet state, in which the original quantum state is replicated when light is irradiated on matters, has been proposed. By adopting such a concept, quantum states of the matters can be easily manipulated with light, which can be effectively used in quantum systems.

In previous experiments, the light intensity for realizing Floquet state in solids was enormous due to the high frequency of light. Also, Floquet states last only for a very short time of 250 femtoseconds (1 femtosecond is one trillionth of a second). Due to their transient nature, more quantitative studies of their characteristics have been limited.

POSTECH research team succeeded in the experimental realization of the steady Floquet state in a graphene Josephson junction (GJJ) and by irradiating continuous microwaves on it. The intensity of the light has been decreased to one trillionth the value of previous experiments, significantly reducing the heat generation and enabling continuously long-lasting Floquet states.

The research team also developed a novel superconducting tunneling spectroscopy to measure the Floquet states with high energy resolution. This is necessary to quantitatively verify the characteristics of the Floquet state that varies depending on the intensity, frequency and polarization of light applied to the device.

“This study is significant in that we have created a platform that can study the Floquet state in detail,” explained professors Gil-Ho Lee and Gil Young Cho who led the study. They added, “We plan to further investigate the correlation between properties of light, such as polarization, and the Floquet states.”

This study was conducted with the support from the Samsung Science and Technology Foundation, National Research Foundation of Korea, Institute for Basic Science, Air Force Office of Scientific Research, and Elemental Strategy Initiative conducted by the MEXT.