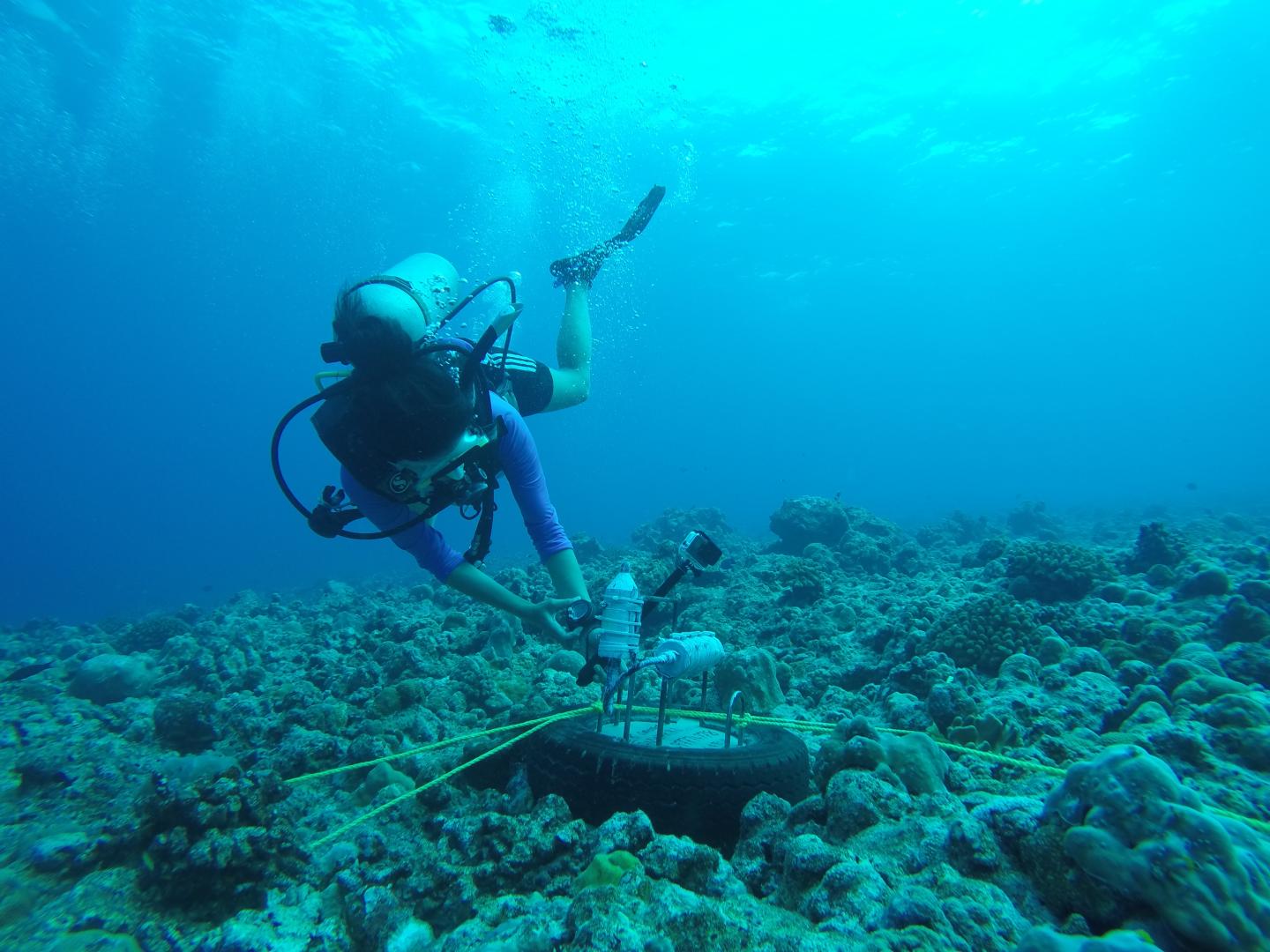 Research from the University of Washington shows that endangered blue whales are present and singing off the southwest coast of India. The results suggest that conservation measures should include this region, which is considering expanding tourism.

Analysis of recordings from late 2018 to early 2020 in Lakshadweep, an archipelago of 36 low-lying islands west of the Indian state of Kerala, detected whales with a peak activity in April and May.

The study was published in May in the journal Marine Mammal Science.

“The presence of blue whales in Indian waters is well known from several strandings and some live sightings of blue whales,” said lead author Divya Panicker, a UW doctoral student in oceanography. “But basic questions such as where blue whales are found, what songs do they sing, what do they eat, how long do they spend in Indian waters and in what seasons are still largely a mystery.”

Answers to those questions will be important for the region, which is also experiencing effects of climate change.

“This study provides conclusive evidence for the persistent occurrence of blue whales in Lakshadweep,” Panicker said. “It is critical to answer these questions to draw up science-based management and conservation plans here.”

While enormous blue whales feed in the waters around Antarctica, smaller pygmy blue whale populations are known to inhabit the Indian Ocean, the third-largest ocean in the world.

In previous preliminary research, Panicker — who grew up in Cochin, India — talked to local fishers who reported seeing whale blows during the spring months.

But since whales surface only occasionally and soundwaves travel well in water, the best way to study whales is the same way they communicate.

The typical blue whale song is a series of one to six low moans, each up to 20 seconds long, below the threshold of human hearing. The pattern and number of moans varies for different populations. Songs provide insights into this poorly studied population; a possible new song was recently reported in the central Indian Ocean and off the coasts of Madagascar and Oman.

For the new study, scuba divers placed underwater microphones at two ends of Kavaratti Island. Other studies in nearby waters suggested that the presence of blue whales would be seasonal, and recordings confirmed their presence between the winter and summer monsoons.

The researchers believe that the whales are likely resident to the northern Indian Ocean, and come to the Lakshadweep atoll seasonally.

“The Indian Ocean is clearly important habitat for blue whales — an endangered species that is only very slowly recovering from 20th-century commercial and illegal whaling, especially in the Indian Ocean,” said senior author Kate Stafford, an oceanographer at the UW Applied Physics Laboratory.

Future work by another UW research group will use recordings of blue whales in the Indian Ocean to calculate their historic numbers and better understand how historic whaling affected different populations in this region.

This research was funded by the U.S. Navy’s Office of Naval Research through its Marine Mammal and Biology Program.