Elephant seal ‘supermoms’ produce most of the population, study finds 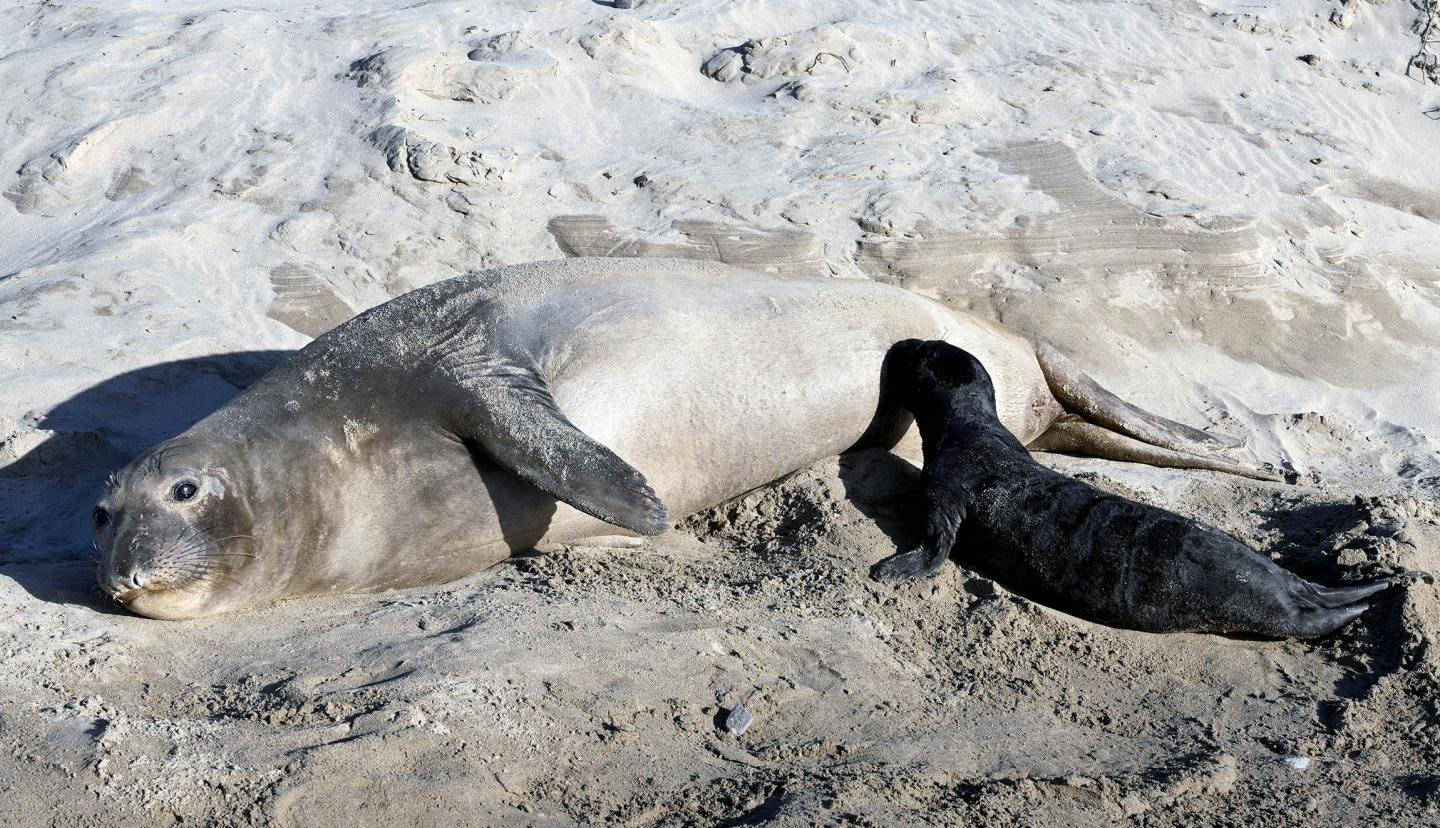 Most of the pups born in an elephant seal colony in California over a span of five decades were produced by a relatively small number of long-lived “supermoms”, according to a new study by researchers at the University of California, Santa Cruz.

The long-term study, published September 17 in the Canadian Journal of Zoology, documented the lifetime reproductive success of 7,735 female northern elephant seals at the Año Nuevo rookery north of Santa Cruz. Only 6 percent of the females gave birth to 10 or more pups during their lifetimes, and those “supermoms” accounted for more than half (55%) of the total pup production.

“It’s surprising because there are so many more young females than older females, and you expect them to contribute more to the population. But it doesn’t work out that way, because most of them don’t live very long,” said Burney Le Boeuf, professor emeritus of ecology and evolutionary biology at UC Santa Cruz and lead author of the paper.

In fact, the researchers found that three-quarters of the weaned female pups die before reaching maturity and never breed at all. Of the ones that survive to maturity, most only breed one to three times before they die. Breeding takes a toll on the young females, who must invest a lot of energy in their pup at a time when they themselves are still growing, Le Boeuf said.

“The supermoms are able to pull it off,” he said. “There aren’t many of them, but they have a tremendous influence on the next generation.”

The longest-lived female in the study lived to age 23 and produced 17 pups in her lifetime. Another supermom produced pups in 16 consecutive years.

Female elephant seals give birth annually to a single pup in winter. They spend four weeks on the beach nursing their pup, relying entirely on stored reserves, before weaning the pup and heading out to sea to feed. Once a female elephant seal begins breeding at the age of three or four, she is typically either pregnant or nursing for the rest of her life.

During their first trips to sea, the weaned pups are naive and may struggle to find enough food or fall prey to sharks or orcas. Because deaths almost always occur at sea, it is hard to say which are the most important causes of the high mortality rate for young elephant seals.

The surviving females get larger as they age, and bigger moms give birth to bigger pups, which are more likely to survive to maturity and breed. The key to the high productivity of the elephant seal supermoms is simply that they live longer than other females and breed as often as possible, Le Boeuf said.

Lifetime reproductive success is an important measure of evolutionary fitness, a central concept in natural selection. Yet studies of this kind are rare in wild animals because it is so hard to track large numbers of individuals throughout their lifetimes. Researchers have tagged elephant seals at Año Nuevo every year since 1963, not long after the colony was established in 1961. The elephant seal research program at UC Santa Cruz continues to study the colony, and the electronic tagging devices now used to track the seals have grown increasingly sophisticated.

“It’s unusual to be able to follow a wild animal throughout its life and determine how successful it is at breeding,” Le Boeuf said. “With the elephant seals at Año Nuevo, we’ve been able to follow them for two generations, more than 50 years, in part because of the proximity of this colony just up the coast from the UCSC campus.”

The Año Nuevo Reserve, part of the UC Natural Reserve System, is an important breeding site for many species of marine mammals and birds.

In addition to Le Boeuf, the coauthors of the paper are Richard Condit at the Field Museum of Natural History in Chicago and Joanne Reiter at UCSC’s Institute of Marine Sciences. This work was supported by grants from the National Science Foundation, Office of Naval Research, Bureau of Land Management, National Geographic Society, and UCSC.

Stroke patients relearning how to walk with peculiar shoe