Elemental old-timer makes the universe look like a toddler 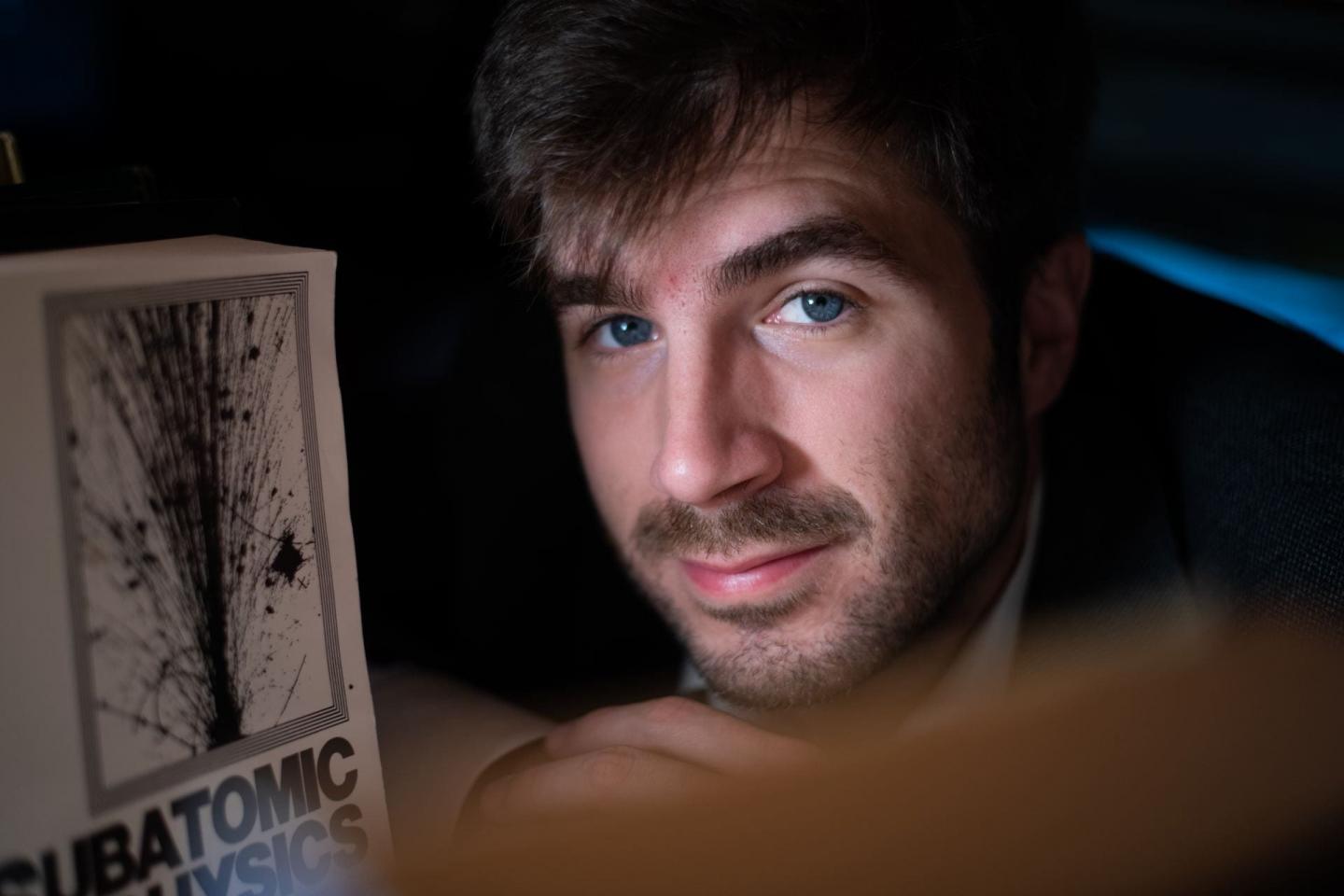 In terms of longevity, the universe has nothing on xenon 124.

Theory predicts the isotope’s radioactive decay has a half-life that surpasses the age of the universe “by many orders of magnitude,” but no evidence of the process has appeared until now.

While most xenon isotopes have half-lives of less than 12 days, a few are thought to be exceptionally long-lived, and essentially stable. Xenon 124 is one of those, though researchers have estimated its half-life at 160 trillion years as it decays into tellurium 124. The universe is presumed to be merely 13 to 14 billion years old.

Half-life doesn’t mean it takes that long for each atom to decay. The number simply indicates how long, on average, it will take for the bulk of a radioactive material to reduce itself by half. Still, the chance of seeing such an incident for xenon 124 is vanishingly small – unless one gathers enough xenon atoms and puts them in the “most radio-pure place on Earth,” Tunnell said.

“A key point here is that we have so many atoms, so if any decays, we’ll see it,” he said. “We have a (literal) ton of material.”

That place, set deep inside a mountain in Italy, is a chamber that contains a ton of highly purified liquid xenon shielded in every possible way from radioactive interference.

Called the XENON1T experiment, it’s the latest in a series of chambers designed to find the first direct evidence of dark matter, the mysterious substance thought to account for most of the matter in the universe.

It has the ability to observe other unique natural phenomena as well. One such probe in the latest year-long run was to monitor for the predicted decay of xenon 124. Sorting through the pile of data produced by the chamber revealed “tens” of these decays, said Tunnell, who joined Rice this year as part of the university’s Data Science Initiative.

“We can see single neutrons, single photons, single electrons,” he said. “Everything that enters into this detector will deposit energy in some way, and it’s measurable.” XENON1T can detect photons that spring to life in the liquid medium as well as electrons drawn to a top layer of charged xenon gas. Both are produced when xenon 124 decays.

“There are different ways in which a radioactive isotope can decay,” he said. “One is beta decay. That means an electron comes out. You can have alpha decay, where it spits off part of the nucleus to release energy. And there’s electron capture, when an electron goes into the nucleus and turns a proton into a neutron. This changes the composition of the nucleus and results in its decay.

“Normally, you have one electron come in and one neutrino come out,” Tunnell said. “That neutrino has a fixed energy, which is how the nucleus expels its mass. This is a process we see often in nuclear particle physics, and it’s quite well understood. But we had never seen two electrons come into the nucleus at the same time and give off two neutrinos.”

The photons are released as electrons cascade to fill lower vacancies around the nucleus. They show up as a bump on a graph that can only be interpreted as multiple two-neutrino double electron captures. “It can’t be explained with any other background sources that we know of,” said Tunnell, who served as analysis coordinator for two years.

The researchers who make up the XENON Collaboration, all of whom are co-authors on the paper, have yet to detect dark matter, but a larger instrument, XENONnT, is being built to further the search. Chaguine is the new instrument’s commissioning manager, responsible for its construction.

The collaboration’s example could lead researchers to find other exotic processes unrelated to dark matter, Tunnell said, including the ongoing hunt for another unseen process, neutrinoless double electron capture, in which no neutrinos are released. That process, according to the paper, “would have implications for the nature of the neutrino and give access to the absolute neutrino mass.”

“It gets tricky, because while we have the science we’re trying to do, we also have to think about what else we can do with the experiment,” he said. “We have a lot of students looking for thesis projects, so we make a list of 10 or 20 other measurements – but they’re a shot in the dark, and we almost always come up with nothing, as is typical of curiosity-driven science.

“In this case, we took a shot in the dark where two or three students were very lucky,” he said.

This news release can be found online at https://news.rice.edu/2019/04/24/elemental-old-timer-makes-the-universe-look-like-a-toddler/

Multiple correlations between brain complexity and locomotion pattern in…

Is centenarian democratization our near future?