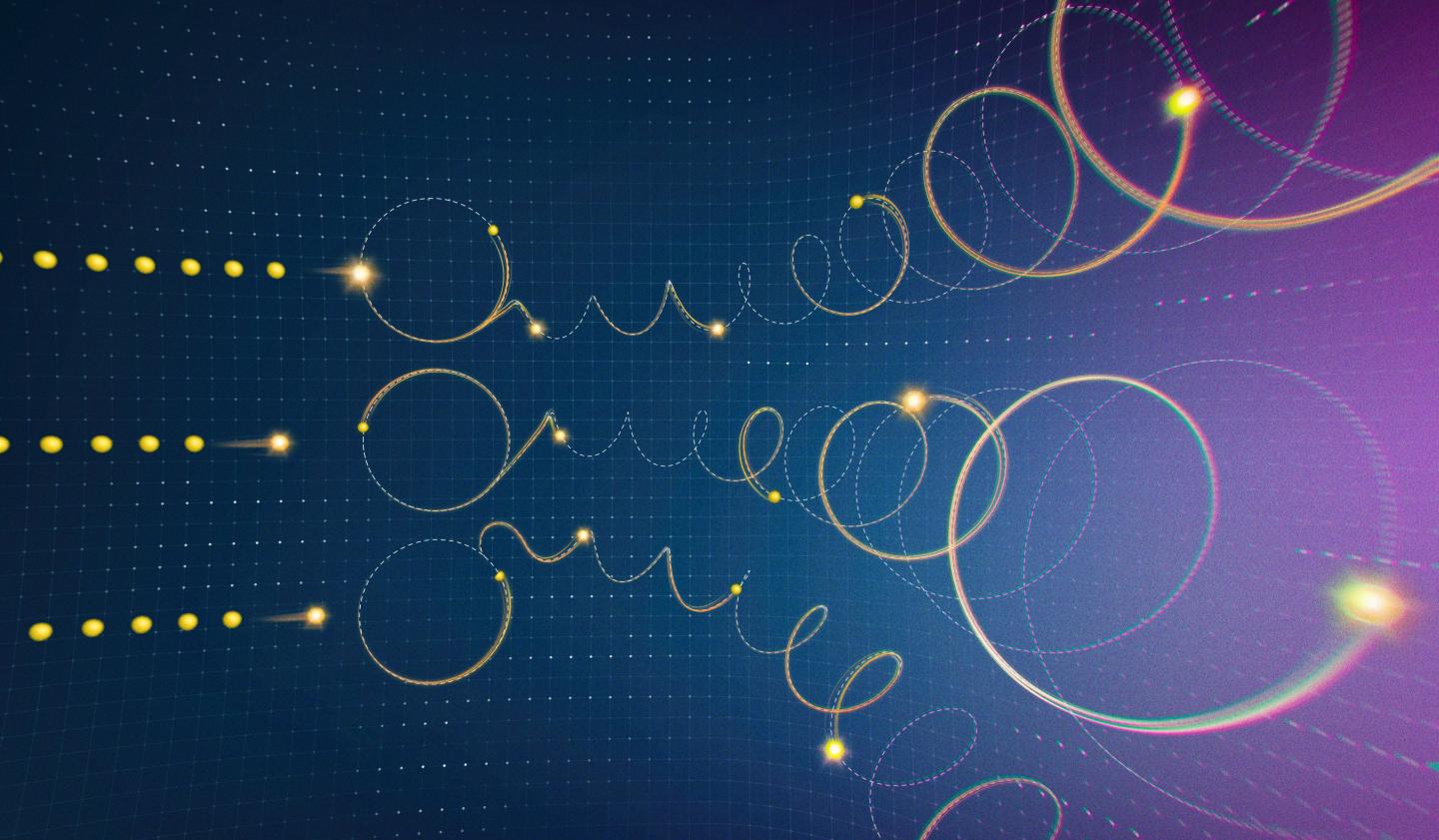 This new 3D effect can be the foundation for topological quantum phenomena, which are believed to be particularly robust and therefore promising candidates for extremely powerful quantum technologies. These results have just been published in the scientific journal Nature Communications.

Dr. Tobias Meng and Dr. Johannes Gooth are early career researchers in the Würzburg-Dresdner Cluster of Excellence ct.qmat that researches topological quantum materials since 2019. They could hardly believe the findings of a recent publication in “Nature” claiming that electrons in the topological metal zirconium pentatelluride (ZrTe5) move only in two-dimensional planes, despite the fact that the material is three-dimensional. Meng and Gooth therefore started their own research and experiments on the material ZrTe5. Meng from the Technische Universität Dresden (TUD) developed the theoretical model, Gooth from the Max Planck Institute for Chemical Physics of Solids designed the experiments. Seven measurements with different techniques always lead to the same conclusion.

Electrons waiting for their turn

The research by Meng and Gooth paints a new picture of how the Hall effect works in three-dimensional materials. The scientists believe that electrons move through the metal along three-dimensional paths, but their electric transport can still appear as two-dimensional. In the topological metal zirconium pentatelluride, this is possible because a fraction of the electrons is still waiting to be activated by an external magnetic field.

„The way electrons move is consistent in all of our measurements, and similar to what is otherwise known from the two-dimensional quantum Hall effects. But our electrons move upwards in spirals, rather than being confined to a circular motion in planes. This is an exciting difference to the quantum Hall effect and to the proposed scenarios for what happens in the material ZrTe5″, comments Meng on the genesis of their new scientific model. „This only works because not all electrons move at all times. Some remain still, as if they were queuing up. Only when an external magnetic field is applied do they become active.”

For their experiments, the scientists cooled the topological quantum material down to -271 degree Celsius and applied an external magnetic field. Then, they performed electric and thermoelectric measurements by sending currents through the sample, studied its thermodynamics by analysing the magnetic properties of the material, and applied ultrasound. They even used X-ray, Raman and electronic spectroscopy to look into the inner workings of the material. “But none of our seven measurements hinted at the electrons moving only two-dimensionally”, explains Meng, head of the Emmy Noether group for Quantum Design at TUD and leading theorist in the present project. “Our model is in fact surprisingly simple, and still explains all the experimental data perfectly.”

The Nobel-prize-winning quantum Hall effect was discovered in 1980 and describes the stepwise conduction of current in a metal. It is a cornerstone of topological physics, a field that has experienced a surge since 2005 due to its promises for the functional materials of the 21st century. To date, however, the quantum Hall effect has only been observed in two-dimensional metals. The scientific results of the present publication enlarge the understanding of how three-dimensional materials behave in magnetic fields. The cluster members Meng and Gooth intend to further persue this new research direction: “We definitely want to investigate the queueing behavior of electrons in 3D metals in more detail”, says Meng.

Besides the members of Tobias Meng’s research group for Quantum Design at TUD, the publication was co-lead by the scientists of Johannes Gooth’s team at the Max Planck Institut for Chemical Physics of Solids. Ultrasound measurements were performed at Helmholtz-Zentrum Dresden-Rossendorf.

The Cluster of Excellence ct.qmat – Complexity and Topology in Quantum Matter is a joint research collaboration by the Julius-Maximilians- Universität Würzburg and the Technische Universität (TU) Dresden since 2019. More than 250 scientists from 33 countries and four continents perform research on topological quantum materials that reveal surprising phenomena under extreme conditions such as ultra-low temperature, high pressure, or strong magnetic field. Making these special properties usable under everyday conditions will be the basis for revolutionary quantum chips and new types of technical applications. The Cluster of Excellence is funded within Excellence Strategy of the federal and state governments.