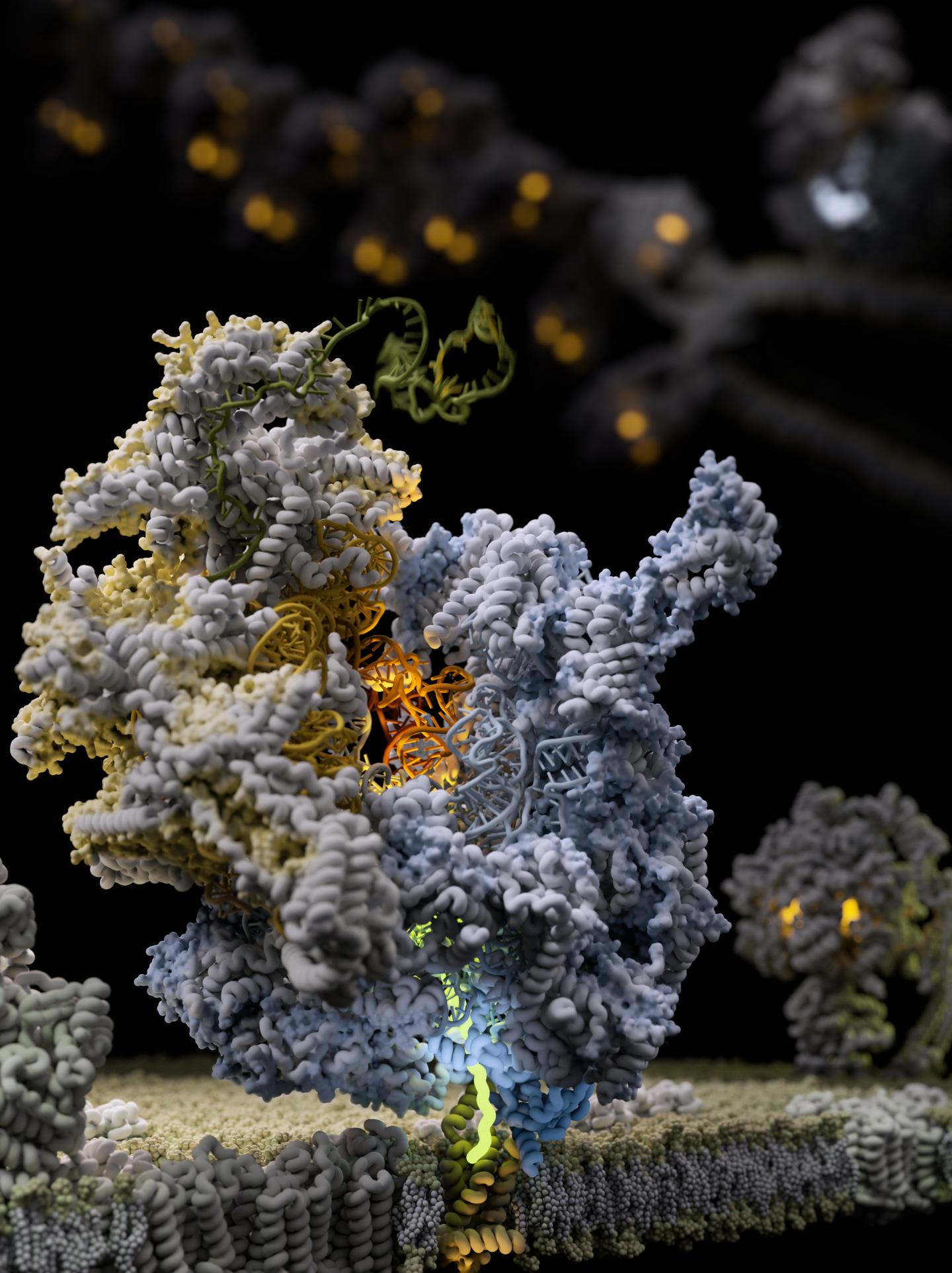 Mitochondria are organelles that act as the powerhouses in our body. They use oxygen which we inhale and food we eat to produce energy that supports our life. This molecular activity is performed by bioenergetic nano-factories incorporated in specialized mitochondrial membranes. The nano-factories consist of proteins cooperatively transporting ions and electrons to generate chemical energy. Those have to be constantly maintained, replaced and duplicated during cell division. To address this, mitochondria have their own bioenergy protein-making machine called the mitoribosome. Given its key role, a deregulation of the mitoribosome can lead to medical disorders such as deafness and diseases including cancer development. The first fundamental understanding of how mitoribosomes look was achieved in 2014.

“Seven years ago, our work on the structure of mitoribosome from yeast was termed the Resolution Revolution. The current study represents an additional advance on the original breakthrough. Not only does it reveal how the human mitoribosome is designed at an unprecedented level of detail, but it also explains the molecular mechanism that drives the process of bioenergetics to fuel life” says lead author, Alexey Amunts.

The term Resolution Revolution was coined at Science magazine in relation to the first successful structure determination of the mitoribosome. This represented a methodological innovation in applying electron cryo-microscopy to understand molecular structures. However, that first glimpse into the architecture revealed only a partial picture of a static model. Yet the mitoribosome is a flexible molecular machine that requires the motion of its parts relative to each other to perform work. Therefore, in the current study the team used an advanced infrastructure to collect and process 30 times more data that enabled them to obtain enough information to describe conformational changes during the process of protein synthesis and association with the membrane adaptor.

“Our study reveals that the mitoribosome is much more flexible and active than previously thought. The discovery of intrinsic conformational changes represents a gating mechanism of the mitoribosome without similarity in bacterial and cytosolic systems. Together, the data offer a molecular insight into how bioenergetic proteins are synthesized in human mitochondria,” adds Alexey Amunts.

The sequencing of the human mitochondrial genome 40 years ago was a turning point in mitochondrial research, postulating a putative specialized mechanism for the synthesis of the mitochondrial transmembrane proteins. The discovered gating mechanism of the human mitoribosome represents a unique occurrence. Therefore, the structural data offer a crucial long-waited understanding into how bioenergetic proteins are synthesized by the mitoribosome in our body. This knowledge will help to better understand human diseases and be used for development of new therapeutics.