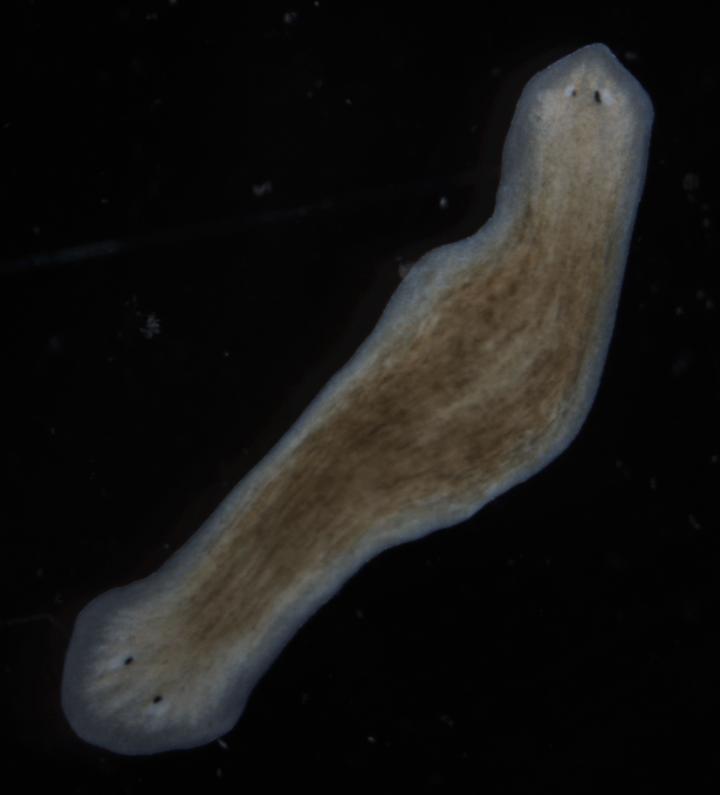 Unlike most multicellular animals, planarian flatworms can regrow all their body parts after they are removed. This makes them a good model for studying the phenomenon of tissue regeneration. They are also useful for exploring fundamental questions in developmental biology about what underlies large-scale anatomical patterning.

In a study publishing March 5 in Biophysical Journal, scientists report that electrical activity is the first known step in the tissue-regeneration process, starting before the earliest known genetic machinery kicks in and setting off the downstream activities of gene transcription needed to construct new heads or tails.

“It’s incredibly important to understand how cells make decisions about what to build,” says senior author Michael Levin (@drmichaellevin), director of the Allen Discovery Center at Tufts University. “We’ve found that endogenous electrical signals enable cells to communicate and make decisions about their position and overall organ structure, so they know which genes to turn on.”

The species used in the study was Dugesia japonica. When parts of this flatworm are removed, the remaining tissues regrow the missing pieces at the correct ends–whether a head or a tail. Previous studies had shown that about six hours after amputation, the first genes associated with regrowing a missing part are turned on. But until now, it wasn’t known what happened before that or what mechanisms control which genes get turned on.

In the current experiments, led by Fallon Durant, who was a graduate student at the time, the heads and tails of the flatworms were removed. The researchers used voltage-sensitive fluorescent dyes that were able to indicate the various electrical potentials of the different regions. “You can literally see the electrical activity in the tissue,” Levin says. “Within a few hours of when this activity is seen, we can start to measure changes in gene expression.”

To show that a specific voltage pattern was responsible for turning on correct genes for each wound site, the team altered the resting potentials of cells at the different ends of the worms and observed the effects. By inducing ion flows that set each wound site to head- or tail-specific voltage patterns, they can create flatworms with two heads and no tail. They also studied the relationship between this electrical signal and the well-known Wnt protein signaling pathway, functioning downstream of the voltage-mediated decision machinery.

“Most of the people working on this problem study genetic and biochemical signals like transcription factors or growth factors,” Levin says. “We’ve decided to focus on electrical signals, which are a very important part of cell-to-cell communication.” He compares the electrical signals his group studies to those that occur in the brain. “A stimulus comes in and an electrical event triggers biochemical second-messenger events in the cells and downstream activity of the electrical network, such as decision making or forming a memory,” he notes. “This electrical system is super ancient and very highly conserved.”

Future research will focus on breaking down these signals in much more detail. For example, researchers would like to know how regenerated tissues make decisions about the size, shape, and scale of the new parts that they grow and how the bioelectric circuits store changes in body patterning, as is seen in two-headed worms that continue to make two-headed animals in subsequent rounds of regeneration.

“With perhaps the exception of infectious disease, the majority of problems in health and biomedicine hinge on understanding how cells get together to build a specific organ or other structure,” Levin concludes. “If we can figure out how to manipulate these processes, we can start to develop ways to correct birth defects and address everything from traumatic injury to degenerative diseases, aging, and cancer.”

This research was funded by an Allen Discovery Center Award from the Paul G. Allen Frontiers Group, the G. Harold and Leila Y. Foundation, the Templeton Foundation, and the National Science Foundation.

Biophysical Journal (@BiophysJ), published by Cell Press for the Biophysical Society, is a bimonthly journal that publishes original research and reviews on the most important developments in modern biophysics-a broad and rapidly advancing field encompassing the study of biological structures and focusing on mechanisms at the molecular, cellular, and systems levels through the concepts and methods of physics, chemistry, mathematics, engineering, and computational science. Visit: http://www.cell.com/biophysj/home. To receive Cell Press media alerts, contact [email protected]

Veggie-loving fish could be the new white meat