Electric vehicle batteries: The older they get, the safer they are 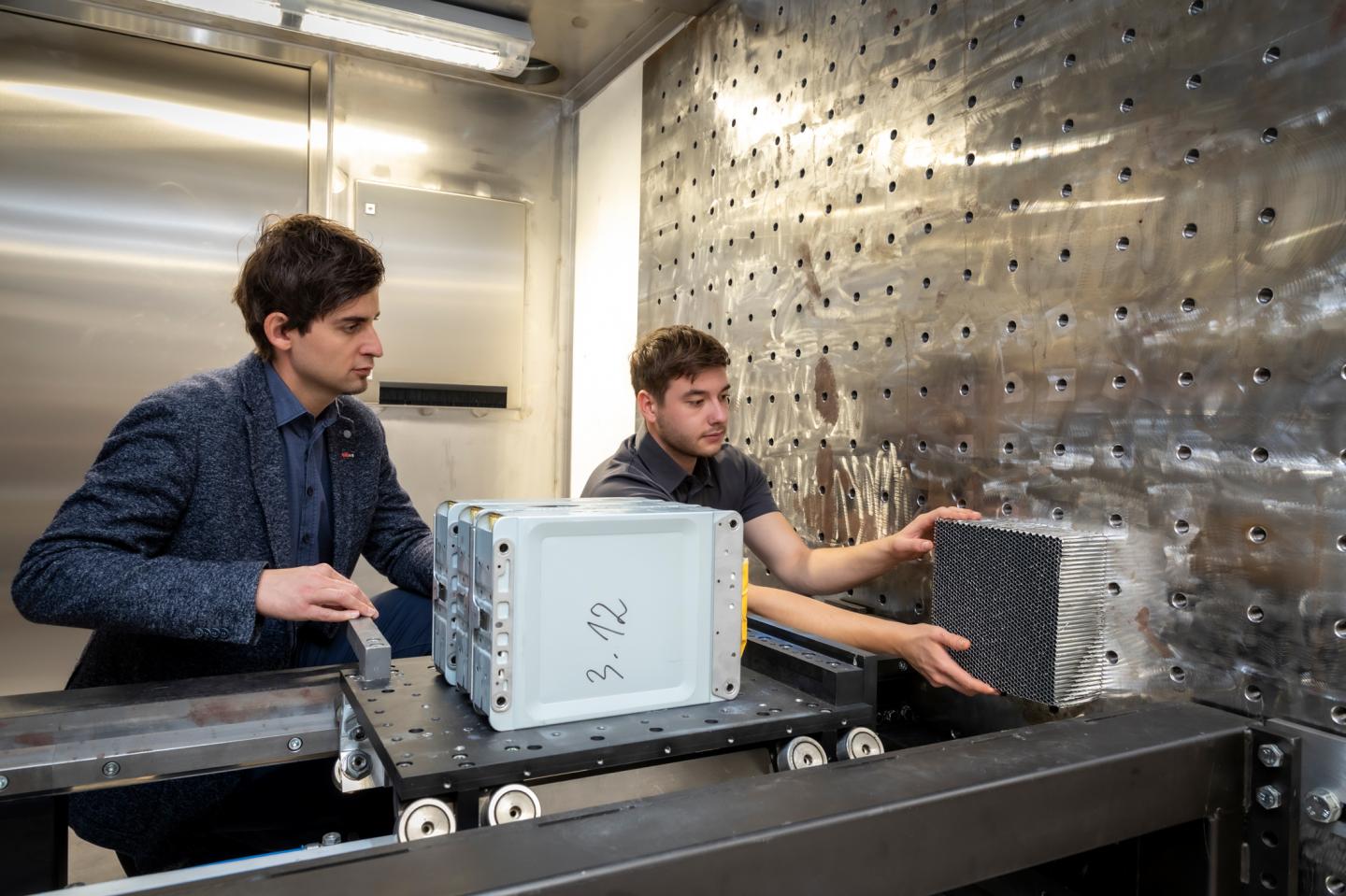 As part of the project “SafeBattery”, a team from Graz University of Technology (TU Graz) has been investigating the behaviour of lithium-based batteries in electric cars under crash loads for the past four years. “The performance of new battery cells is largely known, so we dealt with the entire life cycle,” explains project manager Christian Ellersdorfer at the Institute of Vehicle Safety. Together with industry partners such as AVL, Audi and Daimler, research was conducted into scenarios that a battery can experience in the course of its life: for example, vibrations and strong accelerations caused by parking bumps, serious accidents and the constant charging and discharging of batteries.

Changes due to charging and discharging

With the help of crash tests, simulation models and calculation methods, the researchers were able to determine that vibrations and accelerations hardly affect the behaviour of batteries. However, more significant mechanical and electrical changes were seen as a result of the constant charging and discharging of the battery. Battery cells aged in this way have a higher stiffness under mechanical load. “But the changes don’t necessarily mean that batteries become more dangerous with age. On the contrary. The sum of the influences makes them safer over time because they also lose electrical energy,” says Ellersdorfer. The investigations of Ellersdorfer et al show that cells with a strongly reduced capacity content have a weakened course of the so-called thermal runaway after an internal short circuit. Thus, the reduced energy potential of aged batteries decreases the likelihood of accidental battery fires.

Thanks to the research results, manufacturers now know what they can expect from a battery cell. This enables material-saving designs and greater efficiency, as Ellersdorfer explains: “Until now, the battery was installed in such a way that deformations could be ruled out in every conceivable scenario. Now manufacturers can make better use of the installation space. And safety checks on a new cell are valid for the life of the battery.”

Approval of EVBs for a second life

In the timeline of a battery’s life, the SafeBattery consortium now goes one step further. In the recently launched COMET project SafeLIB, the changes in traction batteries for electric vehicles are being examined in even greater detail together with other partners (LIT Law LAB, Infineon, Fronius, Mercedes) in order to be able to derive safety factors for subsequent use. “Used batteries with a power capacity of 80 percent are no longer suitable for electric vehicles, but they are very suitable for stationary energy storage or for machine tools. For the first time, we are determining generally valid parameters in the area of safety,” says Ellersdorfer, describing the project.

The researchers will use the world’s only test bench technology for battery safety at the Battery Safety Center Graz, which opened at the end of 2020. There, the early life of a battery cell can be examined at an unprecedented level of detail. The legal framework for re-usability (e.g. the question of liability for consequential damage) is also taken into account. In addition to the so-called “state of health”, which reflects the existing residual capacity and performance of a battery cell, a “state of safety” should ultimately be defined, by which the safety status of a battery can be assessed over the entire life cycle. SafeLIB runs for four years and ends in 2025. The Austrian Research Promotion Agency FFG is funding the project with a total of 6 million euros (see FFG Fact sheet).

The two research projects are anchored in the Field of Expertise “Mobility & Production” one of five strategic focus areas of TU Graz.

Further articles on the topic: