Cells are connected by gap junctions, which are vital for a healthy heart. 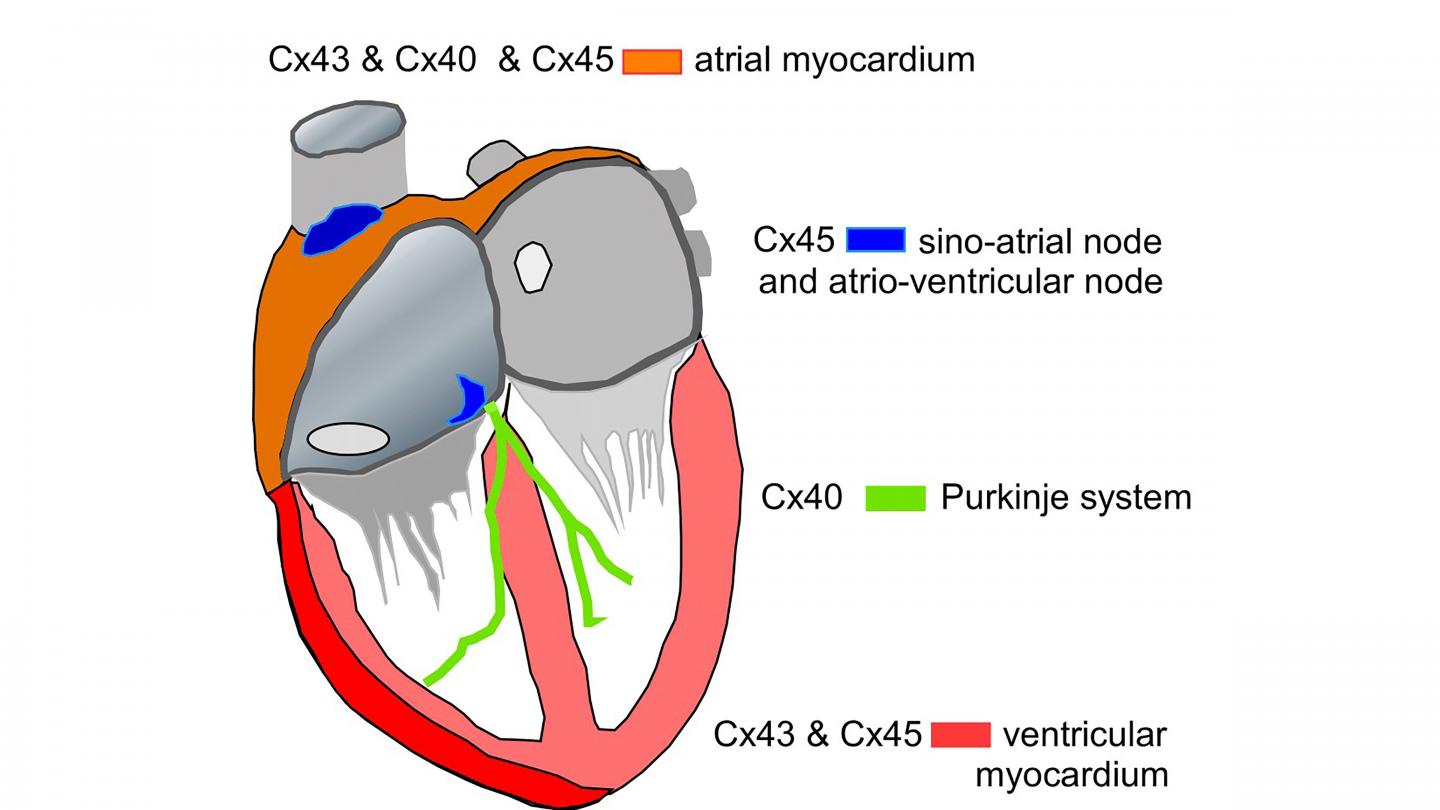 WASHINGTON, July 13, 2021 — The rhythm in a working heart is regulated by electrical impulses. Disturbances of this bioelectrical process can result in cardiac arrhythmias, or irregularities in heartbeat — a common ailment that can lead to illness and death.

In Biophysics Reviews, by AIP Publishing, researchers from Harvard Medical School provide a state-of-the-art update on how electrical impulses in the heart travel from cell to cell.

A functioning heart contracts to pump blood to the body and the lungs. Within the heart, a pacemaker acts as an electrical clock, sending out a signal that tells the heart when to contract. The whole muscle moves together, because each individual cell inside of it contracts in a coordinated manner and within a short time interval.

In order to do so, the initial electrical impulse, sent by the pacemaker, rapidly spreads through cells across the heart.

The connections between cells forming the low resistance pathway and facilitating the current flow are called gap junctions. Each consists of many channels, which are formed when specific proteins from one cell dock and fuse to the proteins from another cell. Kléber said the fusing proteins look like placing the tips of your fingers on one hand to the fingers on the other hand.

The scientists delve into the properties of gap junctions and their constituent proteins, the so-called connexins. Kléber said one reason gap junction channels are interesting is because they are a highly dynamic system in equilibrium. The creation, or synthesis, of the channels equals the destruction.

“The turnover is very short,” he said. “On one hand, the system is very stable during your whole life. On the other hand, if you measure it, it is constantly cycling in periods of a few hours.”

The proteins found in gap junctions are important for processes not directly related to cell-cell connections, like mitochondrial function, which creates energy, and trafficking, which transports molecules from the site of synthesis to their site of action in the cell interior.

“You have to refrain from the idea that if you define the role of a protein in the body, that it has only a single function,” said Kléber. “Nature is much, much smarter than human beings.”

The article “Coupling between cardiac cells – an important determinant of electrical impulse propagation and arrhythmogenesis” is authored by André G. Kléber and Qianru Jin. The article will appear in Biophysics Reviews on July 13, 2021 (DOI: 10.1063/5.0050192). After that date, it can be accessed at https://aip.scitation.org/doi/10.1063/5.0050192.

Biophysics Reviews publishes research studies and comprehensive review articles of new and emerging areas of interest to the biophysics community. The journal’s focus includes experimental and theoretical research of fundamental issues in biophysics in addition to the application of biophysics in other branches of science, medicine, and engineering. See https://aip.scitation.org/journal/bpr.