Casting a genetic net, eDNA identified more marine vertebrates than traditional surveys but has its limits 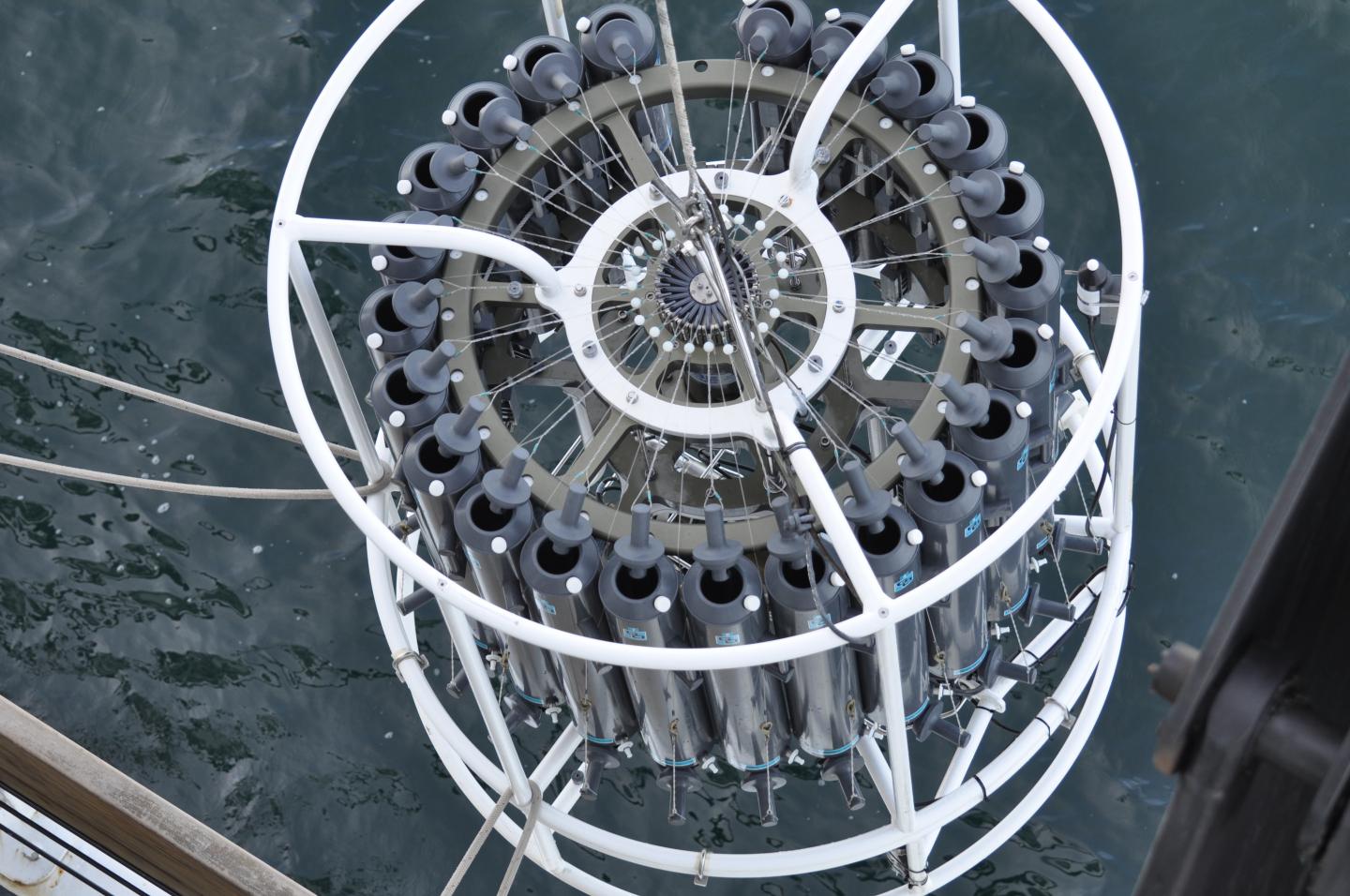 The findings published in Frontiers in Marine Science demonstrate that environmental DNA, or eDNA, can add valuable detail to longstanding marine surveys. They revealed the presence of important species that usually evade trawl nets such as great white sharks and salmon. Ongoing collection of eDNA can also help detect environmental changes when marine life shifts habitat with changes in the ocean, the study found.

“eDNA is adding details that we might not get any other way, and giving us a more complete picture,” said Collin J. Closek, an Early Career Science fellow at the Center for Ocean Solutions at Stanford University. Closek is lead author of the paper with other scientists from Stanford University, University of California Santa Cruz, and NOAA’s Southwest Fisheries Science Center.

Marine life constantly sheds bits of genetic material into surrounding water. eDNA techniques capture that DNA from water samples and identify the species it comes from. New laboratory sequencing methods help scientists examine many samples at once. They have made eDNA an increasingly powerful tool for detecting the range of species that have passed through the water.

In fact, Closek said that collecting water samples and archiving them can provide a lasting record of the DNA record at a particular place and time. This allows scientists to tap that data years later.

“This helps us most in identifying species distribution,” said Elliott Hazen, a research ecologist at the Southwest Fisheries Science Center and coauthor of the study. “With rapid sampling at unprecedented scales, once we understand what it is telling us, we can get a lot of information about marine life across a large area relatively quickly.”

The method does not provide all the answers, though. For example, current eDNA sequencing results do not yet allow researchers to count the number or abundance of each species. They do not identify the age or size of the species represented. This means that eDNA will not replace traditional monitoring such as trawl or acoustic surveys any time soon.

Closek and his colleagues worked aboard the NOAA Ship Reuben Lasker in 2016 and 2017. They joined NOAA Fisheries’ Rockfish Recruitment and Ecosystem Assessment Survey, which has evaluated the California current forage community since 1983. The eDNA team collected 131 one-liter samples of water in roughly the same places where the ship deployed trawl nets. They collected samples of juvenile rockfish and other forage species. Observers aboard the ship also simultaneously counted the number of marine mammals and seabirds seen during daytime hours. The scientists then compared the results.

It was the first survey of eDNA across such a wide geographic scale on the West Coast.

“The eDNA analysis detected both the fish and marine mammals in the habitats that we would expect to find them, which gives us greater confidence in the technology to provide accurate details of the species present across the ecosystem,” he said. “It may sound basic, but this is an important step in validating this powerful new method of surveying marine life.”

Comparing 2016 to 2017, there were differences between the organisms present and their distribution. In 2016 the remnant warmth from a marine heat wave known as “the Blob” was dissipating. Unusual warm-water species were widely spread through West Coast waters.

In 2017, more normal conditions returned. Many of those unusual organisms diminished and eDNA found greater differences between the marine vertebrates present in different areas. These results indicate that eDNA results can help track changes in the environment.

“We don’t have the resources to survey everywhere for everything, and eDNA expands our reach,” said Alexandria Boehm, a professor in the Department of Civil and Environmental Engineering at Stanford and senior author of the new study. “Now that we know that the methods are in some agreement, it validates the methods so that people feel more confident using eDNA.”