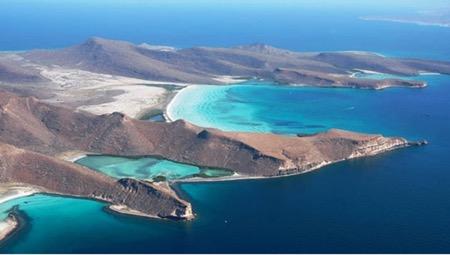 What drives the evolution of new species of sharks and rays? Traditionally, scientists thought it required species to be separated by geographic or spatial barriers, however a new study of elasmobranchs (the group of sharks and rays) has challenged this expectation – and found evolution is happening faster than many think.

The team discovered four types, or ‘young species’, of guitarfish that have similar external appearance but are genetically different.

Each type of guitarfish appears to have adapted to one of the four separate regions of the Gulf of California. This promotes environmental tolerances which result in those guitarfish having improved odds for survival and reproduction in the region where they were born.

“We have shown that these four guitarfish species evolved quite quickly from the same common ancestor,” says Dr Jonathan Sandoval-Castillo.

“The process where several new species originate from one ancestor in a relatively short period of time is called adaptive radiation, and this is the first report of such a process in sharks and rays. Our results help changing the false popular belief that sharks and rays do not evolve, or only evolve very slowly,” says Prof Luciano Beheregaray.

These findings also have important implications for the management of exploited elasmobranch species, such as guitarfish in the Gulf of California which represents an important fishery for Mexico.

If these young species adapt and evolve to their local habitat conditions, they cannot be replaced by migrants from other habitats.

“If such species are incorrectly managed as a single stock, it can result in the over-exploitation and possibly extinction of the entire species.”