A scientist at Osaka City University has discovered skyrmions with half-integer topological numbers in a ferromagnetic superfluid. 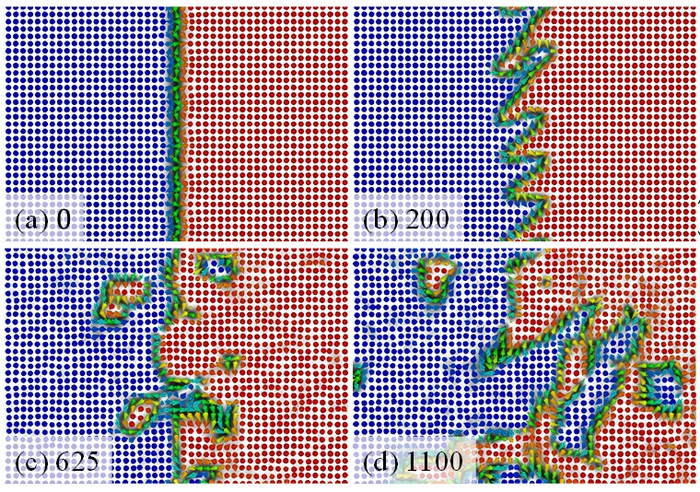 A scientist at Osaka City University has discovered skyrmions with half-integer topological numbers in a ferromagnetic superfluid.

“This may bring about a major change in the long history of research on skyrmions,” states Hiromitsu Takeuchi, lecturer at the Graduate School of Science and the Nambu Yoichiro Institute of Theoretical and Experimental Physics (NITEP), Osaka City University, and sole author of the study.

Skyrmions, a type of phase defect that forms when the symmetry of a system is spontaneously broken in a phase transition, have a dominant effect on the macroscopic behaviour of the system wherein they occur. Thus, understanding skyrmions has been theorized as fundamental in governing the physical properties of systems with spontaneous symmetry breaking (SSB). To explore this, scientists have turned to ultra-cold superfluids like Bose-Einstein condensate (BEC) as these near absolute-zero atomic gases are free from the effects that hinder understanding of its intrinsic properties – essentially becoming quantum simulators. “Based on the results of another recent study, I had predicted that an unknown asymmetric topological defect would appear in the ferromagnetic phase of BEC,” states Lecturer Takeuchi, “however I was quite shocked when I found it was a new type of skyrmion.”

In a new study published in the American Physical Society’s journal Physical Review A, Lecturer Takeuchi has shown the generation mechanism of this eccentric fractional skyrmion to be in contrast to that of conventional skyrmions.

As spin currents are applied to a magnetic domain wall (DW), the internal structure of a DW undergoes a transition from one phase to another. Depending on the strength of the spin current, scientists have observed two types of DWs to form in a BEC, antiferromagnetic (AF)-core and broken axisymmetry (BA)-core DWs, classified according to the local magnetization of the wall. The new skyrmion is generated from an instability that can be regarded as the magnetic quantum fluid equivalent of the Kelvin-Helmholtz instability (KHI) known in fluid dynamics, where the spin-upward and spin-downward domains are considered as two fluids. In the KHI mechanism, magnetic skyrmions enclosed in the DW are released from a BA-core DW. A conventional skyrmion has an integer topological charge, “similar to how an ordinary charged particle has only an integer amount of charge, which is a multiple of its elementary charge,” points out Lecturer Takeuchi. “In the BEC system however, numerical simulations on instability in the BA-core DW indicated the generation of an eccentric skyrmion with a half-integer quantum number.”

Until now, the smallest unit of the topological quantum number of an isolated skyrmion has been recognized as unity, but this study suggests it can be half of that. The author observed through numerical models that this was due to the spontaneous formation of a spin singularity inside the new skyrmion. These formations are not favored because it raises the energy of the system, “Yet it appears this new skyrmion, which is located where magnetism and nematic order coexist,” remarks Lecturer Takeuchi, “plays a role in suppressing the energy increase caused by these singularities.” It is hoped that the vantagepoint acquired from this study will allow the realization of this new skyrmion in other fields, such as particle physics and spintronics.

We are Osaka City University – the oldest research university in Osaka. With 9 undergraduate faculties and 11 graduate schools all dedicated to making urban life better, energy cleaner, and people healthier and happier, we have won numerous awards and have produced 2 Nobel laureates. For more information, please visit our website at https://www.upc-osaka.ac.jp/new-univ/en-research/

Spin-Current Instability at a Magnetic Domain Wall in a Ferromagnetic Superfluid: a Generation Mechanism of Eccentric Fractional Skyrmions