Eating your vegetables is easier said than done

The landmark EAT-Lancet report on food in the Anthropocene sets ambitious targets; putting it into action, however, will require policymakers to make sustainable food systems a top-level priority; a new article charts a path forward 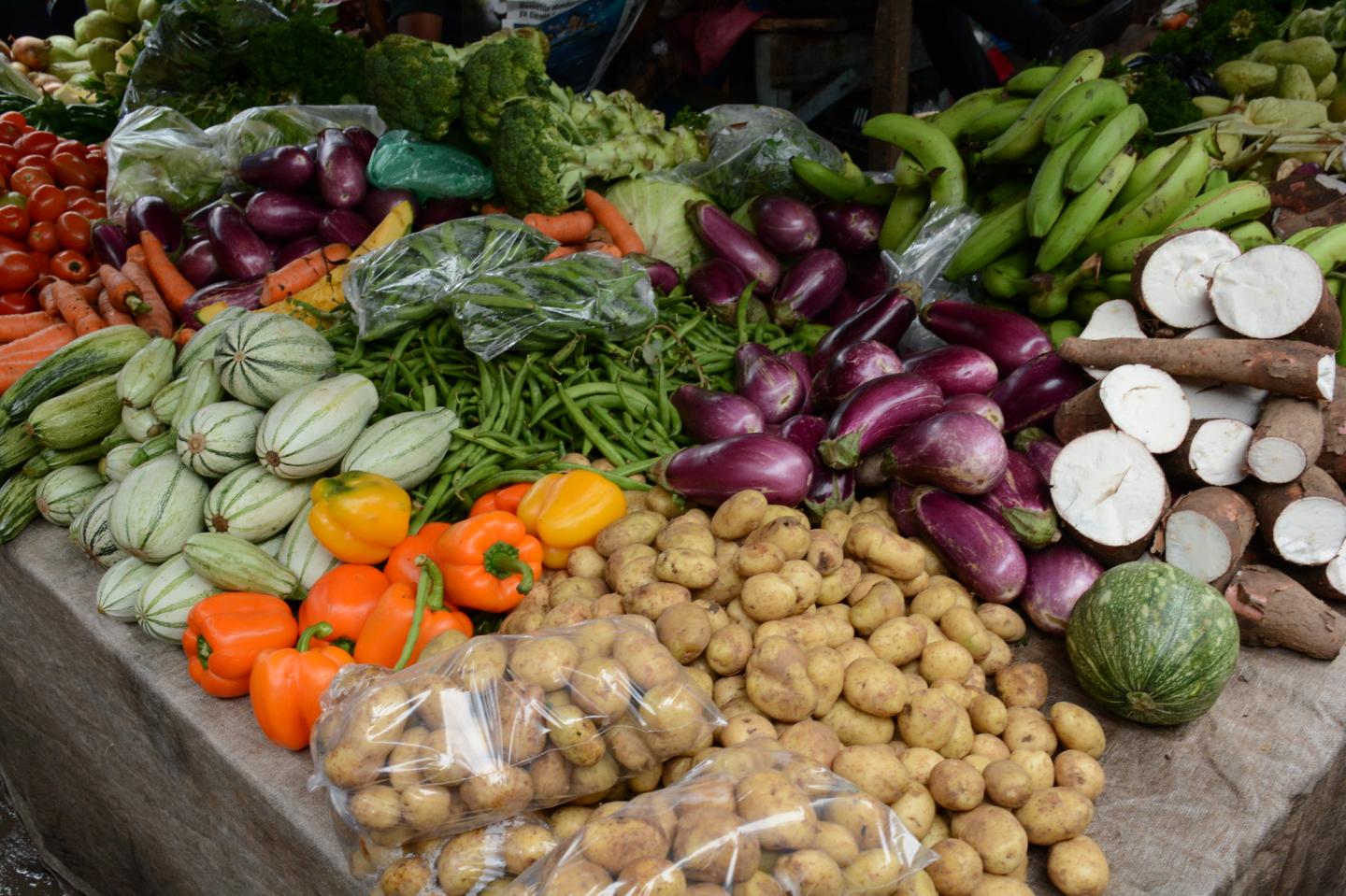 “Food systems have the potential to nurture human health and support environmental sustainability; however, they are currently threatening both.” This sentence, the opening statement of the EAT-Lancet Report published last year, reflects a growing consensus among global experts on food, nutrition and the environment: Our food system is broken and we need to fix it, fast.

To do so, the EAT-Lancet authors propose a “universal healthy reference diet” that is rich in fruits, vegetables, whole grains, legumes and nuts; and low on red meat, sugar, and highly processed foods. Undertaken at a global scale, this diet would be both good for the planet and the 10 billion people predicted to live on it by 2050.

The good news is this massive food systems transformation is possible.

The bad news is that putting it into action will require an unprecedented level of global cooperation.

Operationalizing the EAT-Lancet diet will require research and bold action on at least five broad themes: economics, politics, cultural norms, equity and governance, according to a group of authors that includes members of the EAT-Lancet commission.

Their analysis was published in Nature Food in August and was led by Christophe Béné of the Alliance of Bioversity International and CIAT. The article will be open-access until early September.

“If we really want to enact this change we need to look beyond the technological advances that will contribute to food system transformation,” said Béné. “There is a whole series of tricky and challenging changes that come along with it.”

In outlining the five priorities, the authors not only point to knowledge gaps but also emphasize real-world actions, some of which are already happening, that will be integral to systemic change.

“To fully realize the recommendations laid out in the EAT Lancet report, policymakers will need to prioritize food systems as a top development agenda. Researchers have an important role in providing the evidence of what works and potential trade-offs to policymakers so they can adapt and prioritize to their own local context,” said Jessica Fanzo, Professor at Johns Hopkins University, EAT-Lancet co-author and the Lead of the 2017 High Level Panel of Experts Report on Nutrition and Food System.

Co-authors included Lawrence Haddad, the Executive Director of the Global Alliance for Improved Nutrition (GAIN) and recipient of the 2018 World Food Prize.

EAT-Lancet’s reference diet works for people with access to, the money to buy, and the time to prepare healthier meals. But an estimated 1.6 billion people today do not have the money needed for a healthier diet, according to one study.

The costs of the transformation are unknown: changing land use and food production practices, and reducing food waste (which makes up about 30 percent of all food produced), and research is needed to estimate these costs.

For poor consumers, an already productive strategy has been the provision of discounts for healthy foods, perhaps rerouting production subsidies to the demand side of the economy. Land tenure rights, which incentivize productivity and are critical to conservation goals, could be guided by international technical guides.

The “global syndemic” of obesity, undernutrition and other health risks caused by poor diets – which together are the leading cause of poor health globally – require a thorough shakeup of the food system’s status quo. This will require a complex combination of regulation and incentives to guide industrial food production toward healthier food products.

Often overlooked players in the food system, such as the world’s 500 million smallholders, can contribute if there is scaled-up support to produce and consume a greater variety of healthy food.

More public research and development funding should be invested in non-staple, nutritious foods that can benefit small producers, the authors argue.

Other trends that must continue include increased public sentiment in favor of buying local and holding multinational food producers accountable for their role in unhealthy diets.

“The difficulties in implementing the required food transformations may therefore not be so much about the technicalities of the change, as they may be about the realpolitik of that change,” the authors write.

Consumers will be a key driver of the food system transformation. But increased wealth in middle-income countries is already driving transformation in the wrong direction – toward higher meat consumption and away from traditional, healthier foods that are deemed “foods of the poor.”

“Unhealthy norms emerge all the time, as foods high in fat, sugar and salt become more widely available and marketed at lower prices throughout the world,” write the authors. “Guiding cultural norms towards sustainability may also be challenging, more so because of the infinite diversity of diets from place to place, and the weak or incomplete evidence base on which to encourage these changes.”

A 50 percent reduction in global red meat consumption is core to the EAT-Lancet diet. Such a dramatic shift would improve health and help conserve land that would be otherwise cleared for meat production.

But rural poor in many parts of the world would see their diets improved by consuming more animal-sourced protein, showing that any policies related to meat consumption need to be adapted to local contexts. Poorly nourished women and young children in low-income countries should increase their meat consumption, according to numerous studies.

“Beyond this specific example, the food transformation debate also needs to consider issues of social justice while averting promoting the message that changes involve only high-income countries,” write the authors.

Women tend to represent a higher proportion of food system workers. They need additional protections, as do migrant laborers who are vital to harvest seasons worldwide. Child labor and slavery are not uncommon in the seafood industry.

Finally, the paper says that building the capacities of societies and decision-makers to navigate these different challenges may not be easy but it will be necessary. Grabbing the attention of governments that already need to focus on numerous, often competing priorities – including poverty, migration, security, natural disasters and pandemics – will not be easy.

“There is an urgent need to equip decision-makers at all levels with knowledge and skills to operate in this space,” writes Béné.

The authors conclude: “The EAT-Lancet report did an excellent job of waking the world up to the interlinked issues of health and environment and showed that diets are the common denominator. But, at the crux of the great food transformation is the critical issue of science-policy interactions.”