Eat or be eaten: Street food vendors resist and adapt to changing society 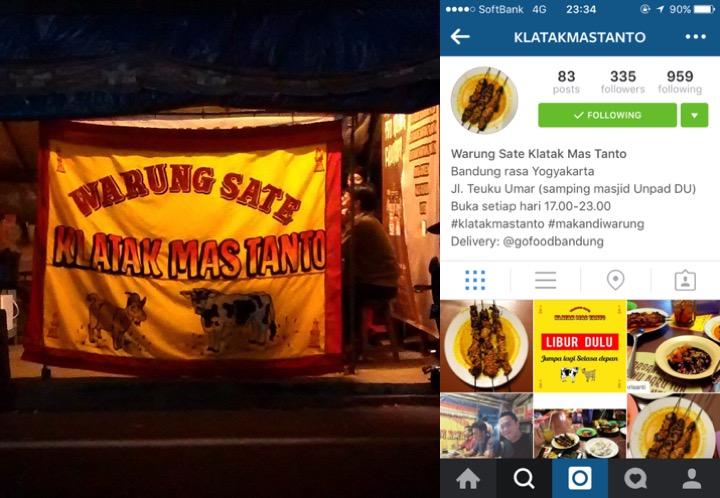 Kanazawa, Japan – Street food vendors are ubiquitous in low- and middle-income countries. They offer up quick, cheap, and diverse food and drink, while also serving as sources of employment and socialization. Yet because the stalls block sidewalks and supposedly drag down real estate values, urbanization projects commonly try to ban or relocate them.

Street vendors, however, are not all the same, and are remarkably resilient.

A study out of Japan’s Kanazawa University tried to gain a comprehensive view of how street vendors resist and adapt to changing, urbanizing society. In examining vendors in the rapidly-growing city of Bandung, Indonesia, the study found ways the vendors forged relationships and adopted new tactics. The findings were published in the journal, Asia Pacific Viewpoint.

“Instead of just looking at informal vs. formal, and people vs. state, I took the view of ‘people as infrastructure,'” researcher Prananda Luffiansyah Malasan says. “Through this discourse, people support each other socially and economically to sustain their livelihoods. They engage in a sort of everyday politics.”

Such mutual support is vital as cities try to modernize and attract investment and tourism. The state often sees street vendors as hurting cities’ attractiveness and going against urban order. Urbanization plans commonly seek to prohibit or relocate the vendors. This pattern is continually seen in cities like Hanoi, Bangkok, and Guangzhou. The vendors, in response, sometimes rally and raise their voices, but many adopt softer strategies of mobility and self-preservation.

Malasan found Bandung had used both aggressive zoning laws and relocation tactics to stifle vendor activity. This, however, led to a rise in “intermediary” systems of informal local “organizers” and paid protection, essentially thugs, to keep official authorities away. Vendors themselves sometimes use social skills and soft politics.

For instance, one popular soto ayam (spicy chicken soup) vendor chats up his customers in local dialect, accommodates their personal preferences, and remembers their names. He also collaborates with nearby vendors on items such as drinking water and tissues. When meals are done, he makes the rounds of his suppliers, taking time to talk with each of them. These actions ensure his customers will come back, other vendors look out for him, and even amid shortages he can get necessary supplies.

The informality of street vending has also expanded the characteristics of vendors. Some are seasonal. Some are reasonably well off. Some use modern marketing tactics.

Malasan found a type of middle-class street vendor who use their daytime office talents to run side hustles as food vendors at night. These vendors combine old and new. For instance, one company employee by day actively promotes his small nighttime food stall using Facebook, Twitter, and Instagram accounts.

“I found street vendors use subtle forms of resistance,” Malasan says. “As social infrastructure, they build networks, employ protection, and bring in new techniques. They show that fighting back against aggressive urbanization can be inventive and understated.”

Scientists use catalysts to destroy cancerous cells from within