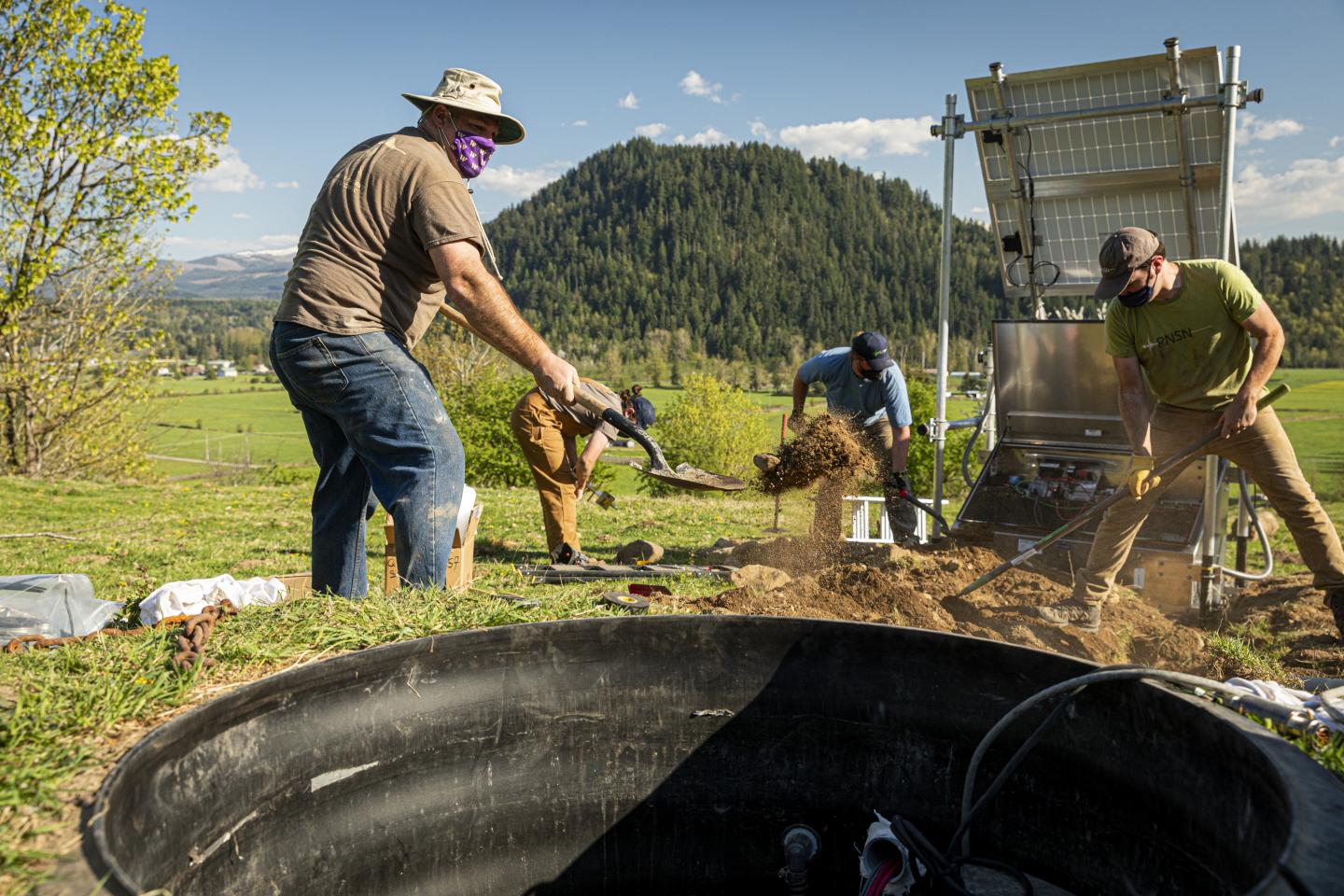 When the Big One hits, the first thing Washington residents notice may not be the ground shaking but their phone issuing a warning. The U.S. Geological Survey, the University of Washington-based Pacific Northwest Seismic Network, and the Washington Emergency Management District on Tuesday, May 4, will activate the system that sends earthquake early warnings throughout Washington state. This completes the tri-state rollout of ShakeAlert, an automated system that gives people living in Washington, Oregon and California advance warning of incoming earthquakes.

“For the first time, advance warning of imminent earthquake shaking will be a reality in our region. Even just seconds up to a minute of warning is enough to prepare yourself and take cover — actions that may spare you from injury or even save your life,” said Harold Tobin, a UW professor of Earth and space sciences and director of the PNSN, which conducts the seismic monitoring in Washington and Oregon.

Once the system goes live on May 4, the first signs of an earthquake above a magnitude 4.5 or 5, about when the shaking becomes noticeable indoors, will trigger an alert and a reminder to drop, cover and hold on. Warning times range from a few seconds to tens of seconds depending on the user’s distance to the epicenter. The launch will be silent — there will be no test on May 4.

The PNSN operates a growing network of about 230 seismic stations in Washington and some 155 stations in Oregon that provide data for ShakeAlert. When four or more of these instruments detect unusual shaking, that motion is analyzed by computers, some of them on the UW campus, that quickly calculate the size and location of the event.

People connected to the Wireless Emergency Alert system (the same system that produces AMBER alerts), will now get earthquake alerts for events of magnitude 5 or greater, using a similar interface. Alerts for events of magnitude 4.5 or above will be integrated into Android devices, where screens will also show the earthquake’s approximate magnitude and location. When people get an alert, they should use the brief warning to seek immediate protection, following this safety advice. No downloads are required – find out how to get alerts.

The ShakeAlert system, similar to existing early warning systems in Mexico and Japan, began sending alerts to Californians in 2019 and to Oregonians in March. With the addition of Washington state, the system will now issue warnings to millions of people at risk from the largest possible earthquake in the lower 48 states — a rupture of the offshore Cascadia Subduction Zone, a 700-mile fault that runs from California’s Cape Mendocino to the tip of Canada’s Vancouver Island (discovered in part through UW research). The alerts will also warn of potentially damaging earthquakes that are more likely to occur sooner, on one of two dozen crustal faults in the Puget Sound region alone, or deeper slips on the underlying ocean plate. The system works by detecting the first signs of an earthquake before the slower-moving but more damaging ground-shaking waves arrive.

The PNSN began testing the ShakeAlert system with select Washington and Oregon businesses, utilities and organizations in 2015. Besides the individual alerts on phones, the system will be available for organizations or businesses to incorporate into their emergency plans — for instance, to close water valves, slow trains to prevent derailment, halt surgeries or pause sensitive equipment before the shaking starts.

“Business in the pilot program have used these alerts to close valves for water natural gas, stop rotating equipment and alert employees. We have also partnered with Stanwood Elementary School, which has connected the system to its PA system so students can do earthquake drills that use ShakeAlert,” said PNSN communications manager Bill Steele, who has coordinated the regional test users.

Scientists at the PNSN are continuing to improve the system. About 65% of the planned seismic stations in the network are complete in Washington state. PNSN field teams will install more seismometers through late 2025 in places like the Olympic Peninsula and eastern Washington.

“The network is successfully detecting earthquakes now, but that doesn’t mean we can’t make it even better. We’re continuing to install seismometers and improve algorithms to make the alerts faster and more reliable, to give people more warning time and lower the chance of any missed events or false alarms,” Tobin said.

Initial development of the earthquake alert system by three West Coast universities, including the UW, began a decade ago and was funded by the Gordon and Betty Moore Foundation. The buildout of the system was funded by Congress, with major grants administered by the USGS in 2015 and 2019, and completed by federal and state agencies working with a consortium of four West Coast universities: the UW; the University of Oregon; the University of California, Berkeley; and the California Institute of Technology.